North Korean dictator Kim Jong-un publicly rebuked his top officials on Wednesday for the second time since the reclusive tyranny admitted to a coronavirus outbreak for the first time.

In the latest tongue-lashing, Kim referred to his henchmen as “immature,” which suggests some of them might not be getting much older.

According to North Korean state media, Kim railed that “immaturity” among disaster response officials revealed “vulnerable points” in his government and increased the “complexity and hardships” facing the people. 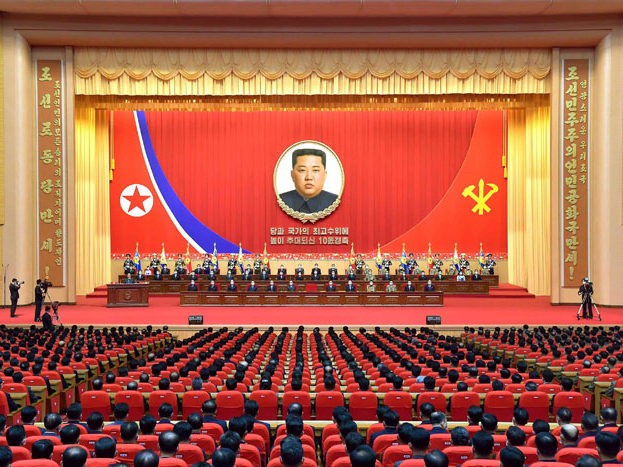 “The crisis facing us offered a test board to distinguish between the merits and demerits of all working systems of our state,” the dictator said, demanding “redoubled efforts” to stabilize the situation.

“The Presidium of the Political Bureau analyzed the reality in which the leading officials of the Party and state organs fail to properly handle affairs in the current health crisis due to shortage of their experience, and studied and discussed the issues of enhancing their leading role, creativity and activity,” state media wrote in its summary of Kim’s meeting with his officials, providing what passes for positive spin in North Korea. 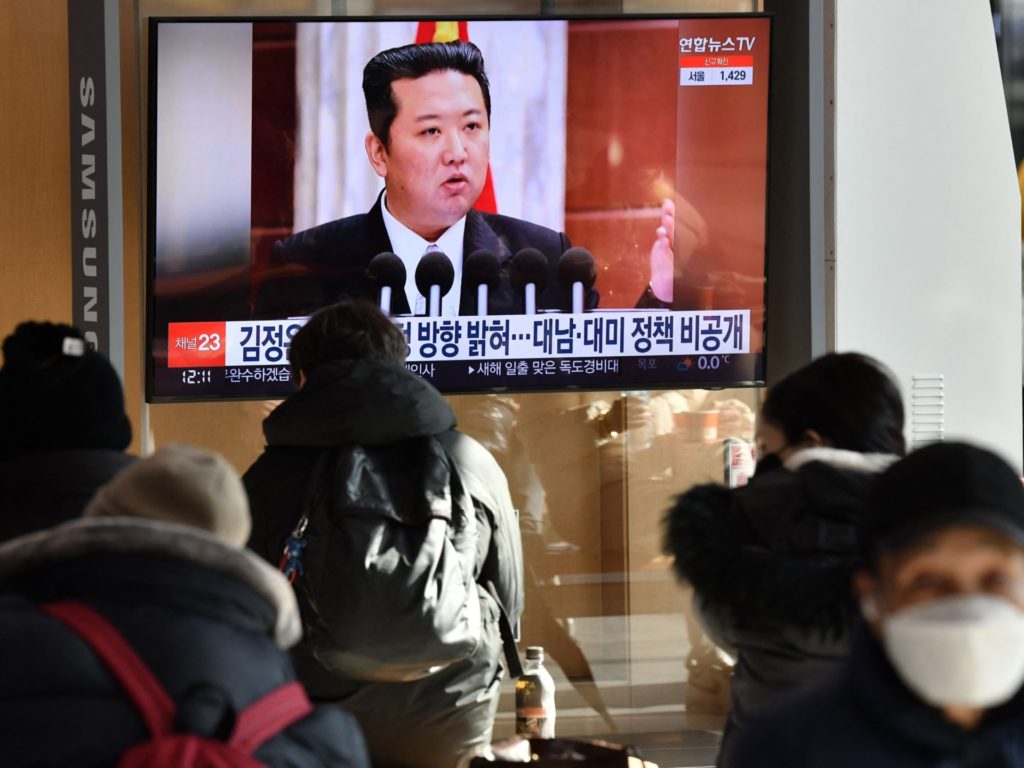 People watch a television news program showing a picture of North Korean leader Kim Jong-un attending a plenary meeting of the Central Committee of the Workers’ Party of Korea, at a railway station in Seoul on January 1, 2022. (JUNG YEON-JE/AFP via Getty Images)

In response, North Korean officials insisted there has been a “favorable turn” in the outbreak, thanks to the “efficiency and scientific accuracy” of Pyongyang’s response.

The Ministry of Public Health said that North Korea’s pharmaceutical plants have “produced medicines and supplied them to treatment organs and citizens,” without going into detail about what those medicines might be, since the regime has rejected all offers of coronavirus vaccines from more advanced countries.

“Officials of preventive and curative organs at all levels have scrupulously organized the work for informing the people of common sense necessary for prevention and treatment of the epidemic and directed all efforts to thoroughly ensuring accuracy in the intensive medical examination into all inhabitants,” the ministry said.

According to the always-unreliable data provided by the communist state, North Korea’s first acknowledged coronavirus outbreak has accounted for 1.72 million infections, about 233,000 of them symptomatic, and 62 fatalities. Outside observers noted that North Korea does not have the resources or expertise to accurately monitor the spread of Chinese coronavirus.

“Lacking public health tools like vaccines, antiviral pills and intensive care units that lowered hospitalizations and deaths in other nations, North Korea has been relying on finding people with symptoms and isolating them at shelters,” France24 reported on Wednesday.

North Korea officially confirmed its first Chinese coronavirus infection last week and ordered lockdowns in response to the “severe national emergency.” The World Health Organization (W.H.O.) said on Tuesday that Pyongyang has not responded to requests for data about its outbreak.

Adding to the sense that Kim needs some scapegoats to string up is the embarrassing likelihood that North Korea’s massive coronavirus outbreak began with a huge military parade in April. Soldiers who participated in the parade were among the first acknowledged cases in the outbreak, and many of them became symptomatic after returning to their posts in various parts of North Korea.