A huge trove of documents and photographs from police in Xinjiang province, obtained by hackers and released in an extensively vetted report on Tuesday, offers further documentation of the Chinese Communist Party’s horrific human rights abuses.

The files include photographic evidence of mass detention and abuse, including of very young children from the oppressed Uyghur Muslim minority.

The trove, collectively referred to as the Xinjiang Police Files, was originally obtained in 2018 by hackers and provided to Dr. Adrian Zenz of the Victims of Communism Memorial Foundation (VOC).

Zenz, one of the world’s leading investigators of the Uyghur genocide, enlisted an international media consortium to painstakingly validate the pictures and documents over the ensuing years, resulting in the bombshell report release on Tuesday.

Zenz said the “revelations are very disturbing,” as they provide “frank police implementation directives” and proof of the “personal involvement” of top Chinese officials, including dictator Xi Jinping.

Photos taken inside the camps bear little resemblance to the “voluntary vocational training centers” China portrays them as:

“For the first time, the files provide researchers with thousands of images of detained Uyghurs, as well as photos of police guards wielding automatic weapons and handcuffing and shackling detainees during camp security drills,” the VOC noted.

“The Xinjiang Police Files prove that China’s so-called vocational training centers are really prisons. These documents conclusively demonstrate that Beijing has been lying about its gross human rights violations in Xinjiang. The international community must take immediate and concrete action to hold China accountable for these atrocities,” VOC President Andrew Bremberg said on Tuesday.

The Xinjiang Police Files include over 5,000 “mug shots” of Uyghurs, over 2,800 of them confirmed as concentration camp detainees. Some of them were visibly in distress when photographed by their Chinese captors, who often appear in the photos wielding batons to keep the detainees in line.

Fifteen of the detainees photographed by the Xinjiang police have been confirmed as minors, the youngest just 15 years old. 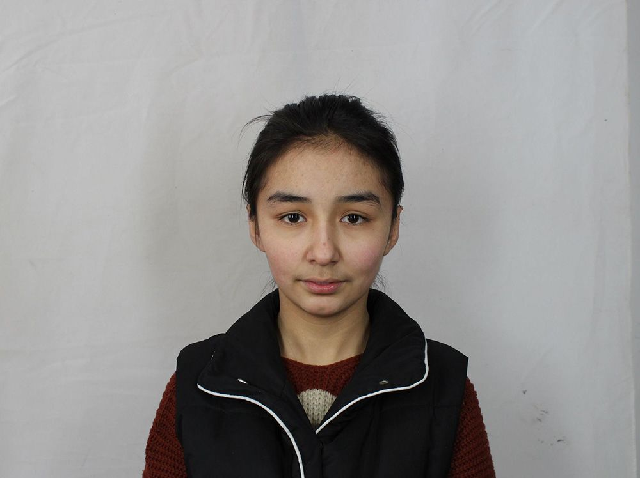 Photos of even younger children appear in the Xinjiang Police Files, but researchers were not able to determine if they were detained in the camps:

On the other hand, many of the detainees were elderly, some in their seventies: 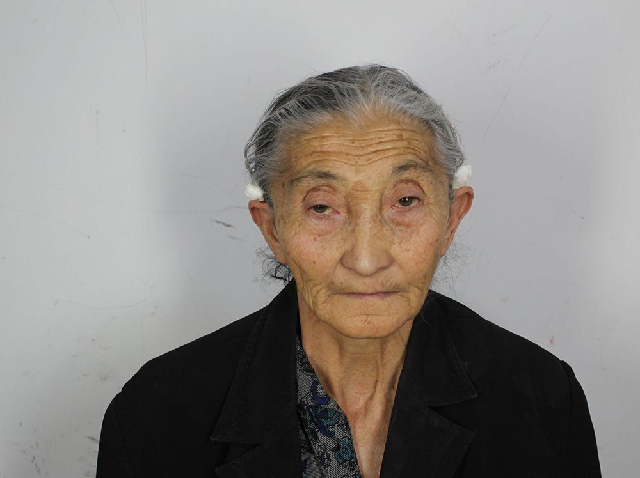 “In terms of visual evidence that evokes sympathy and an emotional response, this collection of documents stands apart from what we’ve seen so far,” professor Tim Grose of the Rose-Hulman Institute of Technology told Foreign Policy on Wednesday.

“The cache reveals, in unprecedented detail, China’s use of ‘re-education’ camps and formal prisons as two separate but related systems of mass detention for Uyghurs – and seriously calls into question its well-honed public narrative about both,” said the BBC, which has been reviewing the Xinjiang Police Files since the beginning of this year.

“The documents provide some of the strongest evidence to date for a policy targeting almost any expression of Uyghur identity, culture or Islamic faith – and of a chain of command running all the way up to the Chinese leader, Xi Jinping,” the BBC wrote in an extensive pictorial essay.

Many of the photo records highlighted by the BBC included detention files that did not even bother to invent a reason why the Uyghur man or woman in question was sent to the camps. Some were imprisoned for nonsensical “crimes” such as visiting other countries, practicing their Islamic faith, or merely being related to other detainees with “strong religious leanings.”

A 58-year-old man named Tursun Kadir was sentenced to 16 years in detention for “growing a beard under the influence of religious extremism.” Photos from the Xinjiang Police Files showed that his Chinese captors shaved off his beard. 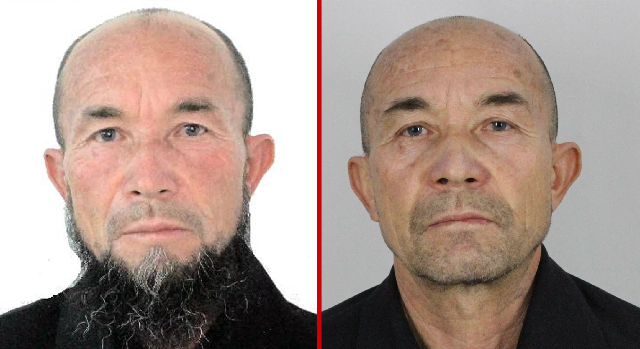 Tursun Kadir, sent to the Xinjiang concentration camps for growing a beard, which was removed in detention (Victims of Communism Memorial Foundation)

The BBC noted that the file names given to these photos suggested the Chinese state was feeding them into a “huge facial recognition database.”

In December 2020, independent researchers discovered Chinese telecom giant Huawei was designing a race-based “ethnic identification system” that could pick Uyghur faces out of crowds. At least a dozen Chinese police departments have been caught using A.I. systems designed by other companies that can visually profile Uyghurs based on their ethnic features.

“I couldn’t stop my tears. All of them look like my dad or my brothers. Every [pair of] eyes looks like [they are] asking me, ‘Please help me,’” a woman named Rayhangul Abliz told ABC after spending the night vainly searching for photos of her missing family.

Some Uyghurs felt relief that China would no longer be able to whitewash the atrocities of Xinjiang in the face of such overwhelming photographic evidence, while others were horrified by the thought that so many missing Uyghurs were not included in the massive trove of documents and pictures. Five thousand photos cover just a tiny fraction of the estimated 1 to 3 million detainees in the Xinjiang camps.

The release of the Xinjiang Police Files brought condemnations of the Chinese Communist regime from across the civilized world, as chronicled by the International Consortium of Investigative Journalists (ICIJ):

German Foreign Minister Annalena Baerbock addressed the new findings in a video conference with her Chinese counterpart Wang Yi and “called for a transparent investigation” into the allegations, according to a ministry statement.

The release comes at a tense moment for the international community, as U.N. High Commissioner for Human Rights Michelle Bachelet is making her long-delayed visit to China. Human rights activists fear the visit will be a farce stage-managed by the Chinese Communist Party, but the bombshell release of so much documentation could make a whitewash harder to pull off.

According to Chinese state media on Tuesday, Bachelet has done nothing so far except praise China for its “important achievements in economic and social development and in promoting the protection of human rights.” 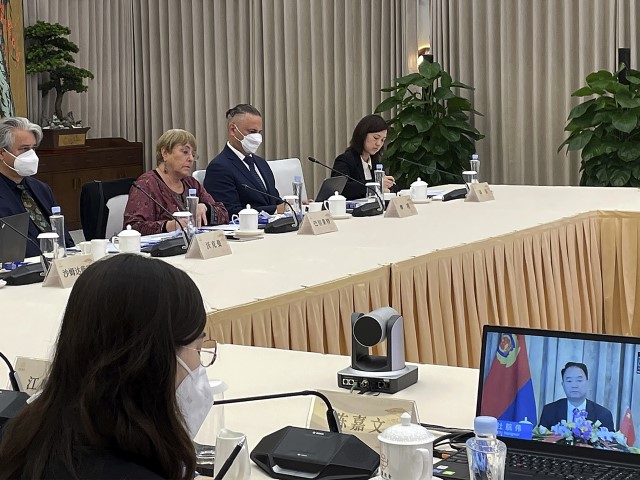 “It is just the same trick they used to play before,” Wang sputtered. “The lies and rumors they spread cannot deceive the world, nor can they hide the fact that Xinjiang enjoys peace and stability, its economy is thriving and its people live and work in peace and contentment.”

Wang said on Wednesday that dictator Xi Jinping spoke with U.N. High Commissioner Bachelet in a virtual meeting, but refused to answer questions about whether the Xinjiang Police Files were discussed.