Ayman al-Zawahiri, the leader of the international jihadist terror organization Al-Qaeda, “is confirmed to be alive,” a United Nations report revealed on Tuesday.

“Ayman al Zawahiri, the head of Al Qaeda who served as Osama bin Laden’d deputy on 9/11, ‘is confirmed to be alive’ and is ‘communicating freely,’ according to a report from the United Nations’ Analytical Support and Sanctions Monitoring Team [sic]. Additionally, the UN said the Taliban-Al Qaeda alliance remains strong,” the Foundation for Defense of Democracies’ Long War Journal relayed on July 19.

“While it is not news that Zawahiri is alive, well, and communicating comfortably, some terrorism analysts previously claimed Zawahiri was dead as recently as Nov. 2020. While not explicitly stated, Zawahiri is likely operating inside Afghanistan,” the journal noted. 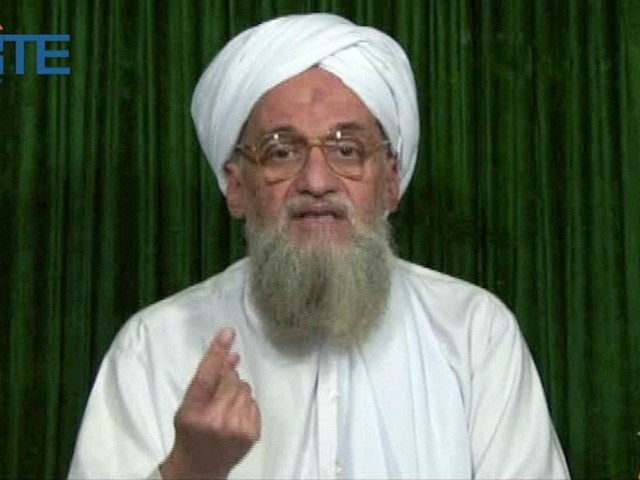 This handout picture of a video grab provided by the SITE Intelligence Group on February 12, 2012 shows Al-Qaeda’s chief Ayman al-Zawahiri at an undisclosed location making an announcement in a video-relayed audio message posted on jihadist forums. (AFP PHOTO/SITE INTELLIGENCE GROUP)

The Taliban seized control of Kabul on August 15, 2021, ousting the Afghan national capital’s U.S.-backed government after it had administered Afghanistan for nearly two decades. The Sunni Islam-based organization has since enforced sharia, or Islamic law, as the basis for Afghanistan’s law code, as it did when previously ruling Afghan’s seat of government in Kabul from 1996 to 2001.

The Taliban’s resurgent rule in Afghanistan over the past year has allegedly facilitated a rejuvenation of its longtime affiliate, Al-Qaeda, according to the U.N. report cited by the Foundation for Defense of Democracies on Tuesday.

“Member States note that al-Zawahiri’s apparent increased comfort and ability to communicate has coincided with the Taliban’s takeover of Afghanistan and the consolidation of power of key [Al Qaeda] allies within their de facto administration,” the U.N. Analytical Support and Sanctions Monitoring Team noted in a recent report on the status of Al-Qaeda.

“[Al-Qaeda’s] leadership reportedly plays an advisory role with the Taliban, and the groups remain close,” according to the analysis.

Al-Zawahiri appeared in a video released online on April 5 in which he praised an Indian Muslim woman for shouting, “Allahu akbar,” (“Allah is the greatest” in Arabic) to a group of Hindu nationalists in southern India’s Karnataka state in February. Al-Zawahri referred to the February 8 Hindu-Muslim clash in Karnataka during a nine-minute video. His address was posted online by As-Sahab, which is Al-Qaeda’s official media wing.