Villagers from a mostly Christian fishing community in India’s southern Kerala state have been demonstrating for months against a $900 million port project, which they believe is damaging the environment and ruining their livelihoods.

On Wednesday, several hundred members of a Hindu group staged a counter-protest in favor of the port – and, judging by the slogans they shouted, very much not in favor of the Catholic Church.

The port project is headed up by Adani Ports, a company owned by the richest man in Asia, Gautam Adani. Adani’s multinational corporation is primarily concerned with energy and port construction, although he is also following the hot trend among billionaires and buying a major media operation, New Delhi Television (commonly known as NDTV).

Since Adani is a major ally and business partner of Indian Prime Minister Narendra Modi, critics fear NDTV will be considerably less independent once this hostile takeover is completed. Adani has said he intends to allay these concerns by inviting NDTV founder and Modi critic Prannoy Roy to stay on as chairman after the acquisition. Prannoy Roy and his wife, NDTV cofounder Radhika Roy, do not seem terribly enthusiastic about this proposition. 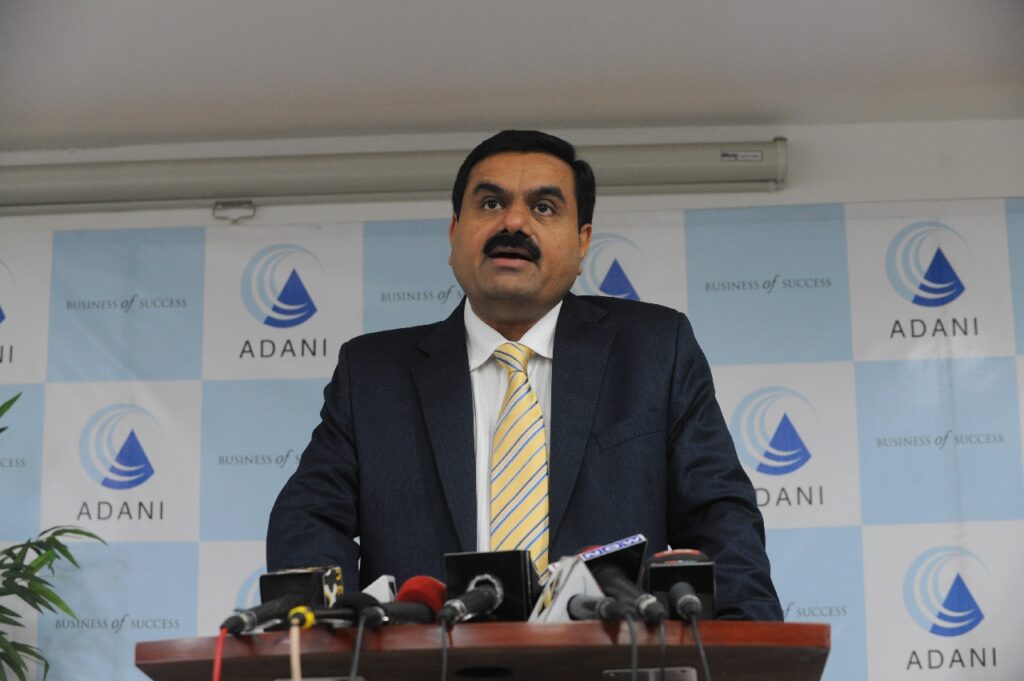 The controversial port project, located in Kerala state’s capital of Vizhinjam, is touted by backers as a major job creator for the area, a container transportation hub that could become as large and important as the massive ports in Singapore and Dubai. Adani believes the port would prove especially competitive against Sri Lanka, where China has invested heavily in infrastructure.

Reuters Insight: As fisherfolk protest, billionaire Gautam Adani's $900 mln south India port hangs in the balance. A shelter built by the fishing community blocks the entrance of Vizhinjam port. Construction is stalled. It's a rare challenge for Adani https://t.co/fSthawEMo0

The project was launched in 2015 and was supposed to be completed in 2019, but work was delayed by weather and the Wuhan coronavirus pandemic. The current timeline calls for completion in May 2023 at the earliest.

Adani Ports insists the project will comply with all relevant environmental regulations, but the fishermen and some Kerala state officials disagree, claiming the project is causing significant coastal erosion. The villagers and their church representatives say the project was pushed forward over their objections and without granting them promised representation on its steering committee.

About a hundred days ago, the villagers began holding peaceful demonstrations outside the construction site, frequently in the company of Catholic clergy. The protests grew more vigorous over time, bringing a halt to construction, especially after the villagers built a 1,200-square-foot shelter that blocked the entrance to the site.

The protests continued despite court orders to allow work to resume. Police officials openly stated they were reluctant to act against the demonstrators for fear the situation would escalate into sectarian warfare.

“We are holding back from using forces to avoid any untoward incidents. What if someone threatens or commits suicide? All hell will break loose,” a local police officer told Reuters last week.

“We can’t rule out the possibility of this spiraling into communal tensions. We are strategically positioned between the two sides to prevent any such incident,” the officer said.

According to protest leaders and police, 46 demonstrators and 36 police officers were injured in the scuffle. Police officials said the protesters “came with lethal weapons, and barged into the station, and held the police hostage, threatening that if people in custody were not released, they would set the station on fire.”

Protest leader and archdiocese vicar-general Eugine H. Pereira, in turn, accused the police of throwing stones at the demonstrators.

“The government has scripted the issue for crushing the protest against the port,” Pereira charged.

“I won’t justify the violence. It was really unfortunate. I would like to express my grief over the injured police officials. I hope such incidents won’t repeat,” he said.

On Wednesday, a Hindu group including members of Modi’s Hindu nationalist BJP party held a counter-protest to support construction of the port and set up their own camp down the road from the villagers’ shelter.

“This port, which takes India far ahead on the global stage, cannot be sacrificed. We can’t risk having a situation where people shy away from investing in the state of Kerala,” declared counter-protest organizer K P Sasikala.

Sasikala is the president of Hindu Aikya Vedi (“Hindu United Front”), a feisty militant group in Kerala that has become a thorn in the side of local BJP leaders. She was accused several years ago of using hate speech to incite violence in a dispute over sacred Hindu ground that was excavated inside a Catholic church. Her group’s general platform is that Modi’s BJP is not doing enough to protect Hindu interests against extremists from other religions.

Vizhinjam police realized the counter-protest could become a brawl between Sasikala’s group and the Christian villagers, so they denied permits for the Hindu march. When that did not stop the demonstration, the police erected barricades and prevented the counter-protesters from reaching the port entrance.