The navies of India and France ended planned joint exercises on Tuesday in which French officials expressed interest in expanding the country’s sales of military equipment to New Delhi — a clear attempt at dethroning India’s current top weapons supplier, Russia.

India and Russia have long maintained friendly ties in large part due to Moscow’s willingness to sell India missile systems, tanks, and other heavy-duty military equipment. Following Russia’s decision to expand its nearly decade-long war with Ukraine last year, triggering European and American sanctions that repressed the price of its fossil fuels, India has greatly increased its purchases of Russian oil and coal. Ukraine’s European allies have pressured India to side with Kyiv and abandon trade ties to Russia, but Indian officials have firmly refused, noting Europe’s own dependence on Russian natural gas and the fact that Russia was willing to arm the Indian military when western Europe and America were not. 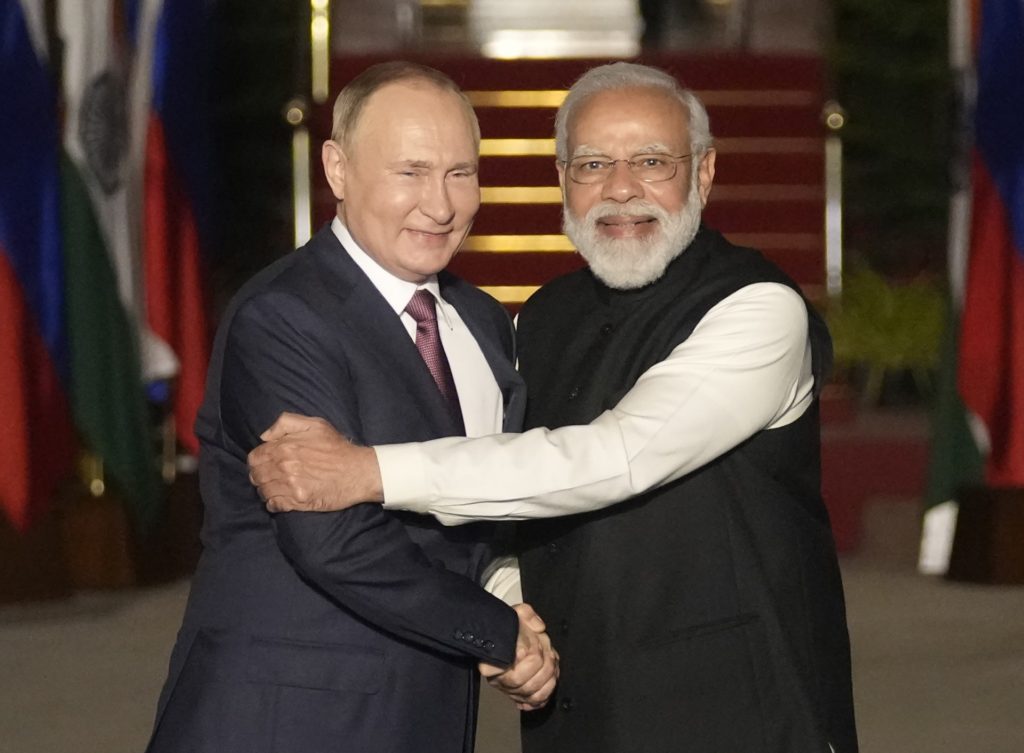 France is second only to Russia in selling military technology to India and enjoys one of the warmest relationships with India of any European nation. The Indian Navy celebrated the five-day VARUNA maritime exercises, held in the Indian Ocean, as a “visible representation of the excellent cooperation” between the two countries in a statement on Tuesday, offering few details but heralding it as a success and sharing some photos of the event.

“We have great cooperation on strategic issues. There is an extreme level of trust for the countries to commit to each other,” Lenain said in response to a question from the Indian outlet the Print. “No other country can commit to delivering the best technology to the Indian forces without any kind of restrictions. We are committed not just to Make in India but also step further and co-develop and co-manufacture with India.”

French ambassador to India: "No other country can commit to delivering the best technology to the Indian forces without any kind of restrictions. We are committed not just to Make in India but also step further and co-develop & co-manufacture with India."https://t.co/P58M7aMWHS

“Make in India” is Hindu nationalist Prime Minister Narendra Modi’s campaign to attract global manufacturing to India and encourage Indians to buy domestically made products, itself a direct challenge to China that received a significant boost in light of the Chinese Communist Party imposing years of mandates to combat the Chinese coronavirus, resulting in languishing production and riots in some of the country’s most important factories.

On military equipment, Lenain said, “India is looking to diversify its suppliers and obviously France is a great option.” Lenain suggested France and India could also cooperate on the development of a fighter jet engine and that France could negotiate the sale of Rafaele M fighter jets.

“I must stress that no other country is so committed to making available to Indian forces the best technology, without restrictions,” Lenain emphasized, “and to such a level to not only meet ‘Make in India,’ but also to go forward to co-develop and co-produce equipment.”

“India is looking to diversify its suppliers and obviously I think that France is a great, great option, and we are working on major equipment cooperation together,” the Times of India, citing TNN, quoted the ambassador as saying.

“AIP technology is known to enhance the endurance of conventional, or non-nuclear, submarines from about 24 hours to 14-21 days,” Defense News explained, allowing India to upgrade its current fleet without having to replace them.

Indian diplomats have expressed public resentment towards Europe on the matter of equipping their armed forces in light of European pressure to limit or end all trade with Russia. Russia became India’s top oil supplier last year and has equipped India with missiles and other critical weapons, something External Affairs Minister S. Jaishankar reiterated in irritated comments in October.

“We have a long-standing relationship with Russia, and this relationship has served our interests well,” Jaishankar explained at the time. “We have, as you know, a substantial inventory of Soviet and Russian-origin weapons, and that inventory actually grew for a variety of reasons – you know, the merits of the weapon systems themselves.”

“But also because for multiple decades, Western countries did not supply weapons to India, and in fact saw a military dictatorship next to us as the preferred partner,” he noted, referring to Pakistan.

“Europe imported, in the same period, six times the energy which India did … if it is a matter of principle why didn’t Europe cut on the first day? Why didn’t on 25th February, a complete cut off of energy imports from Russia?” Jaishankar asked, referring to the first day of the full-scale Russian invasion of Ukraine last year. “You can’t say it’s my principle but by the way, I will do it by my timing.”