MISSION, Texas – A bipartisan delegation of the Senate Homeland Security and Governmental Affairs Committee (HSGAC) was at Anzalduras Park on the Rio Grande border on Saturday. Breitbart Texas was there when Chairman Ron Johnson (R-WI), ranking member Tom Carper (D-DE), and committee member Ben Sasse (R-NE), finished their Rio Grande tour of the war-torn region near Reynosa and Matamoros.

The Park is located across the river from Reynosa and Matamoros, and security was tight with two armed escort boats and at least one helicopter overhead. The region is currently the scene of a bloody war between factions of the Gulf Cartel and the violence appears to be escalating. It is also the region where two U.S. Army veterans are currently missing. 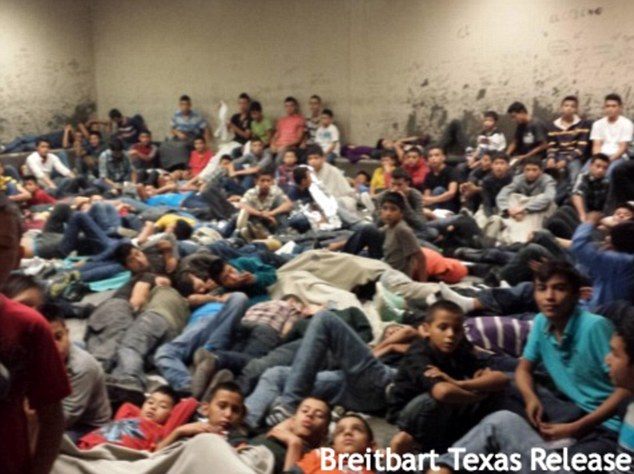 According to a statement obtained by Breitbart Texas, the three Senators traveled to Corpus Christi, Hidalgo, and McAllen to meet with border patrol agents, area ranchers, and area law enforcement. Their schedule included observing aerostats and an unmanned aircraft system (UAS) used to detect illegal crossings and smuggling activities. They were also to visit a port of entry, tour a Border Patrol station, and one of the centralized processing centers that handled a large surge of the unaccompanied children last summer.

Sen. Ron Johnson said, “One of my top priorities as chairman of the Senate Homeland Security and Governmental Affairs Committee (HSGAC) is to work to secure our border. During my 31 years of problem-solving in a manufacturing setting, I learned you have to go to where the problem is in order to find effective solutions. I look forward to this fact-finding trip where members of my committee and I can gain a greater understanding of the terrain, manpower, infrastructure, technology and challenges that we must address as we begin crafting legislation that will actually work.”

Sen. Tom Carper said, “This trip to the southern border is an important opportunity to hear from the men and women who live and work along this stretch of land, and will help us gather insight and information to improve our approach to border security and work toward fixing our broken immigration system. Over the years, I’ve learned that we must make strategic and cost-effective border security investments while also addressing the underlying causes – the lack of hope, economic opportunity, and security – in Central America that lead so many undocumented migrants to make the dangerous journey to the United States. In the coming months, our Committee will have additional opportunities to take a hard look at these root causes and other critical issues affecting our borders and ports of entry. I look forward to working with Chairman Johnson, Senator Sasse, and the rest of my Congressional colleagues as this important process moves forward.”

“I am eager to see firsthand the challenges our Border Patrol agents face on our southern border. I am optimistic that the information we receive will help us pursue fact-driven, constructive solutions on securing our borders.” said Sen. Ben Sasse.

After touring the area, the Senators got off the border patrol boats, and Senator Carper told the approximately 20 border patrol agents on the scene that:

“On behalf of all of us, Democrats and Republicans, members of the House and Senate on the Homeland Security Committee, thank you for what you are doing. There is a Hindu saying that ‘In the joy of others, we find our own.’ You do some hard work. I hope you find some joy in what you do because the work you do is very important. I think you are being proactive in times that are coming. Our job is to make sure you have the resources you need.” 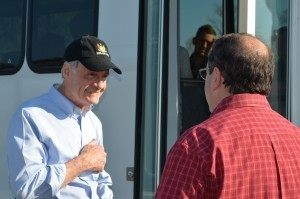 As the group was leaving, Breibart Texas’ Bob Price introduced himself to Democrat Sen. Carper and asked him if he would entertain some questions. Carper declined comment saying the group was “behind schedule.”