SAN JUAN, Texas — The increase in cartel spillover violence in South America has forced Paraguay’s police special forces to seek the help of agencies with ample experience in dealing with cartels and organized crime groups who cross borders to kidnap and commit other crimes. This led the elite South American police unit to seek help from Texas border-area SWAT.

“Paraguay is going through an evolution process, the same way we have evolved in finance and commerce we have also seen an evolution in organized crime,” said Paraguay National Police Sgt. Juan Maldonado in an interview with Breitbart Texas. 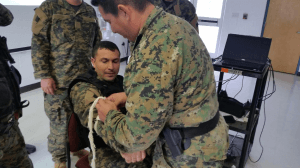 Paraguay has seen a spillover of organized criminal activities from countries such as Colombia, Brazil and Argentina which manifests itself in home invasions, kidnappings, and shootouts with drug traffickers, Maldonado said.

For more than six months San Juan police worked with Paraguay to get the joint training program in place, where over the course of 20 days not only will the visitors receive training in SWAT tactics, hostage negotiations and the use of explosives but they will also share their tactics in dealing with rural policing and jungle tactics with Texas police.

“They had the resource to pick any team, we are honored that they chose the LEERT and the City of San Juan,” said Police Chief and LEERT Commander Juan Gonzalez. “They have the same type of problems we have they have here in the border with Mexico, they have home invasions, kidnappings  and so forth … We have spillover crime from Mexico, they have spillover crime from Brazil, Argentina and even as far as Colombia.”

As Breitbart Texas previously reported the Texas border regularly sees a number of crimes tied to drug and human smuggling such as home invasions. Instead of a common house burglary on the Texas border the term refers to a number of gunmen storming a house looking to steal a drug load or drug cash. In some cases the invasions have turned into shootouts with deadly consequences. Another type of crime unique to the Texas border deals with cartel kidnappings where a team of cartel hitmen whisk away their target in order to collect stolen money or drugs and then take the person to Mexico where they are tortured and executed, however in some cases the hitmen have taken innocent victims by mistake, Breitbart Texas previously reported.

Gonzalez started the LEERT in 2009 as a way to unite some of the smaller police departments along the Texas border in order to have a SWAT team ready to deal with dangerous situations. Since then, the LEERT has worked closely with local, state and federal agencies and has been used in the takedown of major cartel figures in the area as well as other high risk operations.

“San Juan (Texas) is just miles from the border, we too have our border where people who are not from our nation are there coming in to carry out organized crime activities just like in San Juan where they have cartels here,” Paraguay’s Sgt. Maldonado said. “They have the experience in how to clash with them, how to operate in difficult situations.” 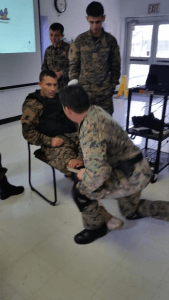 According to the Special Forces Sgt., the shootouts that Paraguay’s police officers have seen have been tragic in nature with six officers losing their life in one clash while taking down 11 cartel gunmen.

“We are obligated to come to the U.S. and get the training we need in special operations, hostage negotiation and other tactics so that we don’t have casualties in our teams,” Maldonado said. “Anytime an officer loses his life it becomes a major blow to the entire police department.”