Four Illegal Immigrants stuffed in the trunk of a car used for human smuggling were captured by U.S. Border Patrol agents at an immigration checkpoint about 80 miles north of the Texas border. The checkpoint is located in Brooks County where more than twenty bodies of human smuggling victims have been found this year.

The rescue took place when U.S. Border Patrol agents at a checkpoint in Falfurrias encountered an American woman trying to drive a vehicle through the checkpoint when a police dog alerted agents to the trunk of her car, information released by U.S. Border Patrol to Breitbart Texas revealed.

When agents open the trunk of the car they found three Guatemalans and one Mexican citizen who were drenched in sweat from the heat inside the vehicle, the information revealed. The men were offered medical attention but declined; the woman driving the vehicle was arrested and is expected to face charges. 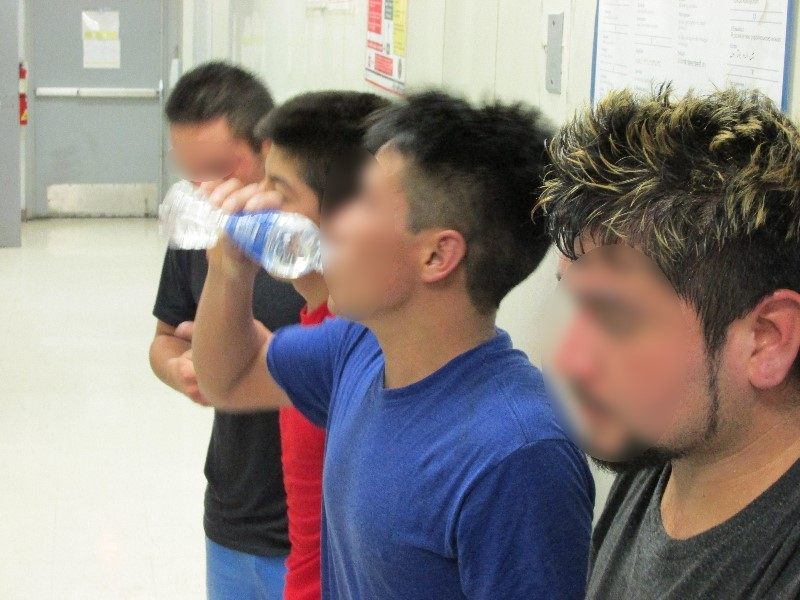 The agents noted in the information that in case of an emergency the immigrants would not have been able to open the trunk of the car.

As Breitbart Texas previously reported, just last week Border Patrol agents rescued two illegal immigrants stuffed inside a speaker box in the trunk of another car in a separate case.