Four Texas State House Republicans sided with Democrats on Thursday and voted against a pro-life amendment to H.B. 2510 which would have banned abortions after 20 weeks where there is an alleged genetic disability of the fetus. The amendment, offered by Rep. Matt Schaefer (R-Tyler), passed by a vote of 83-46.

The amendment was attached to a House Bill relating to the continuation and functions of the Texas Department of State Health Services. The emotional debates have received attention by the media. At one point, Rep. Schaefer refused to yield to Rep. Jessica Farrar, a Democrat from Houston. Although Schaefer’s decision to not yield has faced some discussion, House Rules provide that a member who has the floor has complete “discretion to determine who shall interrupt and when.” 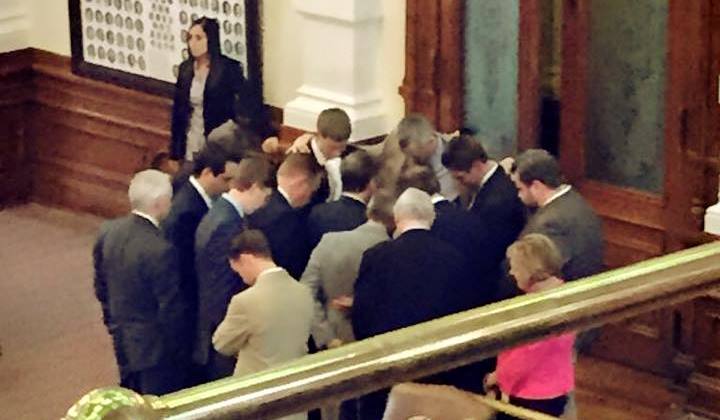 Schaefer’s fight was brought to a halt when the bill the amendment was attached to was pulled. The Republican who authored the bill, Four Price (R-Amarillo), sent it back to committee. The bill had to be recommitted due to a point of order. Fellow Republicans, Rep. Matt Krause and Rep. Jeff Leach took to Twitter on Friday to confirm their fellow Republican’s commitment to pro-life issues. Rep. Krause tweeted “@FourPriceTX is without a doubt a fierce pro-life advocate. His move to table life amd yesterday was to stay consistent w/prior statements.” Jeff Leach responded to Krause’s tweet saying “No one should doubt commitment of @FourPriceTX to the fight for life. Great legislator & great guy.”

Rep. Stuart K. Spitzer (R-Kaufman) is a surgeon, and he urged that  delivering a child with defects, was the right thing to do, “to not destroy it, to not chop it up.” He said that doctors get the diagnosis wrong.

Rep. Schaefer told Breitbart Texas that Texans would be amazed to find out how many times the diagnosis is wrong, or the disability not as severe as was thought. He said this has happened to friends of his; however, Schaefer says “This is really a side issue.” He said “The hands of doctors are for healing and comfort – not destruction.” He said the same rules should apply to fetuses as apply to adults saying “You would not dismember an adult or inject them.” He also said “after 20 weeks, we know that they feel pain.” Schaefer quoted Dr. Seuss saying “A person’s a person, no matter how small.”

Rep. J.D. Sheffield (R-Gatesville), a doctor, spoke against the amendment. He told his colleagues that he had delivered too many babies to count and said forcing a woman to carry their baby to term in such instances was “unethical.” He asked his colleagues in the Texas State House “Why should the heavy, blunt hand of government come into that most heart-rending decision?” A fellow House member described his debate as “very detached” and “heartless.”

Melissa Conway, the Director of External Relations for Texas Right to Life told Breitbart Texas, “The recondite choice to disregard protections for innocent, defenseless babies from discriminatory abortion practices reflects the intent of these four legislators to stand in direct opposition to advancing compelling Pro-Life reform.”

Rep. Schaefer is a Lieutenant Commander in the U.S. Navy Reserve who has served in Afghanistan. He told Breibart Texas “This is an issue that is not going to go away for those who believe in it.” He continued, “I came to Austin to do the right thing, to do things that matter. This is important. If we are not going to get the chance to have our bills heard in committee or get to a hearing, then we will use the procedural mechanisms that are available for us, including amendments.” He said “We have to value what God values.” He said Texas has to get in line with other states, saying most of the other states do not allow this exception. 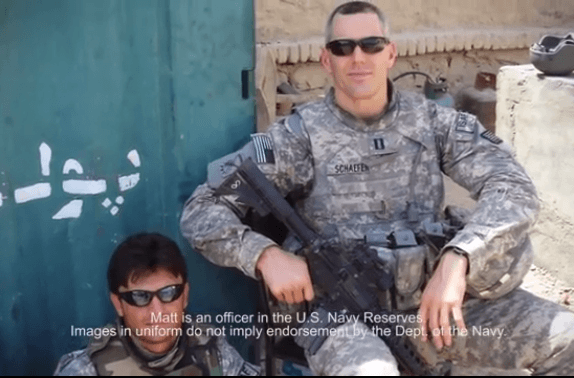 Rep. Schaefer filed a fetal disability bill, H.B. 1976, in February and the co-author of the bill is Rep. Leach. If passed, the legislation would remove the exception in the Texas Health and Safety Code (section 171.046(c)) allowing abortions after 20 weeks where there is a “severe fetal abnormality.” The bill was referred to the House State Affairs Committee on March 12, 2015, but action on the bill has been dormant. Rep. Bryon Cook (R-Abilene) is Chairman of the State Affairs Committee. Both Schaefer and Leach voted against Speaker Joe Straus in the House Speakers race.

Melissa Conway of Texas Right to Life told Breitbart Texas, “We applaud Representative Matt Schaefer for taking a bold stand for all life. Yesterday, Rep. Schaefer clearly demonstrated that regardless of the political fallout from House leadership or the abortion crowd, he will fight to defend those who are voiceless and those who are the most vulnerable. Sadly, Representative Schaefer was persecuted—even by some of his colleagues who self-identify as Pro-Life.” Conway continued, “With majority passage, the most significant Pro-Life amendment championed by Rep. Schaefer would have corrected a tragic loophole in all the state’s Pro-Life laws that allow abortion when the unborn child is perceived as having a disability or an abnormality.” Conway concluded, “The ultimate outcome of the DSHS Sunset bill is yet to be determined. What we do know is that the majority of Texas legislators want to protect ALL unborn babies, even those who are ill and disabled, and simply perceived as less than perfect.”

Rep. Schaefer also introduced Amendment 17 which would have changed reporting requirements for abortion facilities from once a year, to once a month.