CHARLESTON, South Carolina — The rally and march against white supremacy that was supposed to be thousands of people actually only had about 50 at the beginning. The march dwindled to 10 by the time they reached the Mother Emmanuel AME church. Once the group to begin to chant, a woman at the site begin singing “Amazing Grace” to shut their protest down.

A mixed-race group led by Dawn Hill began singing the hymn about twenty feet away. ABC 4 reported, “She says God told her to do it, just like God told her to board a bus for Charleston on Tuesday. She spends her days handing out water and free hugs and words of encouragement to anyone in need in front of the church.” 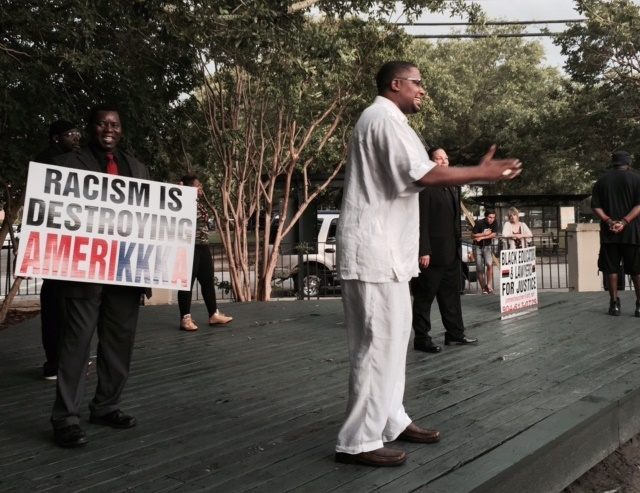 Shabazz tried to intervene and then played the race card, ABC 4 continued:

Shabazz even stepped up in front of Hill and her impromptu gospel quintet and watched them as they sang.

Then, he turned and led his group away from the church towards Meeting Street with several police officers following them. Behind them, the sounds of “Amazing Grace” continued.

Shabazz’s group paused to challenge the officers who asked them to lower their voices, accusing them of racism because they did not try to silence the singers, who were mostly white.

Every member of Shabazz’s group was black.

The event, which was organized by a local Charleston Black Lives Matter activist, suffered numerous organizational problems. It was originally scheduled for Saturday morning at Marion Square, but was postponed until Sunday evening. Multiple locations were given and police who were anticipating a large demonstration put up barricades in Marion Square but nobody at all showed up. 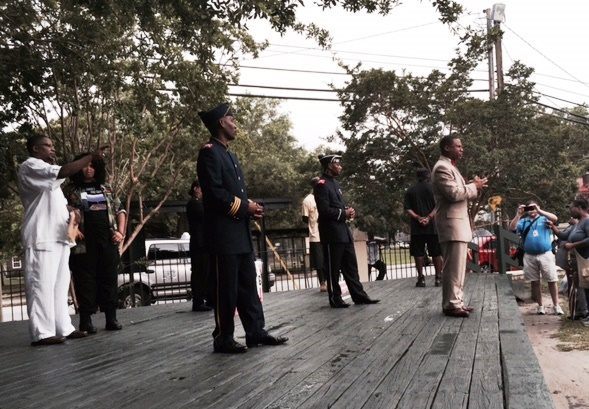 The rally was eventually held in a largely black east Charleston neighborhood but was sparsely attended. As the sky threatened rain, only about 50 audience members listened to a similar lineup of speakers. They had spoken to a crowd of 250 the previous Tuesday.

After Black Lawyers for Justice President Shabazz gave an exclusive interview to Breitbart Texas, the group began to march several blocks away to the church but apparently most of the group lost their revolutionary vigor. 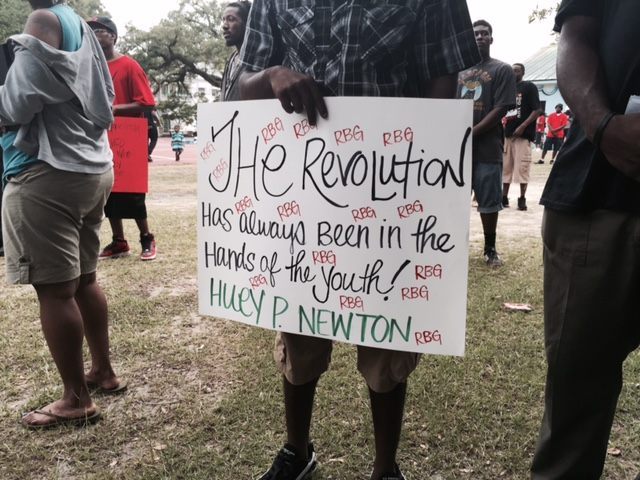