A council of pastors led by some of the largest churches in Texas, filed a brief in the Texas Supreme Court this week asking the court to declare the current Texas public school system unconstitutional. Writing that the current system is “constitutionally inefficient,” the pastors asked the court to direct the legislature to create an efficient system.

Pastor Dave Welch, the Executive Director of the U.S. Pastor Council told Breitbart Texas, “Our basic position is that government education is in a crisis, it is failing. Fundamentally, there is a government controlled monopoly that essentially eliminates lower income families’ access to educational opportunities that may be better for their children.”

The leader of the pastors council continued, “It is time to line-up and take a stand for the educational and moral health of our children. It is time to take off the gloves and eliminate the monopoly education complex.”

The pastors filed the brief in a Texas Supreme Court case that was appealed in the fall of 2014 by Michael Williams in his capacity as Commissioner of Education. Other school districts and the Texas Charter Schools Association are on the other side of the appeal. The Commissioner filed the brief on the merits in April of this year.

Briscoe Cain, a conservative lawyer from Houston, Texas, filed the “amicus curie” (“friend of the court”) brief on behalf of the U.S. Pastor Council in support of the brief filed by Commissioner Williams. 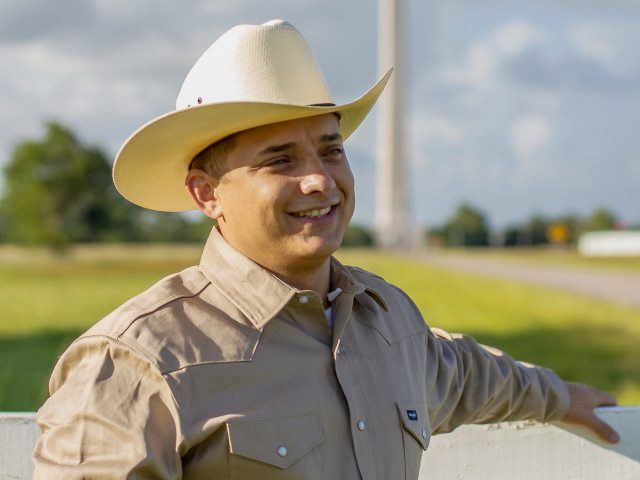 The group of Texas pastors assert that “the exclusion of religious schools for no valid economic reason demonstrates a religious bias and hostility and prevents the free exercise of religion.”

They insist that “Declaring the current system inefficient and that an efficient system must include all qualified suppliers without regard to religion, will avoid the religious issue and clearly not violate the Establishment Clause.”

The U.S. Pastor Council is a nonprofit, bi-partisan coalition of pastors based in Texas representing over one thousand churches with a diversity of ethnic, denominational and cultural backgrounds. The council helps other pastors address social, cultural, policy, and justice issues in their communities.

The Texas leadership of the council includes pastors from some of the largest churches in Texas – Houston’s Second Baptist Church, Grace Community Church, and Iglesia Rios de Aceite Church; First Baptist Church in Dallas; Gateway Church in Southlake; Hyde Park Baptist in Austin; Church of the Open Door in Waco; World Outreach Center in San Antonio; and many others.

Many of the pastors in the council, and the coalition itself, are very involved in K-12 education in public schools and church-based private schools.

The pastors say they “have a vested interest in addressing the profound issues threatening children’s education by the lack of affordable opportunity for choosing the best school for each child.”

U.S. Pastor Council representatives say the council advocates for “education reform that places both responsibility and opportunity in the hands of parents, demands academic and moral excellence of our youth and provides equal opportunity for those standards regardless of the socio-economic status of the family being served.”

The brief filed with the highest civil court in Texas states, “As pastors and religious leaders in the state of Texas we are deeply concerned about the abysmal failure of public education for too many students in the state of Texas. We support and applaud good public schools, of which there are many.”

Citing a 2013 USA Today article, the pastors urge that “over fifty percent of the public school campuses in Texas are failing to meet adequate yearly student progress goals established by the ‘No Child Left Behind’ Act.”

The religious leaders say they have observed the devastation and the blight of human life that occurs when students do not receive the general knowledge guaranteed to them by the Texas Constitution.

The pastors contend that “a government monopoly is an inherently inefficient way of producing quality goods and services for consumers.”

They also “believe that parents have the God-given fundamental right to direct the education and upbringing of their children.”

“Consumer choice and free markets, rather than government coercion and compulsion,” has been proven by history and economics to produce far better, and more efficient, results,” they urge.

The pastors say that is “highly unusual” for them to file a friend of the court brief before the Texas Supreme Court; however, they feel their “voices need to be raised on behalf of efficiency.”

The lawyer for the pastors cites the Edgewood IV case for the proposition that the highest civil court in the state has already held that an efficient system of public free schools need not be operated solely by government employees. Texas already allows private providers to run schools under the Texas Open Enrollment Charter school law; however, the number of these have been “artificially and arbitrarily limited” they argue. They say religious and faith-based character instruction is not permitted in public schools.

The pastors insist that the complete exclusion of religious providers from the public education system “severely implicates religious liberty.” They acknowledge that the issue is not directly before the court but cite the United States Supreme Court. They say the nation’s high court has ruled that including religious schools in a system of public free schools where parents have a choice of which school to send their child, is constitutional. To be constitutional, they urge that the legislature must only adopt a school choice program in which financial assistance is available to a broad number of individuals without regard to religion.

If there are no financial incentives created to attend private over public schools, and benefits are not limited to private school students, “then it is perfectly constitutional for the legislature to include private, faith-based, religious schools in its programs.” Including religious schools does not violate the Establishment Clause of the U.S. Constitution, the pastors argue.

Breitbart Texas talked with the pastors’ lawyer, Briscoe Cain, who said, “The Texas Constitution requires a fair and efficient system that provides a general diffusion of knowledge. Studies have shown that students at religious private schools perform better than those at public and charter schools. Simple economics tells us that market competition leads to the efficient use of resources. The current system of school funding does not make the best use of tax dollars when it disparages a form of education which has lower operating costs and higher student achievement ratings.”

Mr. Cain added, “If you can have a right to send your child to any school of your choosing, why not send your tax dollars with the child. The legislature needs to craft a system that allows the money to follow the child so that parents have a real say in where their children are educated.”