BROWNSVILLE, Texas — Authorities raided an underground casino near the Texas border that had been concealed in a private home in a quiet neighborhood. The raid is part of the ongoing Operation Bishop which as previously reported by Breitbart Texas is an effort by law enforcement to kick out underground casinos. These casinos are not only a magnet for criminal activity, but have also been used as a way to launder money by Mexican cartels operating in the U.S.

Breitbart Texas was present when members of the Cameron County District Attorney’s Office, along with the help of federal agents, stormed the building which at first glance appeared to be a regular house. 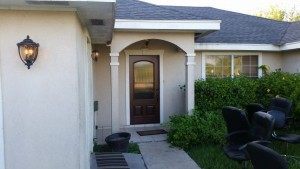 Authorities found an underground casino inside this average looking home.

Authorities went in quickly arresting the casino owners and detaining the players who covered their faces to avoid being photographed. Once that was done, they began to gather the evidence and dismantle the gaming devices so they could take them and seize them. 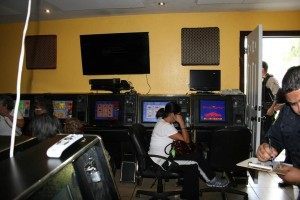 Two people running the casino ended up in handcuffs while eight individuals who were gambling received misdemeanor citations for taking part in the illegal activity.

In Texas, while coin-operated video gaming machines are legal, taxed and licensed; the practice becomes illegal when the establishment pays out cash for their winnings or gives out prices higher than a certain established value. 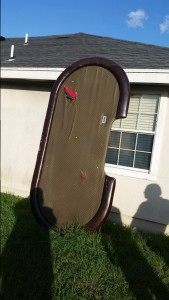 Poker table that had been previously used in the underground casino 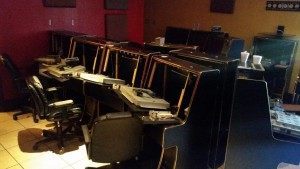 “I’m glad they got them,” one of the neighbors who did not want to be identified by name said in Spanish. “At first they had a lot of people coming at night but then it was at all hours people kept coming and going.”

The neighbor stated that while most of the players appeared harmless, other individuals who associated with the people running the casino did not look like upstanding citizens.