Almost all of the marijuana and the methamphetamine that are seized in the U.S. are coming from Mexico, according to a new report.

Most illegal substances are crossing through the area known as the Rio Grande Valley in Texas and through the Arizona border.

As Breitbart Texas has reported, the Rio Grande Valley has been ground zero for a surge in human smuggling at the hands of Mexico’s Gulf Cartel. In addition to flooding the Texas border with millions of pounds of marijuana, the criminal organization has been pushing hundreds of thousands of illegal immigrants through their areas of influence. The move has allowed the criminal organization to overwhelm the enforcement and detention capabilities of the federal government.

The new stats on the drugs arriving almost exclusively from Mexico come from the advocacy group Drugabuse.com; based on figures and statistics from U.S. Customs and Border Protection, as well as the FBI and DEA. The information was initially published by the Washington Examiner this week. 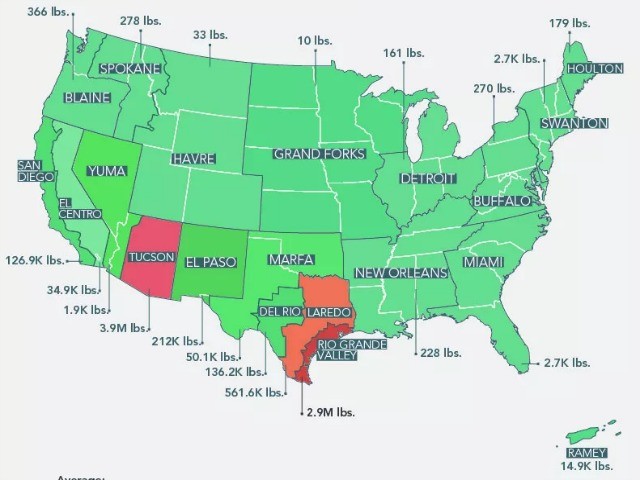 Despite the staggering number of seized drugs, cartels continue to move large quantities into the U.S., according to the report.