Mexican authorities arrested three reporters, the close relative of a politician, and two hitmen in connection with the January murder of a border city columnist known for his strong criticism of public officials. Authorities revealed that the homicide is likely tied to his journalism and it is believed that the hit was politically driven.

This week, Mexico’s Attorney General’s Office and the Tamaulipas Attorney General’s Office made a joint announcement about the arrest of six men tied to the January murder of Carlos Dominguez Rodriguez. The columnist was ambushed in the streets of Nuevo Laredo, Tamaulipas, and stabbed to death in front of his daughter and grandchildren, Breitbart Texas reported at the time. Soon after, the local press in Nuevo Laredo went silent and no protests were held in the city as has been the practice in other Mexican locales when a journalist dies unexpectedly. Breitbart Texas reported that organized crime in the area silenced local news outlets to keep them from drawing attention to the case. 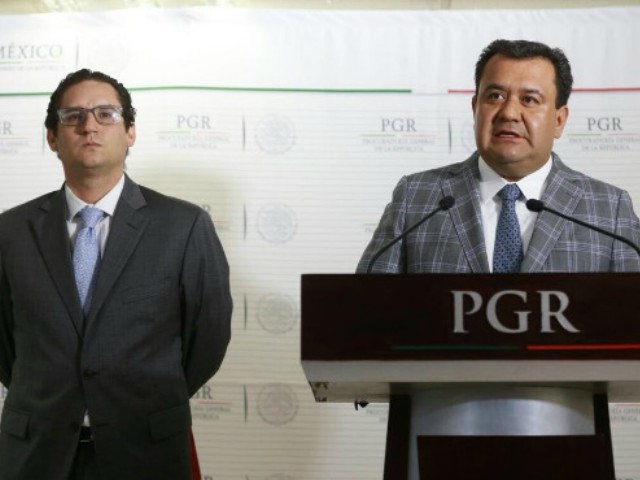 While the bulk of his work dealt with investigating and being a harsh critic of local politicians in Nuevo Laredo, in his last columns Dominguez criticized the wave of violence overtaking Mexico. Authorities revealed that the current investigation points to the murder being tied to a political vendetta.

According to investigators, two men identified only as “David” and “Adrian” are the men who carried out the murder. The others, Gabriel, Luis Ignacio, Juan Jesus, and Rodolfo “El Rorro” Cantu Garcia are believed to have planned the hit. Breitbart Texas was able to confirm that “El Rorro,” the close relative of former Nuevo Laredo Mayor Carlos Canturosas, is one of the six men arrested. Mexican authorities have not revealed if Cantu and Caturosas have any links to organized crime in Nuevo Laredo, a city controlled by a faction of Los Zetas cartel known as Cartel Del Noreste.

Editor’s note: This is a developing story. There is some confusion over whether Rodolfo “El Rorro” Cantu Garcia is a nephew or uncle to former Nuevo Laredo Mayor Carlos Canturosas.