Border Patrol agents in the Tucson Sector teamed up with other law enforcement agencies to help families in their attempt to identify the remains of migrants who died after crossing the border from Mexico. The agents are participating through the Missing Migrant Program.

The Border Patrol agents worked with U.S. Customs and Border Protection (CBP) officials, the Maricopa County Sheriff’s Office (MCSO) and the Border Action Network to assist families who lost loved ones who went missing after crossing the border into the desert region of southern Arizona. The “Missing in Arizona” event took place in Phoenix on Tuesday as a follow-up to last October’s event, CBP officials stated. 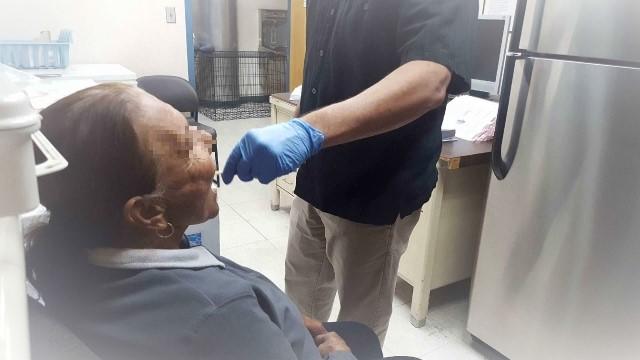 Law enforcement officials collected DNA samples from the families. The samples will be used by officials to cross-check the National Missing and Unidentified Persons System (NamUS) to try and match samples taken from unidentified remains. The Missing Migrant Program also works with other law enforcement agencies, third-party reporting entities, foreign consulates, and other non-governmental organizations in thier effort to reunite families and help those who lost loved-ones find closure.

CBP officials stated they received more than 1,500 requests for assistance from families of missing migrants during the last fiscal year that ended in October.

During the first two months of this year, agents recovered the remains of 12 illegal immigrants who died in southern Arizona, Breitbart Texas reported.

All of the migrants are unidentified as their remains had decomposed by the time of discovery. This makes determining the identity of the deceased, their nation of origin, and the time and manner of death difficult to determine, Pima County Medical Examiner Dr. Gregory Hess told Breitbart Texas in an interview earlier this month.

“We have been experiencing this problem for a very long time,” Dr. Hess explained. “When the migrants decide to attempt to walk through the desert, there is not much margin for error. If something goes wrong, it can certainly be very dangerous.”

His office processes the remains of about 160 deceased migrants each year.