An apparent chance encounter between the Mexican military and the security detail of the leader of one of the country’s most dangerous cartels was met with extreme violence. While both sides clashed, the leader escaped. The clash comes soon after authorities increased the reward being offered for his capture.

The gunbattle took place this week in the town of San Julian, Jalisco, near the border with the state of Guanajuato. State police forces responded to an anonymous call of several individuals carrying firearms. When police officers arrived at the scene they were overwhelmed with firepower and called for backup from local military units stationed in the area. According to information provided to Breitbart Texas by law enforcement sources, the gunmen were the personal bodyguards of Ruben Nemesio “El Mencho” Oseguera Cervantes, the top leader of Mexico’s Cartel Jalisco Nueva Generación (CJNG).

Upon encountering the military forces, the CJNG gunmen began to fight the soldiers enabling their leader was able to escape. During the gun battle, the gunmen deployed .50 caliber machine guns, grenade launchers, and other pieces of artillery they had mounted on vehicles. The two sides fought for almost an hour until the gunmen escaped. 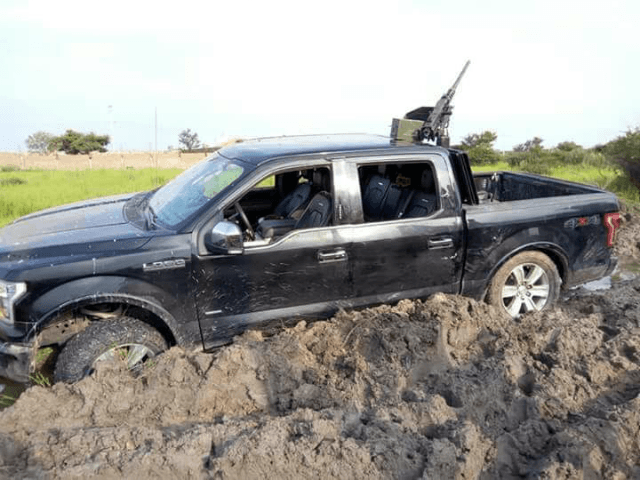 The Mexican military mobilized additional troops to take on the gunmen and try to capture their leader. The fighting killed two gunmen and injured two other gunmen and a Mexican soldier. The soldier was reportedly injured in a blast. 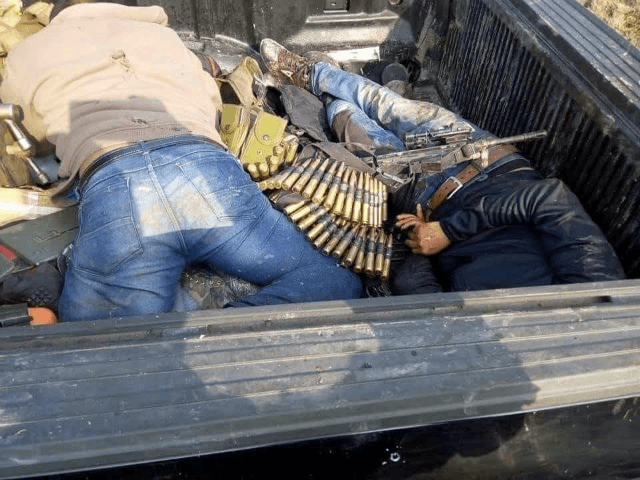 After the shootout, Mexican authorities carried out a massive search in an attempt to locate El Mencho. Authorities deployed half a dozen military and police helicopters carrying special forces teams that went to numerous houses attempting to capture the wanted cartel boss. The operation was not successful.

The near capture of the man known as El Mencho comes almost immediately after Mexico’s Attorney General’s Office (PGR) announced they were increasing the reward offered for his capture. As Breitbart Texas has been reporting, El Mencho’s propensity to violence has led to authorities increasing their efforts to capture him. 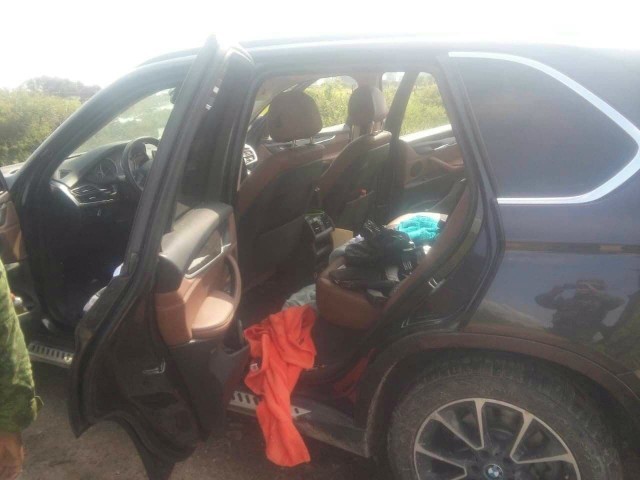 As head of CJNG, El Mencho has been tied to several deadly ambushes targeting law enforcement. These include one where his gunmen killed 15 Mexican federal police officers. His gunmen have also shot down a military helicopter and have been linked to numerous shootouts throughout Mexico.

Under El Mencho, CJNG has evolved into a criminal organization with enforcement capabilities that rival the Mexican government. The criminal organization has since recruited Colombian terrorists from La FARC and developed tactics that include the use of IED’s. CJNG has also been linked to the kidnapping of two Mexican federal agents who were tortured, forced to record a video with a message to their bosses on behalf of the cartel, and eventually murdered, Breitbart Texas reported.