Human rights groups in Tijuana are sounding the alarm about a far left organization that is trying to agitate members of the migrant caravan into rushing the U.S. border again.

The group By Any Means Necessary (BAMN) is calling for all migrants to gather on Saturday morning at one of the shelters and then to make their way to the U.S.  border, where they will demand it be opened for everyone or they will “shut it down.” In addition to posting the information on their website, BAMN members have taken to social media encouraging other protesters and members of the migrant caravan.

BAMN STATEMENT ON THE CARAVAN: Our Freedom March is almost over! Our goal of freedom is within sight and we must march on in order to achieve it! pic.twitter.com/Qcd1LHLMYi

Some of the pamphlets being distributed on social media by BAMN appear to show images of the violent clashes between caravan members and Mexican authorities that took place last month on that country’s southern border with Guatemala. 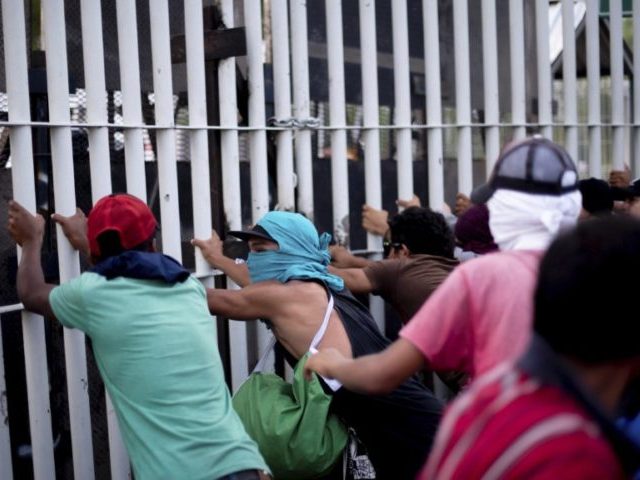 The march is expected to take place on the same day that incoming Mexican President Andres Manuel Lopez Obrador or AMLO is set to take office.

The group claims to be on the ground in Tijuana and is asking for donations.

In response to the social media campaign by BAMN, the human rights group Al Otro Lado sounded the alarm, claiming that U.S. authorities are preparing for possible clashes and BAMN is not actually present in Tijuana.

BAMN is agitating the caravan to march on the border. They are not on the ground and not working with the caravan organizers. At the same time, law enforcement is emptying the San Diego jails and telling the courts to anticipate 200-300 prosecutions/day. We smell a setup https://t.co/wcDuc1aO8I