A Texas sheriff’s office deputy and his K-9 partner found a large quantity of methamphetamine being trafficked from the border region into Texas during a routine traffic stop on January 14.

Fayette County Sheriff’s Office Sergeant Randy Thumann and his K-9 partner Kolt conducted a traffic stop of a red pickup truck on the eastbound lane of Interstate 10 between San Antonio and Houston. Thumann interviewed the driver and noticed familiar signs of deception and nervousness. The deputy obtained permission to search the truck and deployed his K-9 partner who quickly alerted to the possible presence of drugs, according to a written statement by sheriff’s office Lt. David Beyer.

Kolt detected the presence of drugs coming from a fire extinguisher in the bed of the truck, Beyer stated. Thumann then carried out a more detailed search and found that four industrial sized fire extinguishers were filled with drugs. 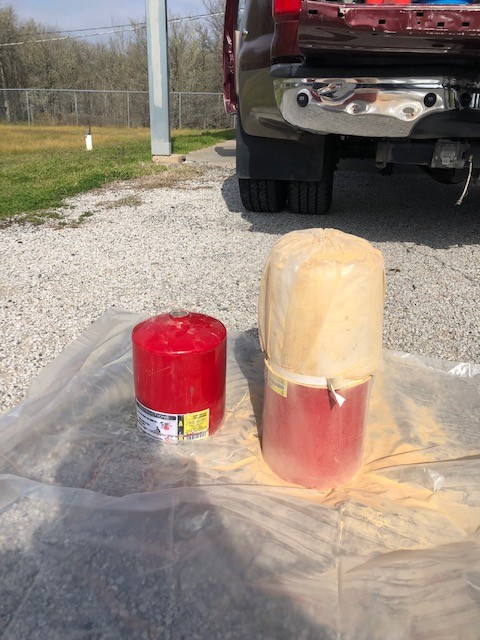 Officials say Thumann and Kolt recovered 34 kilos of methamphetamine in the fire extinguishers and estimated the street value to be approximately $3.6 million.

Thumann placed the driver, 56-year-old Alfonso Ramirez under arrest for allegedly transporting the drugs. Beyer stated that Ramirez is a U.S. citizen from Laredo, Texas. Thumann transported the suspected drug smuggler to the county jail for processing on charges of felony drug possession. 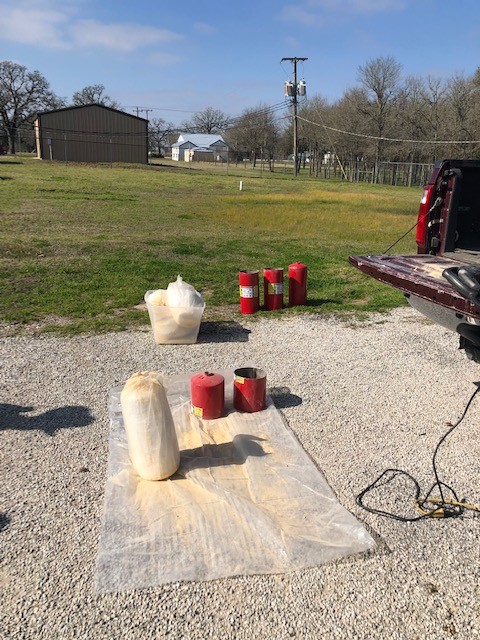 This is at least Thumann’s second major drug seizure this month. Thumann and Kolt found an estimated $1.5 million in cocaine in another pickup truck during a traffic stop one week earlier, Breitbart News reported.

The sergeant obtained a consent to search the vehicle and discovered multiple bundles of drugs behind the rear seat, the rear floor, and under the center console, Beyer stated. The bundles contained approximately 15 kilos of what tested positive to be cocaine.

The U.S. citizen driver and passenger were traveling from their home in Eagle Pass, Texas.