MATAMOROS, Tamaulipas – Mexican authorities began the removal of 186 Central American migrants, including women and children, from this border city. The migrants were sent to Mexico City to board flights to their respective home countries. 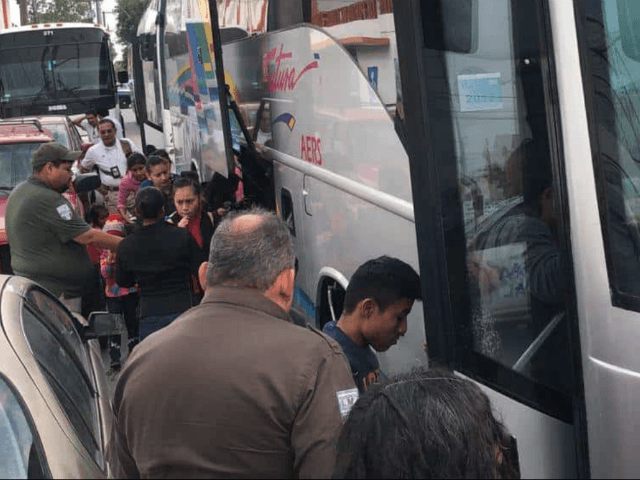 The removal operation began this week at a makeshift shelter in Matamoros, where immigration officials loaded the group into five commercial buses, information released by Mexico’s federal government revealed. The 186 are expected to undergo removal proceedings in Mexico City and later fly back Honduras, Guatemala, and El Salvador. The migrants were previously rescued from human smuggling operations in the border cities of Reynosa and Miguel Aleman, where they previously waited for Gulf Cartel operatives to allow them to cross the Rio Grande into Texas.

Mexico’s Gulf Cartel funnels thousands of migrants per week through the Rio Grande Valley so they can request asylum in a practice that has overwhelmed the detention and processing capabilities of the U.S. Department of Homeland Security. The ongoing flow has reached historic numbers, prompting Acting DHS Secretary Kevin McAleenan to travel to the Rio Grande Valley, where he spoke out against the drug cartels behind the humanitarian crisis.