A Brooks County, Texas, Sheriff’s Office deputy reported the death of a female migrant whose body was nude from the waist up when discovered. The woman’s shirt and bra were not found near the scene of her death on a ranch located about 80 miles from the Texas-Mexico border. The area is a known human trafficking conduit where migrants are marched around the U.S. Border Patrol checkpoint located in the middle of the county.

Brooks County Sheriff’s Office dispatchers received notice from the U.S. Border Patrol about the discovery of a deceased migrant on a ranch located in the southwest part of the county. The ranch is in an area where human smugglers drop off migrants to circumvent the Falfurrias Border Patrol Checkpoint located on U.S. Highway 281. Deputy Samuel Rosas responded to the ranch and was escorted by Border Patrol agents to the death scene located 16 miles into the ranch. 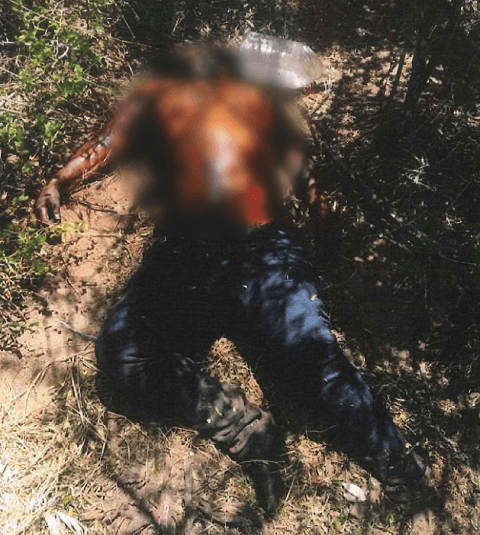 Based on information gathered by Breitbart News during frequent ride alongs with Brooks County deputies, migrants are dropped off in this region and told they will be taken on a short march around the checkpoint and picked up on a road in the northern part of the county. They are given a limited supply of water and some snacks to eat. The reality is the march can take several days through very soft sand that is the terrain of this region. The sand is so soft that four-wheel drive vehicles frequently get stuck. This makes the march that much harder and increases the likelihood of injury, fatigue, or dehydration. If any of those things occur and the migrant cannot keep up with the group, the smugglers simply leave them behind to die.

When Deputy Rosas arrived on the scene of the migrant’s death, he found “what appeared to be a female body” who had been discovered by a Border Patrol agent patrolling the area on an ATV, according to the incident report provided by the Brooks County Sheriff’s Office. The deputy photographed the scene and recovered the personal effects of the deceased migrant. No identification of the deceased was found at the scene. Only a Guatemalan coin suggests the nationality of the woman. 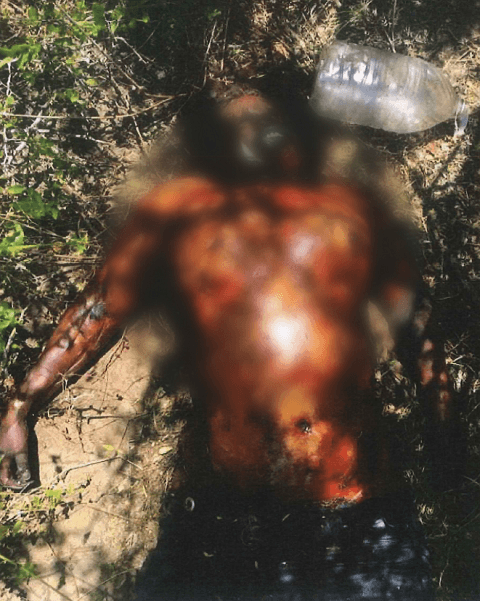 The photographs show the woman’s body to be nude from the waist up. Partial decay of the body made gender identification more difficult but clothing items recovered, including a shirt, bra, jewelry, and cosmetics suggest the victim was female. The bra and shirt do not appear to have sustained any damage that might be consistent with removal by an animal.

The photographs also show an empty water jug near the victim’s head. 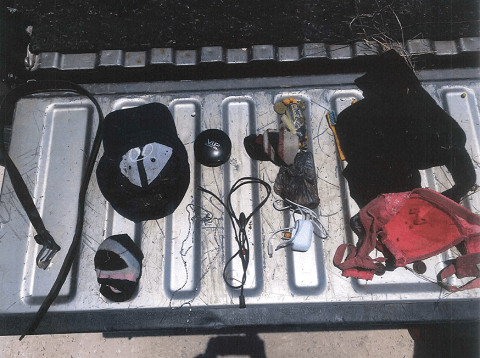 Breitbart News asked the Brooks County Sheriff’s Office if there was evidence of foul play in connection with the death of the migrant woman. The official responded that the Webb County Medical Examiner’s Office will conduct an autopsy to determine the manner and cause of death.

A Brooks County justice of the peace made the statutory declaration of death and the deputy released the care and custody of the body to the coroner.

Brooks County Sherriff Benny Martinez previously told Breitbart News they have received reports of women who said they were sexually assaulted during the marches around the Border Patrol checkpoint.

“These smugglers have no regard for the people who pay them to get around the checkpoint,” Martinez said. “They simply regard these people as ‘cargo.'”

County officials promised to provide the results of the medical examiner’s determination when it becomes available.

About a week earlier, Brooks County Sheriff’s Office deputies recovered the body of another migrant woman who also died while attempting to circumvent the Border Patrol checkpoint in the middle of the county. The death of the woman identified by her brother as Antonia Calderas Marroquin occurred on a ranch located east of the checkpoint area.

Her brother, 24-year-old Sergio Estuardo Calderas, said his sister complained of chest pains while they were traveling together through the brush, Mora reported. Her brother said she collapsed shortly after that.

He said he then picked her up and carried her for some distance. When he stopped, he said he realized she had died.

“It is a tragedy that Congress will not act to stop these deaths,” Sheriff Martinez said. “As long as the border remains unsecured, we will continue to find these people who are abused and left to die by human smugglers.”

So far this year, at least 115 migrants died while or shortly after crossing the border from Mexico into the United States. At least 68 of those were found in Texas, according to the International Organization for Migrants’ Missing Migrants Project.