Brooks County Sheriff’s Office dispatchers received a call on June 22 from a local rancher about the discovery of a deceased migrant. Officials dispatched Deputy Bianca Mora to the ranch located west of the town of Falfurrias, Texas. The ranch is in an area that is a well-known pickup location for migrants who have survived the dangerous march to circumvent the Border Patrol checkpoint located south of the town.

Deputy Mora met with Border Patrol agents and the ranch worker who discovered the body of what appears to be a deceased migrant male, according to information provided by Brooks County Sheriff’s Office officials this week. Accompanied by a justice of the peace and a funeral home employee, the team made their way about a half-mile into the ranch. The migrant had nearly completed his march before succumbing to the heat and lack of water. 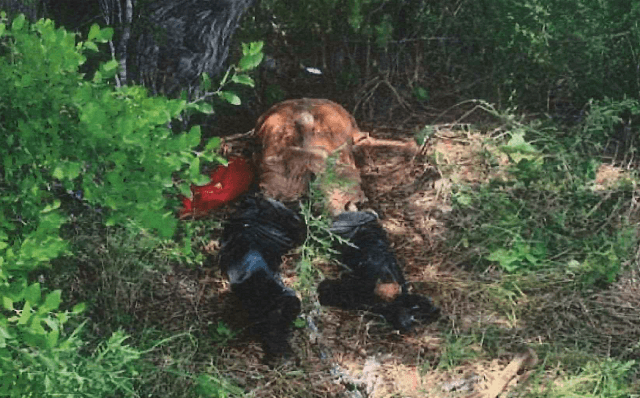 Mora observed “the decomposing human remains” lying flat on his stomach. The rancher discovered the body under a tree near a caliche road that had likely been used as a trail by the migrants being smuggled through the area.

The deputy described the deceased as wearing blue jeans and black socks. The subjects pants appear to be down around his knees and the body appears to have been partially consumed by animals and insects. She also recovered a black cell phone, a green jacket, brown shoes, a red t-shirt, a black cap, a brown case containing eyeglasses, and a black bat containing photographs and wires. He also had a brown wallet containing a Nuevo Leon, Mexico, identification card, and U.S. and Mexican currency. 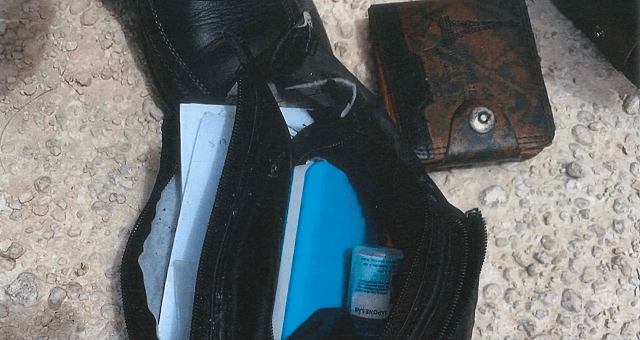 The justice of the peace made the statutory death pronouncement and the funeral home took custody of the body which will be transported to the Webb County Medical Examiner’s Office in Laredo, Texas. There, an autopsy will be performed to determine the manner and cause of death along with formal identification of the remains.

Another rancher notified Brooks County officials on June 10 about the discovery of another body, according to information provided this week by sheriff’s office officials. Officials dispatched Deputy Robert Castanon and Commander Jorge Esparza to the ranch located a few miles north of the Falfurrias Border Patrol checkpoint. This is also a well-known pickup area for migrants who survived the march through the ranches surrounding the checkpoint. 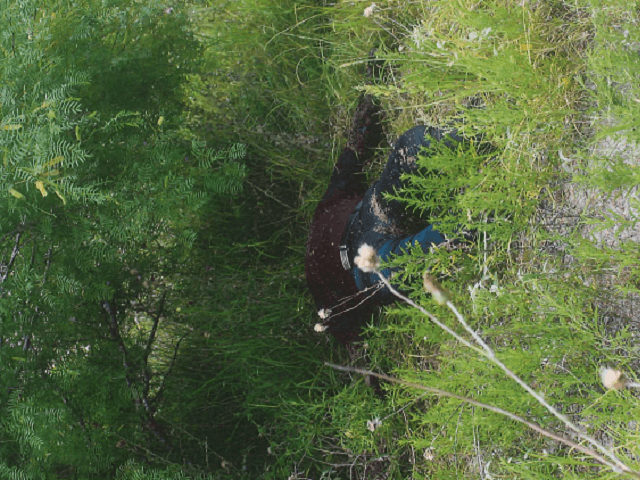 The sheriff’s office officials met with Border Patrol agents, the ranch owner and worker, a local justice of the peace, and the funeral home employee at the ranch.  The recovery team traveled 2.3 miles into the ranch where they discovered the decomposing remains of what appeared to be a male migrant.

Castanon reported the body lay on its back below a tree. The deceased wore a maroon shirt, blue jeans, black boots, and a belt with a silver buckle. The team found a black bag and black shirt laying near the body. 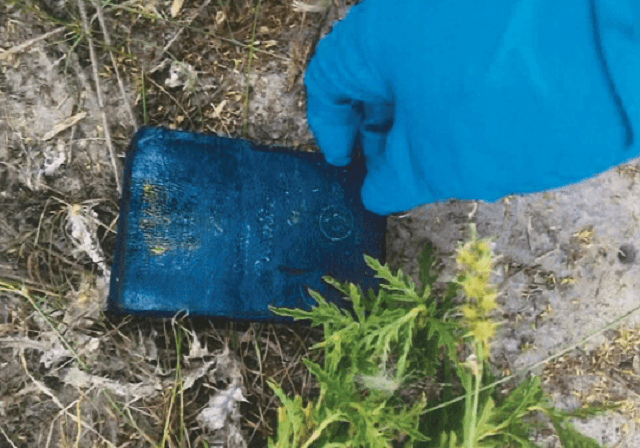 Officials listed the possessions as a Verizon flip phone and a black compass. They also found a small Bible located in his front right pocket along with 100 Mexican pesos, 20 Guatemalan Quetzals, a medical discharge paper, and three small papers with what appear to be phone numbers. The migrant had no identifying paperwork in his possession. The Bible and medical discharge paperwork had matching names, but it is not known if that is the identity of the deceased.

Officials turned the remains over to the funeral home for transportation to the Webb County Medical Examiner’s Office for identification and autopsy.

“This brings our total number of deaths this year to 15,” Brooks County Sheriff Benny Martinez told Breitbart News. “The failure of the federal government to properly secure the border continues to lead to death.”

“The callous human smugglers that operate freely and profit from the loopholes in our legal system care nothing for the safety and health of the migrants they are paid to transport,” the sheriff continued. “Anyone who falls behind, for any reason, is simply left behind to die.”

“Since I began tracking these deaths in 2009, nearly 650 migrants have died in the ranches of our single county,” Martinez stated. “These deaths will continue until Congress fixes the loopholes in the immigration and asylum system and funds proper border security measures.”
So far this year, Brooks County officials recovered the bodies or skeletal remains of 15 migrants. Since 2009, the number of deaths in this single county is reported to be at least 649. Other bodies or remains could exist that have not yet been discovered in the vast ranchlands of Brooks County.

During 2019, at least 170 migrants lost their lives while crossing or shortly after crossing the U.S.-Mexico border, according to the International Organization for Migrants’ Missing Migrants Project. More than half of those deaths were reported in Texas.