Sheriff’s deputies in Brooks County, Texas, recovered the decaying remains of three migrants in five days. The migrants all appeared to have died after being abandoned by human smugglers on ranches surrounding the Falfurrias Border Patrol Checkpoint. To date, nearly 20 migrants have died in this single Texas county located 80 miles from the Mexican border.

The ranch is located along known human-smuggling routes where guides (coyotes) force march the migrants around the Border Patrol checkpoint. If for any reason, the migrant cannot keep up with the group, the coyotes will simply leave them behind to die, Brooks County Sheriff Benny Martinez previously told Breitbart News.

Upon arrival to the death scene, the deputy observed the nearly nude body of a man lying in a fetal position in an open area of a caliche road. Garcia reported the migrants wore only shoes and his briefs. A shirt and pants lay underneath the body. 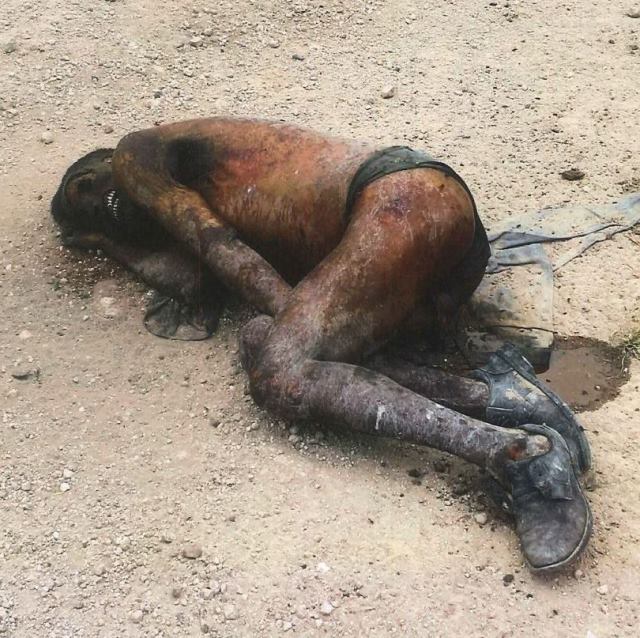 The deputy searched the clothing and found a wallet with a Salvadoran identification card. The card appeared to have been issued to Rosa Reyes Flores, a 61-year-old man. It is not known if that is the identity of the deceased migrant. The deputy found a silver bracelet on the deceased’s body. Other personal items were scattered around the remains.

A local justice of the peace made the statutory pronouncement of death and ordered an autopsy. The local funeral home will deliver the body to the Webb County Medical Examiner’s Office who will carry out the autopsy and attempt to positively identify the deceased.

Four days later, dispatchers sent Deputy Bianca Mora to the same ranch where she traveled more than 10 miles into the ranchlands. Upon arrival to the death scene, Mora observed the remains of a migrant laying flat on his back with his arms spread out. This is a more normal appearance of migrant remains found in this area. The body appeared to be in an advanced stage of decomposition which will make identification more difficult.

The deceased migrant wore black jeans and a black belt. The deputy located a wallet inside the deceased’s pocket. The wallet contained a Guatemalan identification card issued to 26-year-old 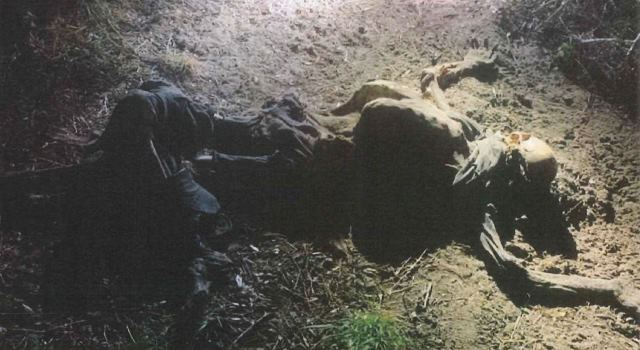 Jose Emanuel Reanda Cante. It is not known if this is the identity of the deceased. A justice of the peace declared the migrant dead and the remains will be transported to the Web County Medical Examiner’s Office for an autopsy and formal identification.

Finally, dispatchers sent Brooks County Sheriff’s Office Investigator Vincente Lopez and K-9 investigator John Gomez on July 3 to a ranch located southwest of the Border Patrol checkpoint. This is a known drop off area for smugglers and they begin their march around the checkpoint.

The investigators spoke with a plumbing contractor who was performing a job on the ranch. At about mid-afternoon, the contractor moved some equipment and observed the deceased migrant laying next to a water faucet. About a week earlier, a leak in the pipe had been discovered and the main water supply shut off. 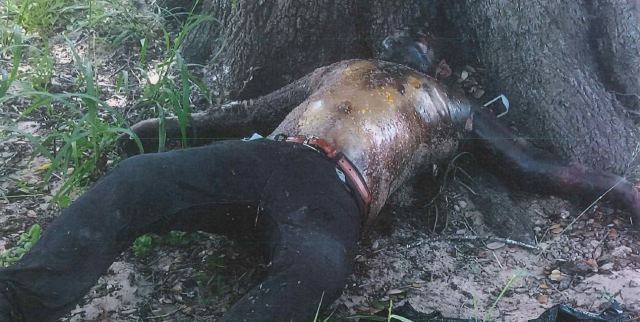 The investigator noted the position of the body as laying flat on his back with his arms outstretched over his head. The migrant wore black jeans, tennis shoes, a brown belt. They found a green t-shirt laying next to the body.

Investigators found a wallet in the migrant’s pocket containing a Mexican “Matricula Consular” ID card. The card was issued to Crescencio Agustin Proa Bernal, a male who would turn 33 on July 27.

The justice of the peace again made the formal declaration of death and turned the remains over to the funeral home who will transport the deceased to the Webb County Medical Examiner.

Despite a lower migrant death rate during the Trump administration, at least 203 migrants died while or shortly after illegally crossing the border from Mexico, according to the International Organization for Migrants’ Missing Migrant Project. At least 122 of those deaths occurred in Texas — 18 in Brooks County alone. The deaths include 127 men, 23 women, and 13 children. Forty of the deceased migrants could not be identified as to gender.