The shootout took place on Tuesday along the highway called Viaducto Sur that circumvents the city. The road is favored by truckers moving manufacturing goods to and from international bridges to Texas. The highway is also surrounded by multiple dirt roads that lead to various low-income neighborhoods and are also used by the Gulf Cartel to avoid authorities. 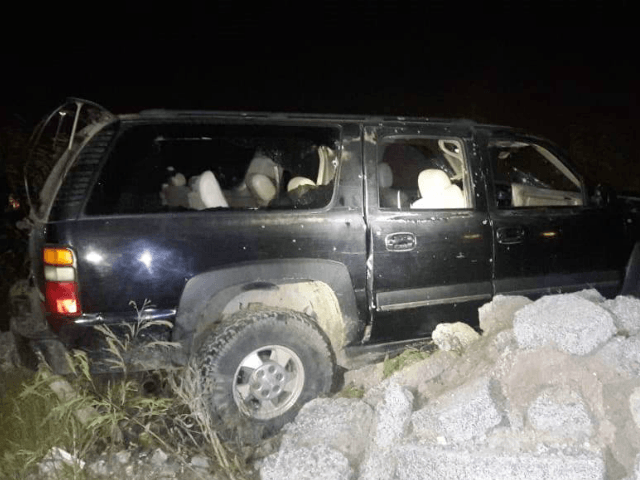 Information provided to Breitbart News by Tamaulipas authorities revealed that a squad of state police spotted two SUVs moving at a high rate of speed that turned off the highway to a dirt road on the city’s south side. Authorities tried to catch up and pull them over, but the gunmen began firing at police as they sped off.

Officers fought off the attack and drove around searching for the gunmen. Authorities found one SUV with two dead cartel gunmen and two rifles. The latest violent episode comes at a time when rival factions of the Gulf Cartel continue to wage a fierce turf war. In order to keep rivals out, the Gulf Cartel in Reynosa continues to deploy convoys.