Brooks County Sheriff’s Office deputies recovered the remains of two dead migrants on South Texas ranches located about 80 miles from the Texas-Mexico border. The summer heat is taking its toll on migrants attempting to circumvent the Falfurrias Border Patrol Checkpoint with six deaths in August alone.

Brooks County Sheriff’s Office dispatchers sent Deputy Robert Castanon to a ranch on the county’s northeast side on August 14 to meet with a Border Patrol agent regarding the discovery of skeletal remains. The agent escorted Deputy Castanon 12.6 miles into the ranch, according to the Brooks County Sheriff’s Office. After receiving coordinates, Castanon traveled to the location where he observed the remains believed to be those of a migrant abandoned by the human smugglers during their march around the checkpoint.

“The skeletal remains still had skin attached to it to its left and right hand, both feet, and the upper and lower back,” the deputy wrote in a county death investigation document. “The body was partially clothed in which it still had its blue jeans and a black shirt attached to the remains.” 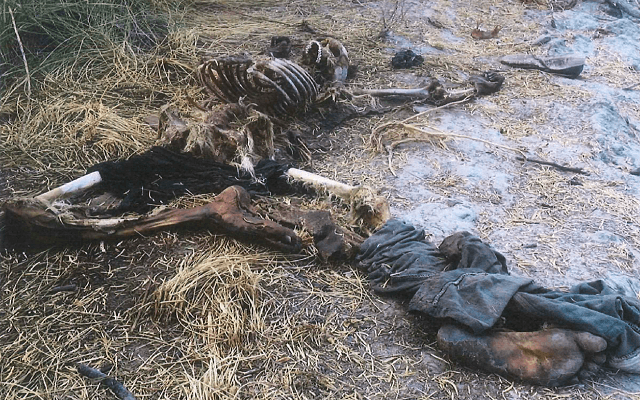 Near the body, the deputy found a blue button-up shirt, a brown belt, two black socks, and a blue shoe size 11, the report states. The deputy did not report finding any identification documents.

The deputy gathered the remains into a white bag and transported them to a local funeral home, which will make arrangements with the Webb County Medical Examiner’s Officer for an autopsy.

“It doesn’t take very long for a body to get into this condition,” Brooks County Sheriff Benny Martinez told Breitbart Texas. “The animals, insects, and heat make quick work of it.”

Martinez said it is very common to find remains like this toward the end of the long journey around the Border Patrol checkpoint.

“If [migrants] become weak, injured, or for any other reason can’t keep up with the group, the coyote will simply leave them behind to die,” the sheriff explained. “So far this year, our deputies recovered the remains of 33 people who died on the ranches surrounding the checkpoint.”

Two days later, dispatchers sent Deputy Bianca Mora to a ranch located west of Falfurrias off U.S. Highway 285. This ranch is also located in an area where smugglers would pick up the migrants who survive the dangerous march around the checkpoint. This call was about one who did not survive.

Mora met with ranch hands and Border Patrol agents who escorted her 3.8 miles. At the death scene, Deputy Mora observed what appeared to be the remains of a male subject. The body lay flat on its back with the arms and legs spread apart. She reported the man wore jeans, a blue-striped shirt, and grey shoes. 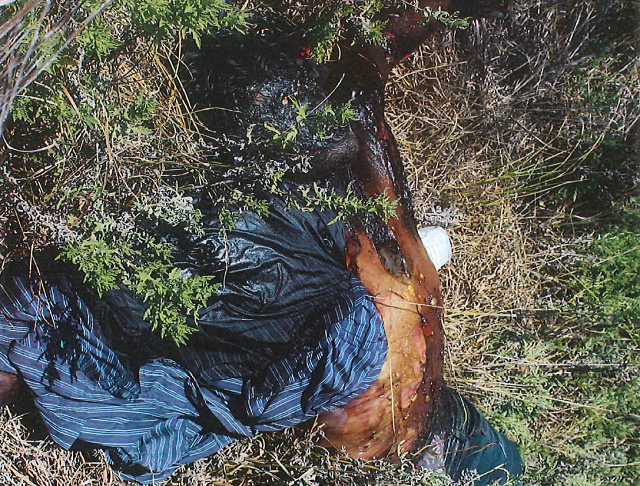 A wallet in the jeans contained more than $200 USD. He also had two rosaries, a cell phone and charger, and an Ecuadoran identification card issued to Eduardo Ivan Erreyes Gualan, 20. It is not known if the identification card belongs to the deceased migrant.

The Webb County Medical Examiner’s Office in Laredo, Texas, will carry out an autopsy and confirm the identification of the deceased.

During the first 8 months of this year, Brooks County deputies recovered the bodies or remains of 33 migrants who died on the ranches surrounding the Border Patrol checkpoint on U.S. Highway 281, officials report. This number is down by three from the same period last year. At least 160 migrants died so far this year while or shortly after crossing the Mexican border illegally into Texas, according to the Missing Migrants Project.