The Brooks County Sheriff’s Office in southern Texas reported the recovery of three migrant bodies on ranches surrounding the Falfurrias Border Patrol Checkpoint on U.S. Highway 281 this week. The total number of migrant deaths in the county 80 miles from the Mexican border is now 33.

Brooks County Sheriff’s Office dispatchers sent Deputy Robert Castanon on August 21 to a ranch south of the checkpoint near Encino regarding the discovery of two bodies. The area is where smugglers will drop off migrants to attempt to circumnavigate the checkpoint.

The deputy arrived at the ranch where a Border Patrol agent escorted him approximately 11.9 miles. At the scene, Deputy Castanon observed the near skeletal remains of two migrants who appeared to be in similar states of decomposition. 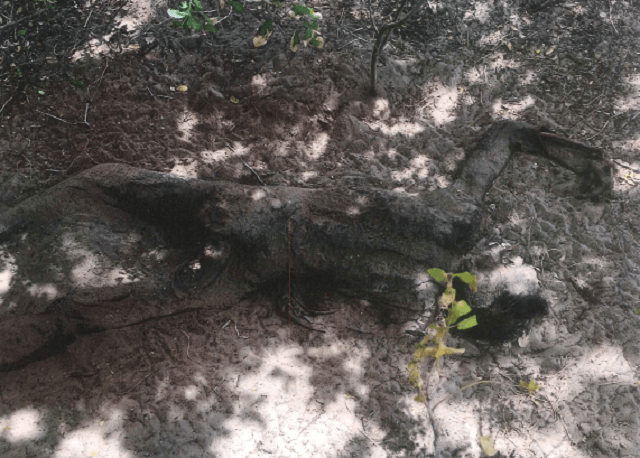 Castanon reported the two bodies were located about 20 yards apart. A Honduran identification card was found with one of the bodies. The wallet belonging to the second migrant held no identification documents.

The unidentified body had been stripped of clothing — mostly likely by animals attempting to get to the flesh. Castanon found blue jeans, a black t-shirt, a blue nylon belt, light blue boxer shorts and a brown wallet scattered near the corpse. Small pieces of white paper and a single piece of Honduran currency were also found.

Approximately 20 yards away, the deputy investigated the second body. The near skeletal remains were clothed only in blue jeans. A search uncovered a Honduran identification card belonging to Henry Geovany Escobar Chirinos, 21. It is not possible to determine if this is the identity of the deceased male due to the advanced state of decay. 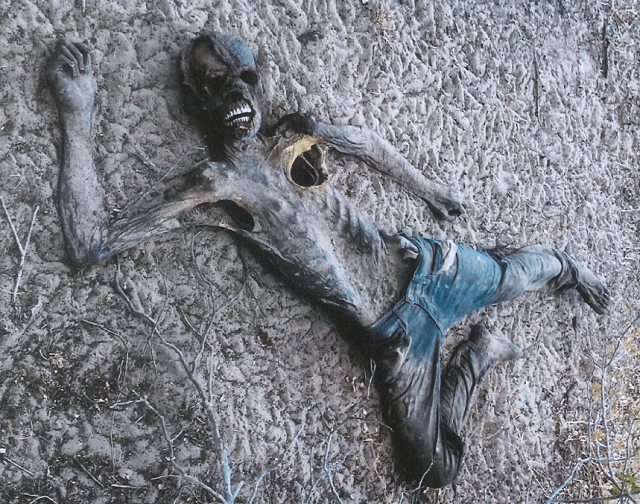 A ranch manager said one of his hands discovered the bodies while driving by that area.

Both bodies will be transported to the Webb County Medical Examiner’s Office in Laredo, Texas, where an autopsy will be conducted. The medical examiner will attempt to make a positive identification of both of deceased migrants.

One day earlier, dispatchers sent Deputy Bianca Mora a ranch located northwest of the checkpoint. Smugglers typically pick up migrants who survive the march in this area. 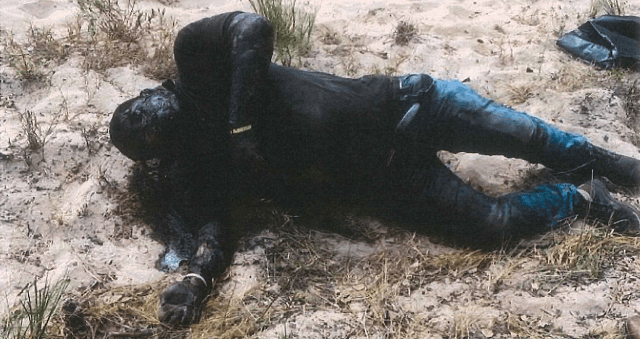 Near the body, officials found a cell phone, a green baseball cap, and a black wallet. The wallet contained a Guatemalan identification card issued to Bayron Tobar Valdez, 24.

A funeral home director took possession of the remains and arranged transportation to the Webb County Medical Examiners office.

Last week, Breitbart Texas reported the discovery of four other deceased migrants on these same ranch lands in Brooks County.

During the first eight months of the year, Brooks County deputies recovered the bodies or remains of 33 migrants, officials report. This number is down by three from the same time period in 2018. More than 160 migrants died so far this year while or shortly after crossing the Mexican border illegally into Texas, according to the International Organization for Migration’s Missing Migrants Project. Nearly 260 migrants have died this year along the entire southwestern border with Mexico.