PIEDRAS NEGRAS, Coahuila – Mexican authorities detained three migrants from the nation of Georgia who tried to cross into Texas. The migrants allegedly intended to enter the U.S. without proper documentation to make an asylum claim.

The detention of the three migrants from the Eastern European country recently took place at the international port of entry that connects the border city of Piedras Negras with Eagle Pass, Texas. As part of the ongoing immigration enforcement buildup in Mexico, authorities set up immigration checkpoints on the Mexican side of the bridge to check northbound travelers. The agents with Mexico’s National Immigration Institut encountered three migrants from Georgia at one of these checkpoints. Until 1991, Georgia had been part of the Soviet Union.

The migrants had been riding in a Honda SUV with license plates from the State of Mexico when they encountered the INM agents. The immigration agents checked their travel documents, law enforcement sources revealed to Breitbart Texas. The migrants provided them with their Georgian passports and the needed permits to travel freely through Mexico, but they were not able to provide authorities with the needed documents to make an asylum claim in the U.S. from Mexico. 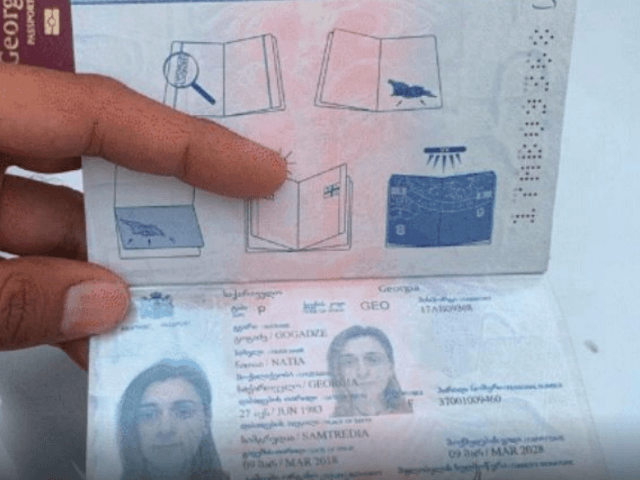 Authorities took the migrants to the INM offices at the International Bridge #1 in Piedras Negras. The agents advised the Georgian migrants of the process and released them since they had not broken any law in Mexico. If the migrants had crossed into the U.S. and been sent back, they could have faced deportation proceedings in Mexico.