A Mexican cartel smuggler does not change professions when a border wall is built in the middle of his route. While some criminal elements turn to tunnels in California and Arizona, narcotics traffickers along the Texas border have demonstrated an increasing adoption of commercial drones with slight modifications to move product or observe surroundings.

The use of drones by cartels is well known, although very few have witnessed one launched and returned across the southwestern border. Drones are evolving nearly as fast as they are becoming more commercially available. Since 2010, cartels have demonstrated uses for surveillance, smuggling, and even attempted assassinations.

One Tuesday evening at approximately 10:39 pm, it finally happened: after days of surveilling the Rio Grande in Roma, Texas, I personally observed and filmed a cartel drone over Miguel Aleman, Tamaulipas. The only thing visible at first was a small green light moving in the distant sky. Once it crossed the Rio Grande, the drone hovered over a smuggling area used daily known as Salinas Crossing. In the distance, there was a high-pitched buzzing sound as it flew back and forth, appearing to be looking for something in the darkness below. After a few minutes, it returned to Miguel Aleman and landed at an intersection. Shortly after, several people were at the river’s edge loading into a raft to follow the drone’s flight path.

The following morning, I interviewed an FAA certified commercial drone pilot who also witnessed the incident. He said, “a regular drone camera could not have been used to fly or to record imagery due to the level of darkness.” The pilot was adamant the drone had a light-enhanced camera to compensate. He also acknowledged that both of his commercial drones’ cameras used for high-definition filming would have been useless that same evening.

Drones have been spotted and seized by law enforcement in this area before. A veteran Border Patrol agent assigned to the Rio Grande Valley Sector provided an image of a cartel drone seized on June 9, 2019, in La Grulla. The seizure took place near the river’s edge in Starr County while agents were conducting routine tracking of a group of people who entered the country illegally at the time. 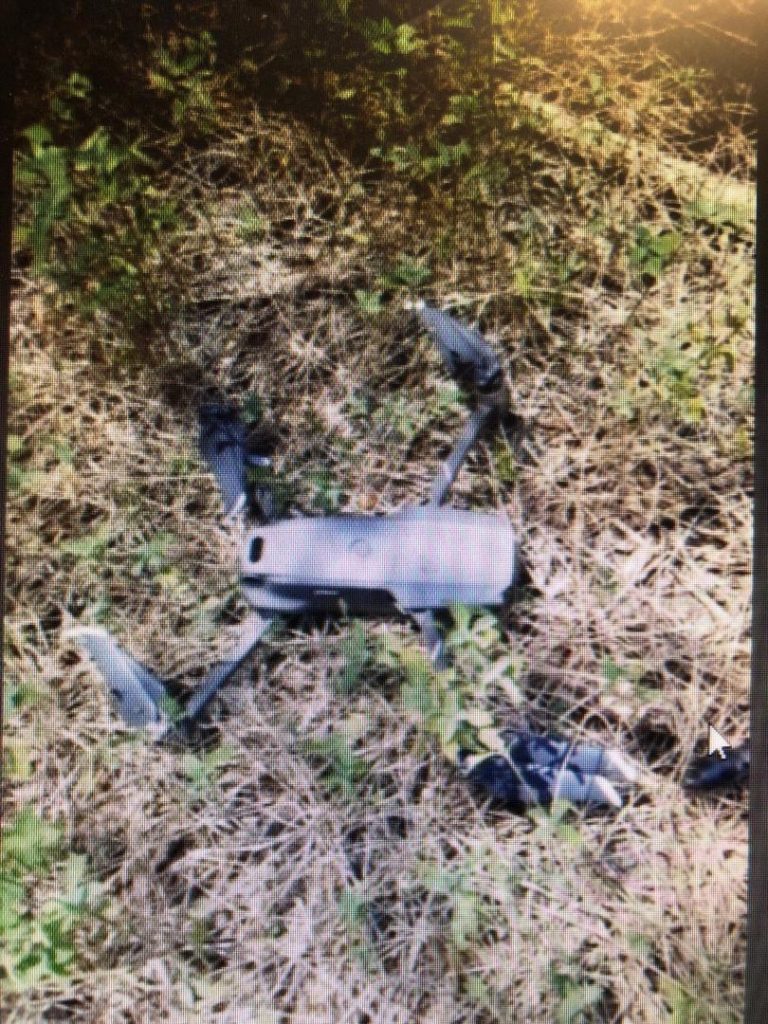 Drones are a moderately revolutionary leap in cartel technology and tactics. U.S. law enforcement still do not possess the ability to rapidly detect, interdict, arrest, and prosecute criminals who use them. They are challenging to see, hear, and chase from the ground. The ability to seize a drone carrying narcotics in the remote expanses of the southwestern border also add another layer of difficulty for law enforcement.

In the Rio Grande Valley, border wall construction trails behind areas like El Paso and Southern California. But as boundary improvements continue, drones could prove to be the natural workaround for smugglers.