BROWNSVILLE, Texas – The vice president of a Texas border city school board is facing federal charges for allegedly using her position to solicit bribes from vendors.

On Tuesday afternoon, FBI agents arrested 48-year-old Sylvia P. Atkinson as she made her way to a meeting of the Brownsville Independent School Board where she serves as vice president, a statement from the U.S. Attorney’s Office revealed. 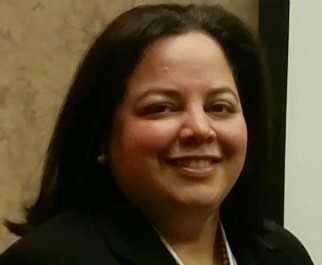 Atkinson, a longtime educator, served as assistant superintendent and superintendent in other districts prior to her current position. She was elected to the BISD board in 2016 and appointed VP in 2018. According to prosecutors, since 2014, Atkinson used her position to request hefty bribes from vendors to secure contracts for services, computer tablets, teleconferencing equipment, and other district needs.

During the investigation, the FBI set up a sting where they approached the administrator as a group interested in using school buildings to film scenes for a Hollywood film. In exchange for helping them secure the buildings, the undercover officer reportedly paid Atkinson a series of bribes. The undercover officer paid Atkinson $4,000 to place an item on a meeting agenda to allow the filmmakers to use various district buildings, according to the FBI. Weeks later when the item was board-approved, Atkinson reportedly received an additional $6,000 and spoke about the potential for negotiating future projects.