CIUDAD VICTORIA, Tamaulipas – The murder of a police officer at the hands of a colleague earlier this year revealed an apparent case of corruption and drug use by authorities in Tamaulipas.

Ciudad Victoria, Tamaulipas, saw a spike in murders in recent weeks, however, Breitbart Texas confirmed that several victims were police officers and jailers. The homicides are tied to a turf war between rival criminal organizations for control of the city.

On January 3, Tamaulipas State Police officer Epafrodito Castillo Ortiz shot his partner, Zeus Yave Jaramillo and an innocent bystander, before shooting at other cops and dying in a hail of gunfire. Information obtained by Breitbart Texas reveals that prior to the shooting, Castillo Ortiz made one phone call and then pointed the barrel of his duty AR-15 inside police vehicle #938 and fired, killing his partner. Moments later, Castillo Ortiz fired at an innocent bystander, killing him immediately before going into a convenience store to barricade himself before responding officers arrived at the scene. 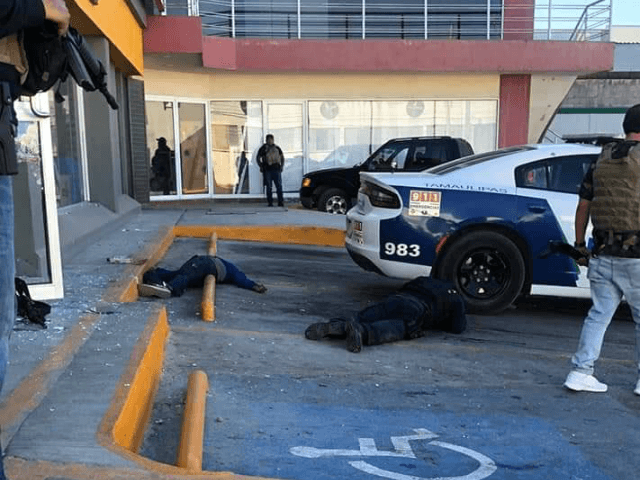 Authorities learned that both Castillo Ortiz and Jaramillo consumed crystal meth shortly before the incident. Reports indicate repeat prior uses of the drug. As a result of the toxicology test, Tamaulipas State authorities began a series of random drug tests which yielded several positive results for meth within the Tamaulipas State Police force in Ciudad Victoria.

In 2014, Mexican soldiers arrested Castillo Ortiz and 10 other police officers in Ciudad Victoria as the group was preparing to meet with members of Los Zetas to collect a bribes from Juan Fernando Alvarez Cortez, a currently jailed cartel commander known as “El Ferrari.” According to La Jornada, the officers received $4,000 pesos a month to leak police information and assist captured cartel operators.

It remains unclear how Castillo Ortiz was able to return to his job as a Tamaulipas State cop and pass the background checks that were instituted in 2016 after a new governor took office.