MONTERREY, Nuevo Leon – A 10-year-old boy and two adults died in a hail of gunfire during an early morning shooting at a hotel in what authorities are describing as a cartel attack.

The triple homicide took place Tuesday morning at the Palma Real Hotel in the San Bernabe neighborhood. Nuevo Leon police responded to the scene after receiving a call about a shooting victim. 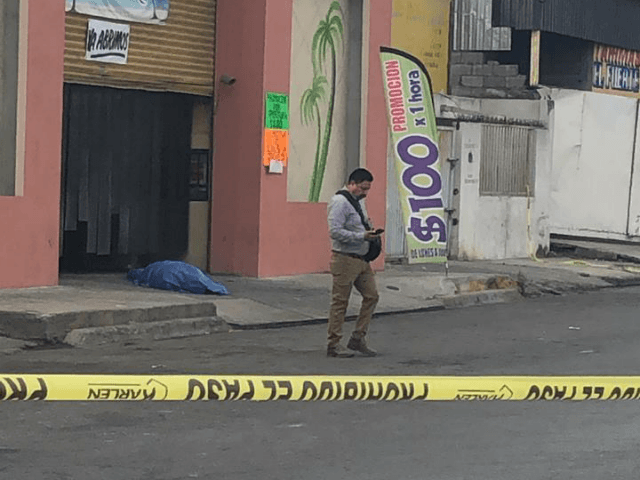 Authorities found a male shooting victim outside the hotel. Inside, they found a 10-year-old boy and a woman who were apparently killed by bullet strikes despite hiding behind a desk.

The cops turned the crime scene over to Nuevo Leon state investigators. Preliminary information suggests the hotel is controlled by an operator for the Cartel Del Noreste (CDN) faction of Los Zetas. Authorities are looking into that man and his ties as a possible motive.

CDN gunmen are tied to a fierce turf war in Monterrey that led to hundreds of murders in 2019. The fighting relates to ownership of the street-level narcotics market.

Editor’s Note: Breitbart Texas traveled to the Mexican States of Tamaulipas, Coahuila, and Nuevo León to recruit citizen journalists willing to risk their lives and expose the cartels silencing their communities. The writers would face certain death at the hands of the various cartels that operate in those areas including the Gulf Cartel and Los Zetas if a pseudonym were not used. Breitbart Texas’ Cartel Chronicles are published in both English and in their original Spanish. This article was written by Tony Aranda from Nuevo Leon.