Mexican officials tried to cover up a car bombing at a police building in Guanajuato. The attack comes after authorities arrested the father of a feared cartel lord who, a little more than a month ago, threatened similar bombings after his girlfriend’s capture. Breitbart Texas reported exclusively on the threats–which proved successful–since the woman was released shortly thereafter.

The incident occurred Sunday afternoon outside of a compound used by the National Guard and police communications officials in Celaya, Guanajuato. Breitbart Texas obtained exclusive access to a Mexican National Guard intelligence memo that described the scene with a vehicle and explosives. Two soldiers sustained minor injuries. 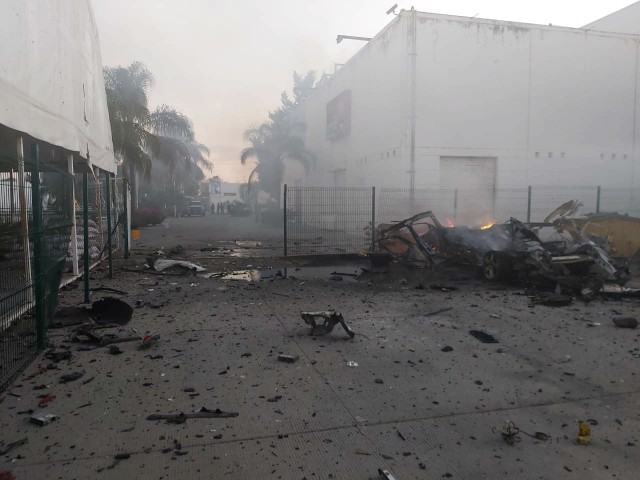 Mexico’s federal government issued a press statement on Sunday night claiming the case was a common vehicle fire that did not cause damage to its surroundings. Authorities claimed that a person pulled up to the building and left the vehicle after claiming it had broken down. The vehicle was previously reported stolen. Photographs of the scene depict clear evidence of an explosion.

The explosion comes days after authorities arrested Rodolfo Yepez, the father of Jose Antonio “El Marro” Yepez Lopez, the feared leader of the Cartel Santa Rosa de Lima. In recent days, police also arrested other operators from his organization and seized explosive devices. The elder Yepez is currently facing a charge for possession of a stolen vehicle and using a false name for official purposes. The charges are considered minor and he could be released on bond. 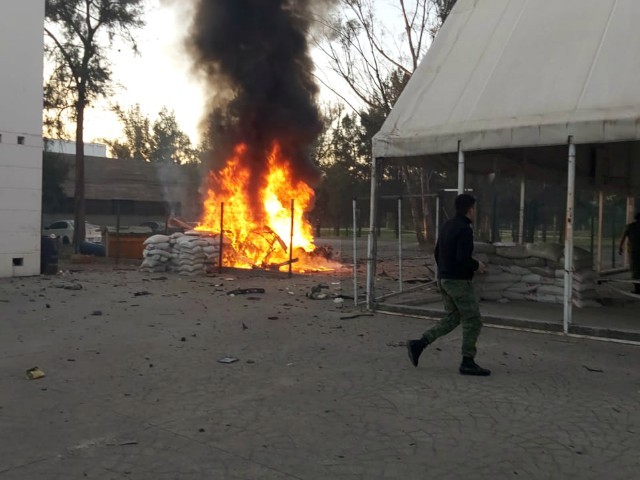 In late January, Breitbart Texas published exclusive information from a Mexican intelligence memo that warned authorities to be on alert for car bombs after El Marro threatened to use them following the arrest of his girlfriend, Karina. At the time of her arrest, authorities seized two explosive devices. Despite the seizures, a Mexican judge ordered Karina’s release last month.

Top-level Mexican law enforcement officials confirmed to Breitbart Texas that authorities found and removed an explosive device at the main oil refinery in Salamanca. The case was kept out of the public eye, authorities revealed.

In February 2019, Mexican authorities found a car filled with plastic explosives at the same refinery. At the time, police also found a banner signed by El Marro where he threatened Mexican President Andres Manuel Lopez Obrador and called for the removal of military forces from his turf.