Cartels responsible for most of the violence in Mexico took to social media over Easter weekend to promote their food basket distribution efforts across the country.

Claiming to want to help the public, Cartel Jalisco Nueva Generacion (CJNG) and the Matamoros faction of the Gulf Cartel in separate but similar measures deployed dozens of heavily armed gunmen to poor communities within their respective turfs to distribute boxes and bags filled with basic food items. 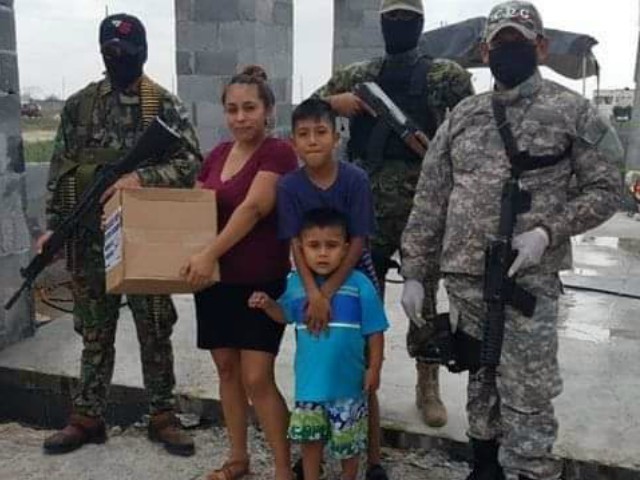 In Tamaulipas, the Gulf Cartel is responsible for most of the violence in key parts of the state. The criminal organization is linked to fierce gun battles, kidnappings, targeted murders, extortion schemes, and sex trafficking. 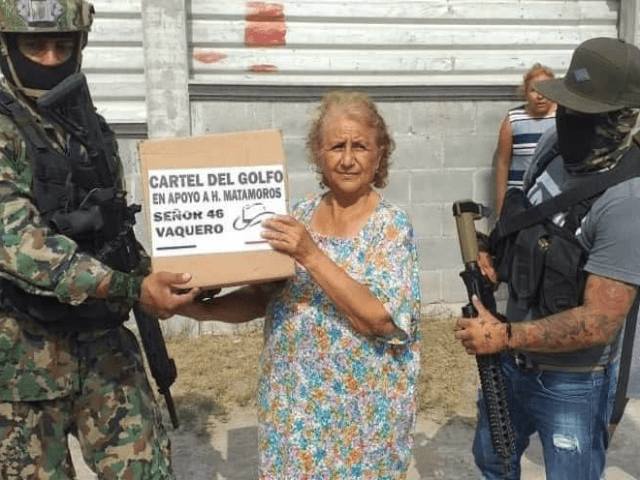 Similarly, Mexico’s CJNG operates mostly in the western and central parts of the country. The CJNG is known for its use of IEDs and recruits members of the terrorist group FARC. 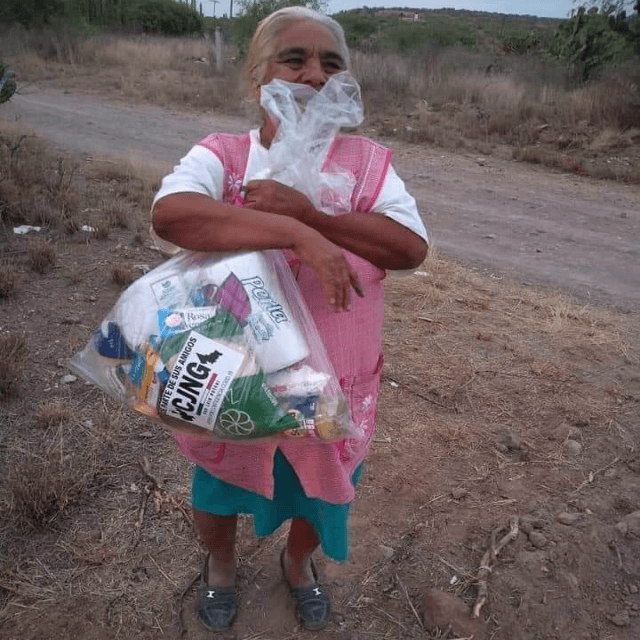 The handing out of the food comes amid Easter and as Mexico’s federal government is harshly criticized for inaction and lacking of assistance with the spread of the novel Coronavirus (COVID-19). 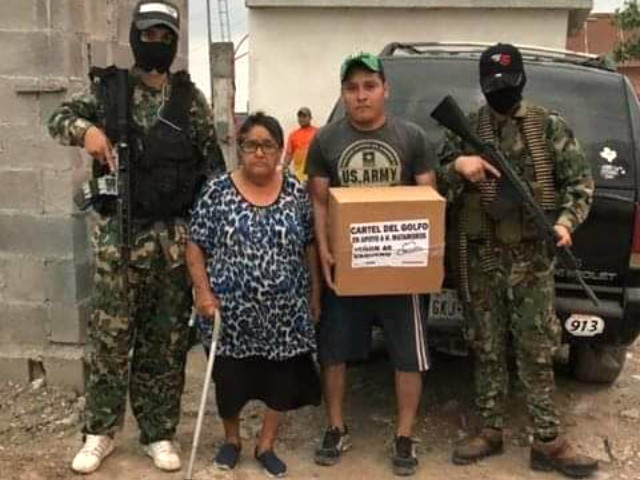 In the border city of Matamoros, convoys of Gulf Cartel gunmen drove to poor rural communities and handed out hundreds of food boxes. They also took to social media to circulate photographs tagging local news outlets and citizen journalists. It remains unclear how the Gulf Cartel was able to move in convoys with complete impunity.

The boxes bore a sticker stating the items were delivered on behalf of Evaristo “Comandante Vaquero” Cruz, the current leader of the cartel faction running Matamoros. One week before, Cruz’s men also delivered boxes in the state capital of Ciudad Victoria. Those boxes also carried stickers from one of the largest supermarkets in that city, GranD. 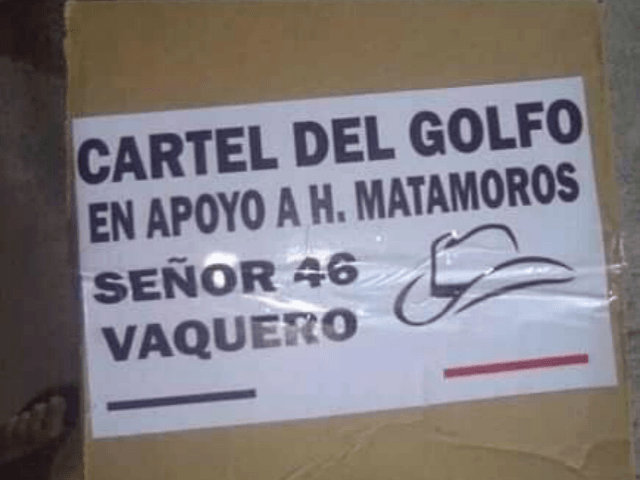 Throughout the southern parts of Jalisco and other states, the CJNG delivered hundreds of boxes and used social media to distribute videos and photographs. The CJNG gunmen gave credit to their leader Nemesio “Mencho” Oseguera Cervantes.

Editor’s Note: Breitbart Texas traveled to the Mexican States of Tamaulipas, Coahuila, and Nuevo León to recruit citizen journalists willing to risk their lives and expose the cartels silencing their communities.  The writers would face certain death at the hands of the various cartels that operate in those areas including the Gulf Cartel and Los Zetas if a pseudonym were not used. Breitbart Texas’ Cartel Chronicles are published in both English and in their original Spanish. This article was written by “J.A. Espinoza” and “J.C. Sanchez” from Tamaulipas and Jose Luis Lara from Michoacan.