Boaters from all around Lake Livingston rallied near the Trinity River Dam to form a parade flotilla. The boaters assembled in formation and cruised Texas’ second-largest lake. 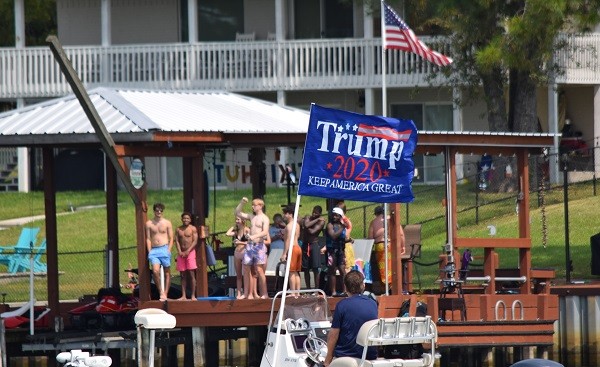 As the parade of boats moved up the east shoreline, families came out to wave and support the effort to turn out East Texas voters for Trump. 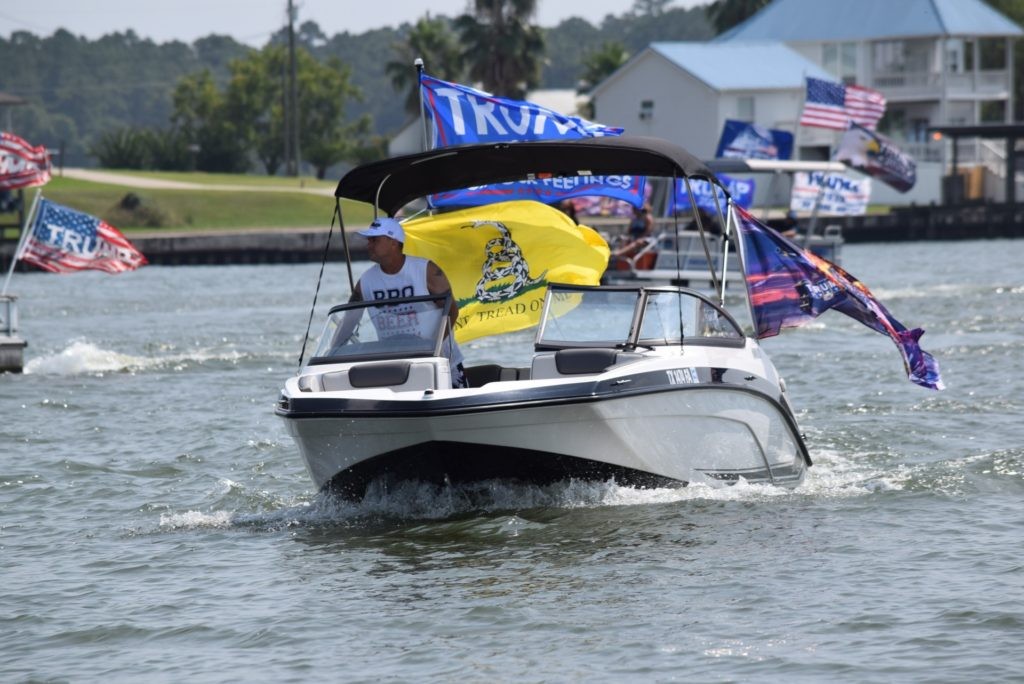 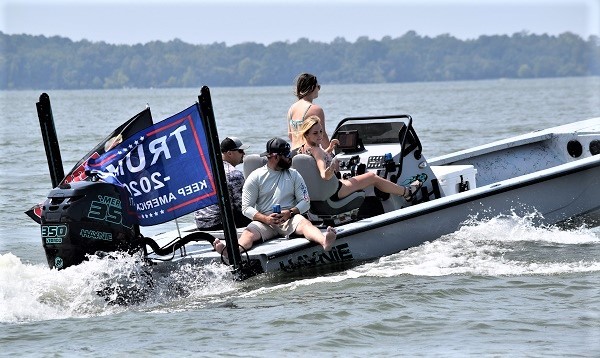 Event organizers Ron and Pam Lang told Breitbart Texas this is the second Trump Boat Parade put together on Lake Livingston in recent weeks. They said many patriotic souls braved rain and lightning on September 5 during the Labor Day weekend parade organized by Michelle and Regan Colburn. 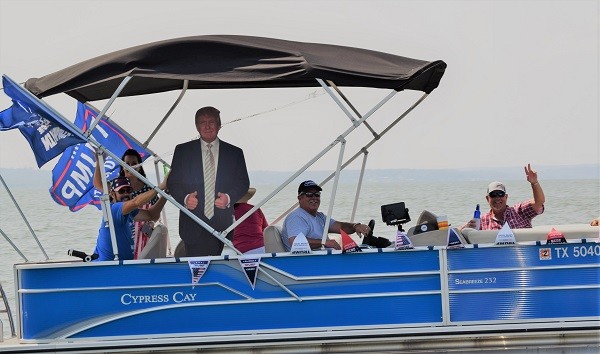 “We just wanted to get people together that share the values and show support for our country,” the Langs expressed. “We are conservatives and avid Trump supporters; we also support our law enforcement officers and first responders and can’t imagine not having them.”

The Langs continued, “We are very in tune with what’s happening in our country, and we see that the traditional American way of life is in jeopardy. We fear what it would become with far-left leadership.” 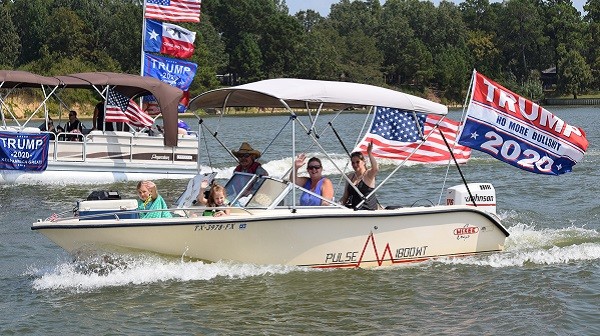 People from many areas of the lake came together and joined the parade. 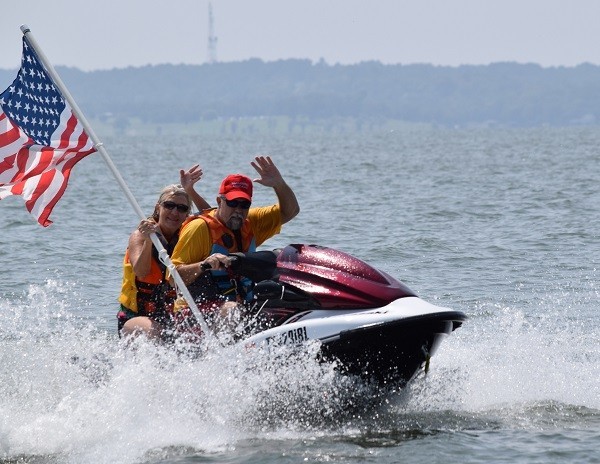 Boat owner Marcus Montegut works for a refinery in the Texas City area. The lifelong union member said he is supporting President Trump because of what he has done for working men and women. 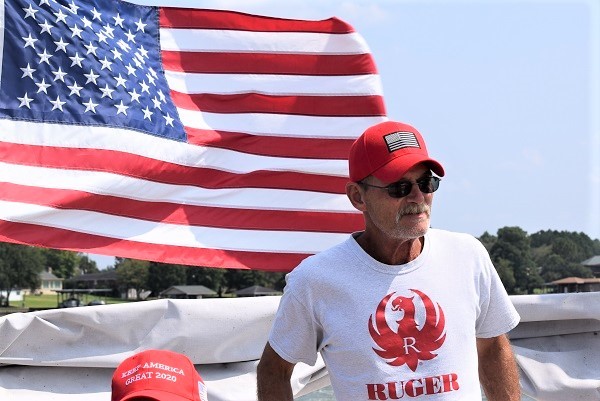 “I have been a dues-paying member of a labor union for 36 years,” Montegut told Breitbart Texas. United Steelworkers has always told us how to vote. I broke with that tradition more than 12 years ago.”

“Biden says he is going to kill fossil fuel jobs,” he said about the Democrat nominee. “Joe Biden sends American jobs to China. How is this good for the working man or the country?”

“When Antifa, BLM, China, and the progressive Communist Party leader are backing Biden, it’s beyond puzzling why union leaders are in bed with them,” he concluded. 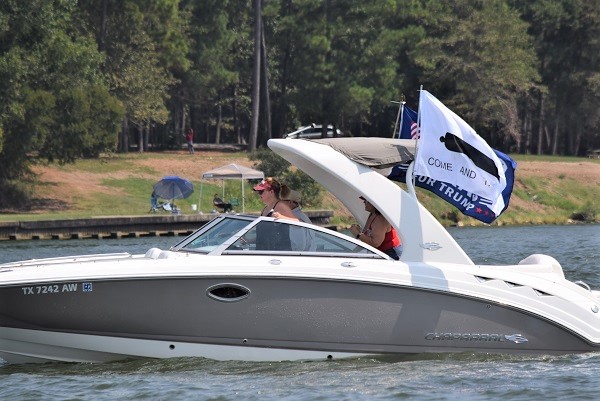 No Texas parade would be complete without a Gonzales “Come and Take It” battle flag. (Photo: Lana Shadwick/Breitbart Texas)

The heavily decorated boats included many flags, including “Texas for Trump,” “Women for Trump,” “Don’t Tread on Me,” a variety of “Come and Take It,” and “Blue Lives Matter.” 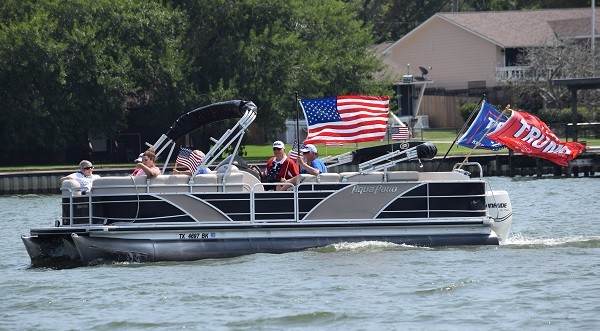 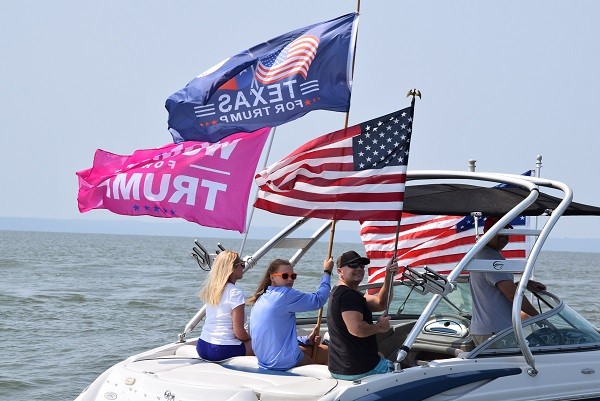 Jason and Sherry Pierce fly the Texas for Trump and Women for Trump flags during the Trump Boat Parade on Lake Livingston. (Photo: Lana Shadwick/Breitbart Texas)

“Women who support Trump value his policies over anything else,” she told Breitbart Texas.” They also think he is a refreshing change from those they perceive as elitist candidates.”

“President Trump protects our Constitutional rights, keeps law, and order, and will protect this country from moving to socialism,” Pierce said. 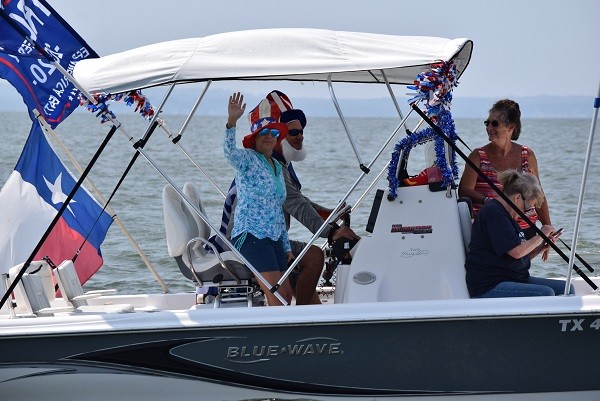 The parade route passed several miles of lakefront homes. Many of the homes also flew Trump flags. No Biden-Harris flags were spotted. 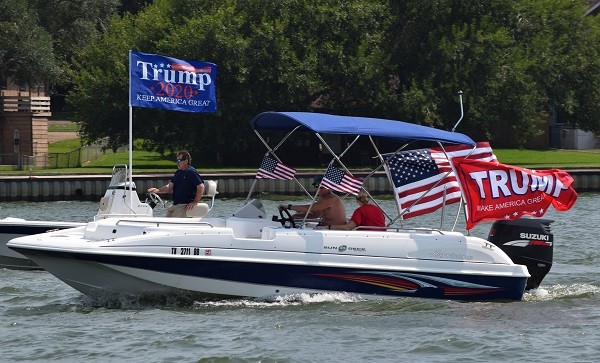 Lana Shadwick is a writer and legal analyst for Breitbart News. She is a trial lawyer who previously served as a prosecutor and family court associate judge in Texas. You can reach Shadwick at Lana@LanaShadwick.com.