On September 26, two law enforcement agencies in Roma, Texas, were alerted to a camera image which captured migrants who had just crossed the Mexican border illegally. The image documented how they ran toward a red, four-door GMC truck. The vehicle was parked in the middle of a street.

Troopers with the Texas Department of Public Safety and U.S. Customs and Border Protection (CBP) responded and were able to catch up to the truck traveling north on Garfield Street. 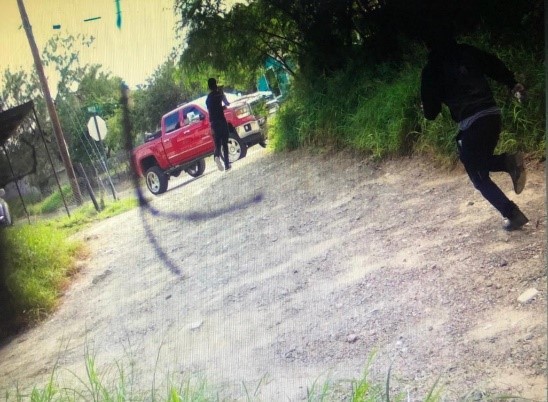 As law enforcement followed, the vehicle conducted what is commonly referred to as a “bailout.” This is where a suspect vehicle comes to a sudden stop and all inside flee on foot.

Troopers and agents were able to arrest all involved after a short pursuit. Searches of the vehicle led to the seizure of two firearms and a small amount of crack cocaine. The weapons were described as Taurus and Beretta pistols. The driver was also identified as a local resident from Roma, according to a local law enforcement official who spoke with Breitbart Texas.

In this area of south Texas, various law enforcement agencies work collaboratively due to the overwhelming amount of transnational crime in the vicinity.

The seizure of two firearms during a human smuggling event is not normal, according to the official. This incident also occurred in close proximity (with respect to timing) to another armed smuggling episode in Hebbronville, Texas. There, video exclusively obtained by Breitbart Texas demonstrated what appears to be a heavily armed Mexican cartel conducting a human smuggling operation more than 80 miles into U.S. territory.