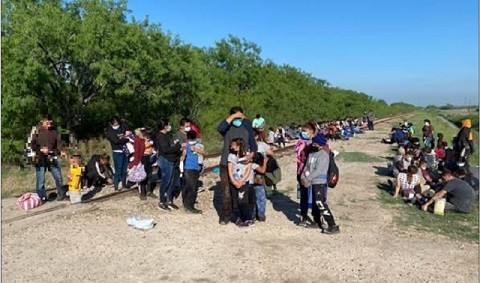 The agents reported the group consisted of 94 family members, 35 unaccompanied children, and six migrant adults, officials wrote. They identified the migrants as foreign nationals from Dominican Republic, Ecuador, El Salvador, and Romania who were illegally present in the United States.

“Even with the spread of the COVID-19 virus, human smugglers continue to try these brazen attempts with zero regard for the lives they endanger nor to the health of the citizens of our great nation,” Rio Grande Valley Sector officials stated.

In March, the last month for which data has officially been released, Rio Grande Valley Sector Border Patrol agents apprehended 61,968 migrants including 35,250 family migrant units, 9,726 unaccompanied alien children, and 16,992 single adult migrants, according to the March Southwest Border Land Encounters report. The April numbers are likely to be released later this week.