During the days leading up to Governor Greg Abbott’s border briefing to former President Donald Trump in Weslaco, Texas, Customs and Border Protection officers and Border Patrol agents seized more than $2.5 million in street value worth of cocaine, methamphetamine, and marijuana in the Rio Grande Valley. 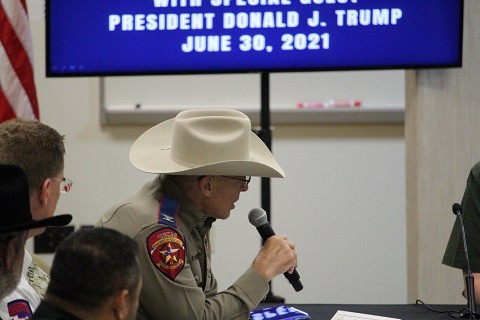 “If you have a drug problem anywhere in the country, you have a border problem,” McCraw told the former president. “If it’s cocaine, methamphetamine, fentanyl, and heroin, the Mexican cartels own it, plain and simple.”

His words rang true during a week that saw numerous seizures at border ports of entry and in cities across the Rio Grande Valley. For the Border Patrol, agents routinely seize approximately 43 percent of all cross-border illicit-drug seizures in the United States. In one 12-hour period during the week of Trump’s visit, Border Patrol agents seized more than $1 million in marijuana being smuggled across the Rio Grande River in just three failed attempts.

On Tuesday, Border Patrol Agents seized nearly $500,000 worth of marijuana in two separate seizures in less than an hour in Rio Grande City, Texas. On the same day, just north of Roma, Texas, 20 drug mules carrying 14 bundles of marijuana abandoned their drug load and fled from Border Patrol agents. The marijuana weighed more than 1,040 pounds. In all, more than $1.5 million in marijuana was seized in just one day. 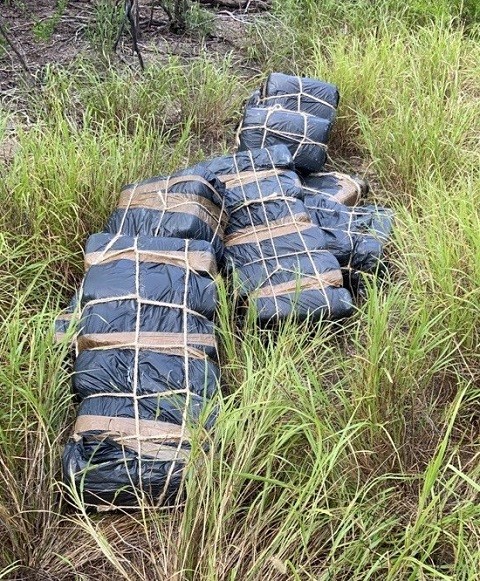 The Mexican cartels are pushing the drugs across the river as Border Patrol agents attempt to cope with thousands of migrants entering illegally on a daily basis in the Rio Grande Valley. One official with the Border Patrol, speaking on the condition of anonymity, says they are seeing days where more than 2,000 migrant family units, single adults, and unaccompanied migrant children are flooding across the border.

At area ports of entry in the Rio Grande Valley, the cartels were also busy at work trying to smuggle concealed narcotics past the watchful eye of CBP inspectors. In one seizure on Monday, Customs and Border Protection inspectors arrested a 38-year-old Mexican national attempting to drive a drug-laden vehicle across the Veterans International Bridge with more than 22 pounds of methamphetamine and a small amount of cocaine. The street value of this seizure was more than $400,000 in today’s market.

On the same day, a 39-year-old Mexican national was arrested in Brownsville, Texas, after attempting to smuggle nearly 60 pounds of cocaine in his vehicle at the Brownsville-Matamoros International bridge. That seizure, according to CBP, was valued at $461,040.

The narcotic seizures highlight the warnings McCraw delivered to the governor and former president at Wednesday’s briefing. At the busiest spot along the southwest border, law enforcement officials have seen no sign of a slowdown in illicit narcotics or migrants being smuggled across what was described at the briefing as a dangerous, porous border.