DEL RIO, Texas — The flow of mostly Haitian migrants continued unabated into a makeshift camp on the banks of the Rio Grande at Del Rio, Texas. Breitbart Texas captured video of the non-stop flow of migrants across the Rio Grande between Acuna, Coahuila, Mexico, and the camp in Texas. The camp is currently populated by more than 14,000 migrants living outdoors in the encampment.

Federal officials moved nearly 2,000 migrants from the crudely constructed camp to Border Patrol detention facilities on Friday. The move resulted in no impact on the population levels due to the continuous flow into the camp. The migrants erected rudimentary shelters out of cardboard, cane, and brush. A lucky few have camping tents set up to shield them from the hot Texas sun. 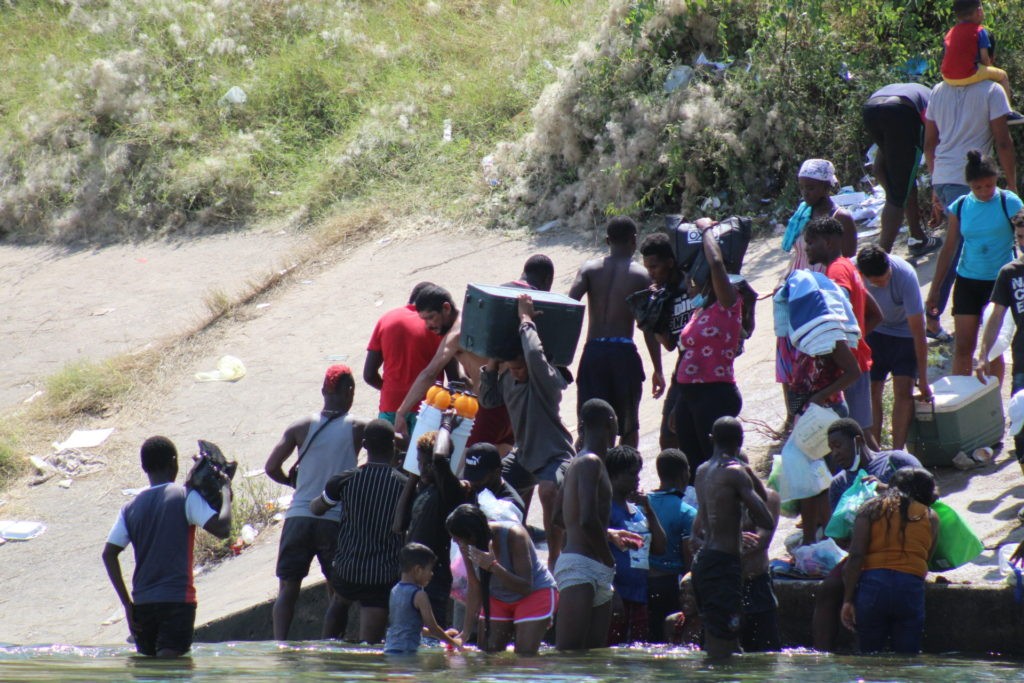 Hundreds of migrants stream across the Rio Grande near Del Rio. Many carried supplies from Mexico as the camp’s population grew to nearly 15,000. (Photo: Randy Clark/Breitbart Texas)

According to a source within CBP, the migrants have not been entered into a system of record and therefore population counts are unofficial. The source says the total number of migrants in Border Patrol custody stands at more than 27,000 nationwide when taking into account those detained at the camp and more than 12,000 on the official roll across the southwest border. 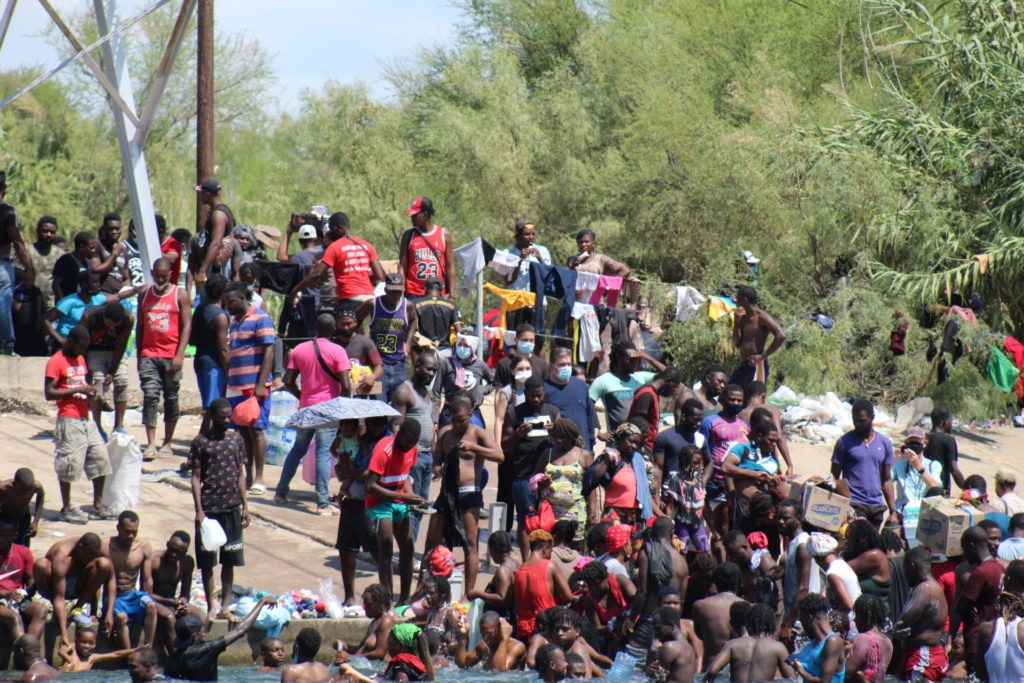 The crowd of mostly Haitian migrants continued to increase on Saturday as the migrants prepared to move into the makeshift camp. (Photo: Randy Clark/Breitbart Texas)

Despite the constant arrival of buses to remove the migrants as hardened detention space becomes available, the Border Patrol is making little headway in reducing the camp’s population thus far.

On Saturday, as migrants crossed a concrete weir dam that spans the Rio Grande, an airboat piloted by Mexico’s Grupo Beta stood watch. Grupo Beta is a rescue group under the umbrella of the Mexican National Immigration Institute. The Border Patrol, along with state and local law enforcement officers are vastly outnumbered at the camp and are working feverishly to provide humanitarian assistance and security at the camp. 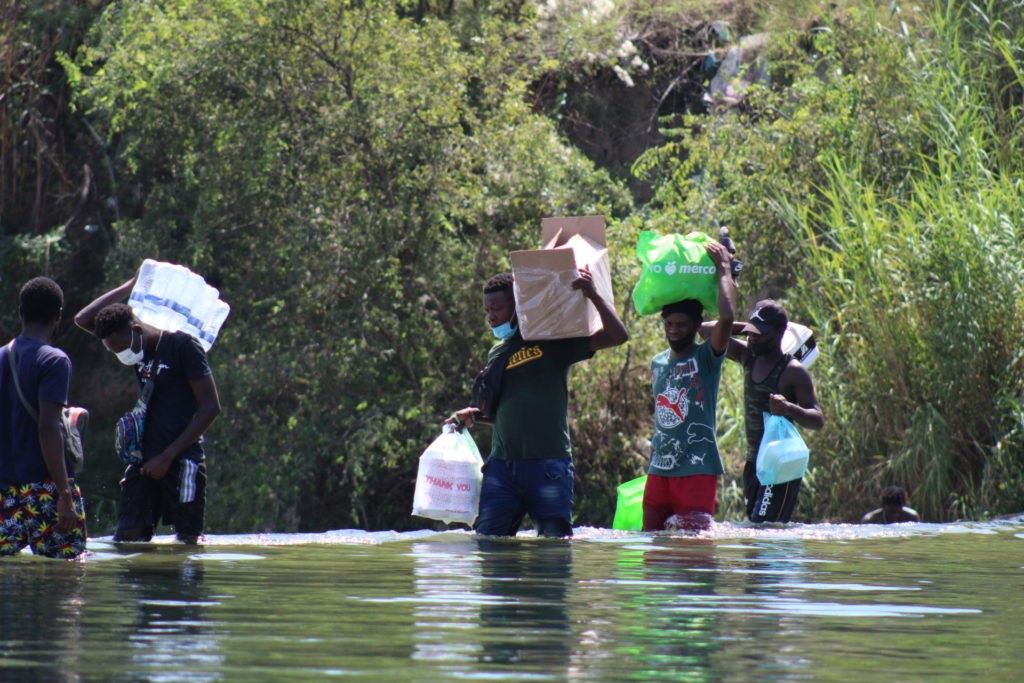 Migrants moved freely back and forth across the Rio Grande to gather supplies from Mexico. (Photo: Randy Clark/Breitbart Texas)

The situation at the camp and the continuous flow of migrants caused the Border Patrol to shut down highway checkpoint operations in the Del Rio Sector and for a short time in the Laredo Border Patrol Sector to assist in the migrant camp detail.

Two international ports of entry in Del Rio have also been temporarily shut down preventing any cross-border pedestrian and vehicle traffic from transiting between Ciudad Acuna and Del Rio.