(AP) —  A gunman opened fire at a supermarket in Boulder, Colorado, on Monday, killing 10 people, including a police officer, before being arrested, marking the second deadly U.S. mass shooting in less than a week.

Police gave few immediate details of the shooting and no known motive for the violence, which unfolded at about 3 p.m. at a King Soopers grocery store in Boulder, a north-central Colorado city at the eastern foot of the Rockies, about 28 miles (45 km) northwest of Denver.

Frantic shoppers and employees fled for cover through the supermarket as law enforcement officers swarmed the scene, located about 2 miles from the University of Colorado’s flagship campus.

Sarah Moonshadow, 42, a customer and Boulder resident who was in the store with her son, Nicholas, recounted scenes of pandemonium as gunfire rang out from inside the store. 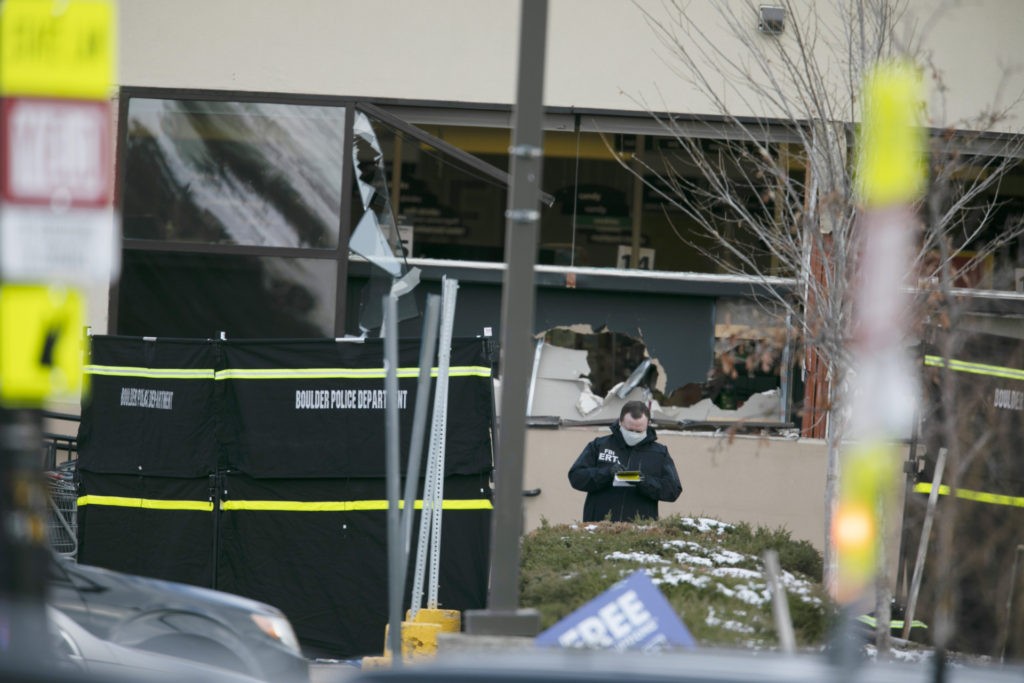 Police work on the scene outside of a King Soopers grocery store where authorities say multiple people were killed in a shooting, Monday, March 22, 2021, in Boulder, Colo.. (AP Photo/Joe Mahoney)

Moonshadow said she tried to go to the aide of a victim she saw lying on the pavement just outside the store, but her son pulled her away, telling her, ‘We have to go.’” The woman broke down in sobs, adding, “I couldn’t help anybody.”

The bloodshed came less than a week after gun violence last Tuesday that left eight people dead, including six Asian women, at three day spas in and around Atlanta. A 21-year-old man has been charged with those killings.

Boulder Police Chief Maris Herold said 10 people perished in the attack at King Soopers grocery. Among them was 51-year-old policeman Eric Talley, an 11-year veteran of the Boulder police force, who she said was the first officer at the scene.

Police said the suspected gunman was believed to be the only individual with serious injuries who survived the bloodshed. He was not publicly identified.

Video footage from the scene broadcast earlier by television stations showed a shirtless, bearded man in boxer shorts being led away from the store in handcuffs, before he was placed on a stretcher and loaded into an ambulance. The man in custody appeared to have a bloody leg and was limping as he walked.

One man who said he was shopping inside the store with his wife told KCNC-TV that he heard three loud bangs he took for gunshots, and ran through the store with other customers to escape through a loading bay at the rear of the building. 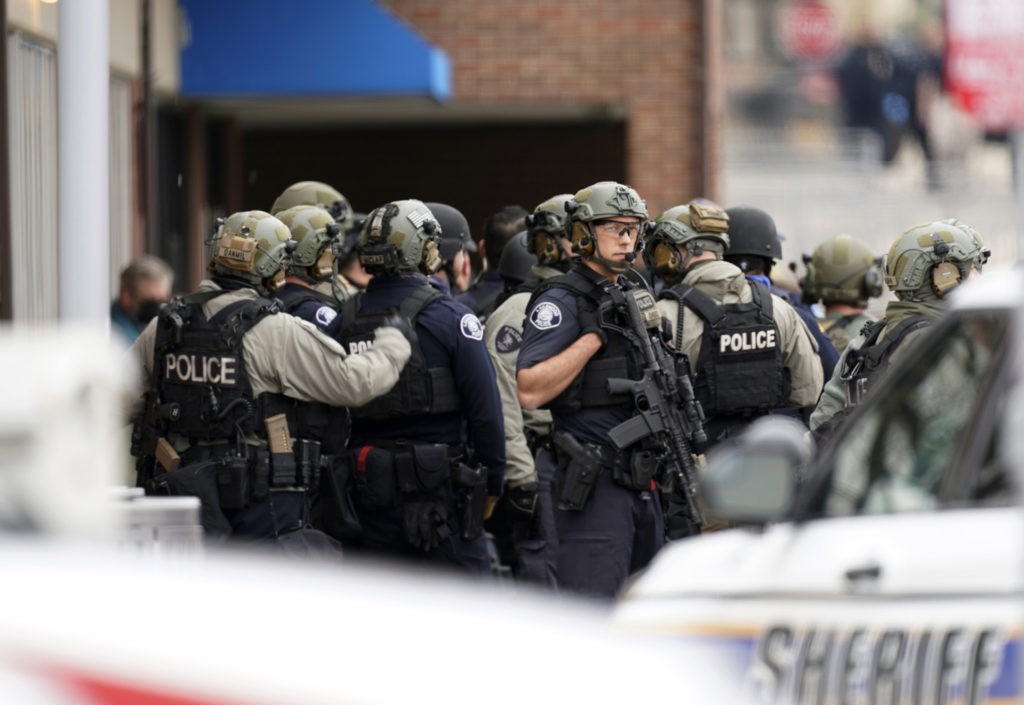 He said the apparent shots sounded like they came from the checkout area at the front of the store.

Authorities gave few details about how the shooting unfolded. Commander Kerry Yamaguchi of the Boulder Police Department told reporters several hours after the fact that investigators were just starting to process the crime scene.

Video footage taken by an onlooker and posted to social media shows two bodies lying in the grocery store parking lot, before the person with the camera walks inside and films a third body lying there, as three shots are heard in the background.

The Table Mesa area of Boulder where the shooting occurred is home to a residential neighborhood and the hilltop laboratory of the National Center for Atmospheric Research.

Police declined to say what kind of weapon was used, but the Denver Post reported that initial 911-emergency calls described the suspect’s firearms as a “patrol rifle.” 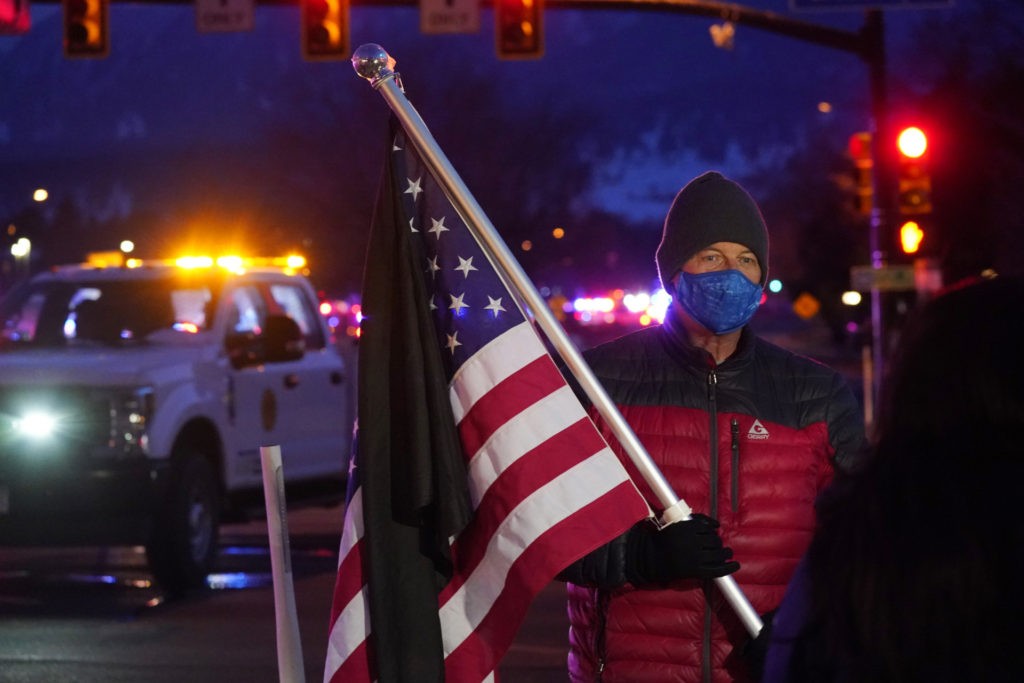