Some criminals have a getaway car, but one woman opted for a more unique form of transportation to crash a July 4 parade in Rockwall, Texas.

Laurie Bostic, 61, allegedly fled from police on a tractor around 11:30 a.m. on July 3, after officials barred her from joining the parade, according to the Rockwall Police Department. 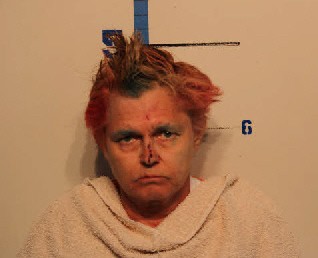 Bostic was reportedly causing a disturbance while driving her tractor by the parade staging area near Utley Middle School. She then “refused to cooperate with parade officials, ignored the orders of police officers, and joined the parade anyway,” police said.

In case you missed it the ending of today’s 4th parade had a crazy ending! Forgive the language! Rockwall, Texas…

When officers tried to stop her, she kept driving the tractor in a “dangerous way” in an attempt to escape. Officers were later able to force her from the road, and she ran into a fence.

According to parade attendee Phil Goodwin, Bostic crashed her tractor about 50 yards from a local jail.

“…At the end, I saw out of the corner of my eye what looked like the cops trying to block off the street, and some woman on a tractor was driving erratically toward the people seated in the median watching the parade,” Goodwin told Breitbart News on Monday. “We were all kinda stunned — didn’t know what to think.”

Goodwin captured a video showing the chase. Officers can be seen pursuing Bostic on foot as she barreled down the road. After they caught her, footage shows officers handcuffing her and placing her in the back of a squad car.

Police booked Bostic into the Rockwall County Jail. She is facing charges for evading arrest, interference with a processional, disorderly conduct, and criminal mischief.