The criminal gang that abducted a group of 17 North American Christian missionaries in Haiti this weekend has demanded $1 million each for their release.

Late Saturday, 17 missionaries from the Ohio-based Christian Aid Ministries were kidnapped by an armed gang near the Haitian capital of Port-au-Prince on their way home from helping to build an orphanage.

The bus carrying the 12 adults and 5 children — including an 8-month-old baby — was hijacked outside Port-au-Prince, the latest in a string of kidnappings following the murder of President Jovenel Moïse. The FBI has pledged its support in locating and liberating the missionaries, Reuters reported Monday.

According to Haitian police, the kidnapping of 16 Americans and one Canadian was the work of the 400 Mawozo gang, a violent group with a long history of killings, kidnappings, and extortion. 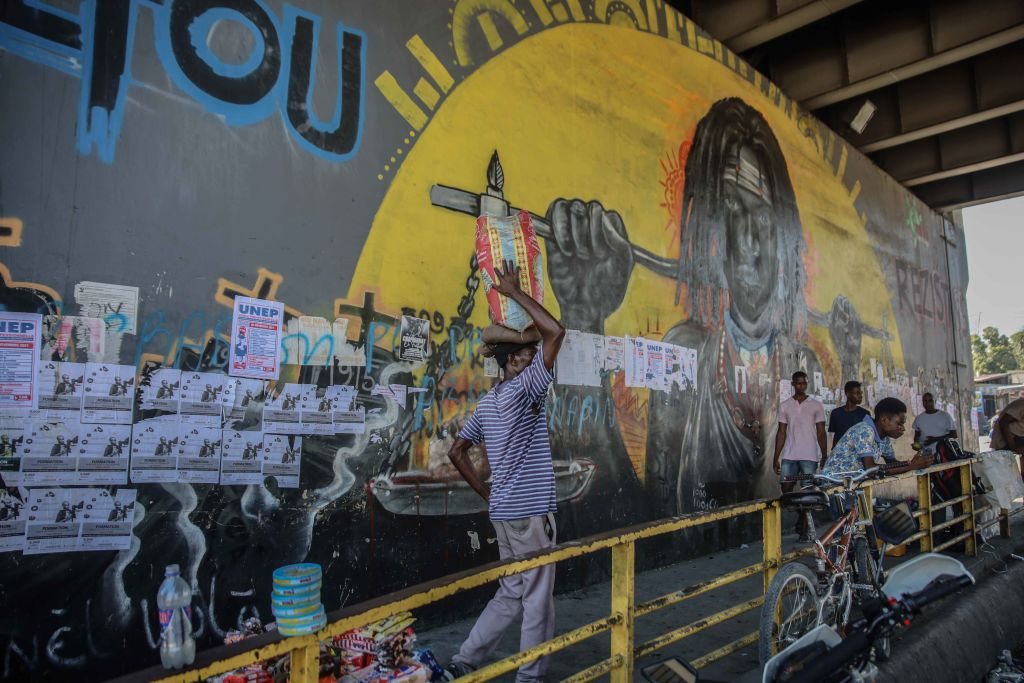 People stand near a mural following a call for a general strike launched by several professional associations and companies to denounce insecurity in Port-au-Prince on October 18, 2021. The kidnapping of 17 adults and children by one of Haiti’s brazen criminal gangs underlined the country’s troubles following the assassination of president Jovenel Mose in July and amid mounting lawlessness in the Western hemisphere’s poorest nation. (RICHARD PIERRIN/AFP via Getty Images)

Haiti Justice Minister Liszt Quitel said the FBI and Haitian police are in contact with the kidnappers working to secure the release of the missionaries.

The mission’s field director, who stayed at the ministry’s base while everyone else visited the orphanage, is also working with the U.S. Embassy in Haiti.

Since the assassination of President Jovenel Moïse on July 7, Haiti has been in political turmoil as rival factions vie with one another to gain control of the government. The poor island nation was then struck by a magnitude 7.2 earthquake in August, which killed more than 2,200 people.

Criminal gangs have exploited the chaos to raise money from ransom payments from kidnappings and Haiti now has one of the highest rates of abductions in the world.

“Everyone is concerned. They’re kidnapping from all social classes,” said Méhu Changeux, president of Haiti’s Association of Owners and Drivers.

On Monday, thousands of workers went on strike to protest the lack of security in the country following the weekend’s kidnapping.
Follow @tdwilliamsrome