China’s state-run Global Times on Wednesday credited pressure from big U.S. corporations for pushing the Biden administration to approve the sale of computer chips to China’s Huawei for use in advanced vehicle components.

The Global Times cited only “Chinese analysts” for its contention, not American government or business sources. Huawei itself did not offer a comment for the story.

According to those Chinese analysts, the Biden administration can be expected to approve more sale licenses because restrictions on Huawei are hurting its suppliers and American companies more than the Chinese electronics giant:

Before being put on a blacklist by the Trump administration, Huawei was one of the US chip sector’s biggest customers. It spent around $12 billion a year buying chips from the US, and contributed 40,000 US jobs, according to media reports. Over the past two years, although the ban was designed to hurt Huawei, those curbs actually hurt many American businesses.

“The US will relax chip bans on Huawei in the future; since it has already realized that its sanctions could be less threatening to the Chinese firm’s overall business than previously thought, and US firms’ businesses also hinge on the company,” Ma Jihua, a close Huawei follower and a veteran industry analyst, told the Global Times on Wednesday.

Moreover, the sanctions imposed on Huawei are hurting the global semiconductor industry because they have disrupted trust among participants in the sector, and also led to panic stockpiling among firms over the last two years, Ma said.

The Biden administration approved hundreds of millions of dollars in chip sales to Huawei even though American auto companies and American factories for overseas brands like Toyota and Nissan are scaling back production and temporarily shutting down their operations because they cannot get enough of the chips needed for modern auto electronics. 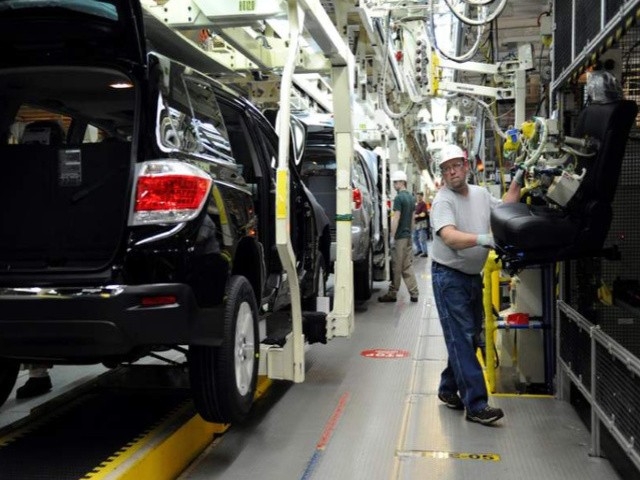 FILE – In this Wednesday, Feb. 8, 2012, file photo, Rick Twitty installs seats into 2012 Toyota Highlander vehicles at the Toyota Motor Manufacturing Indiana, Inc., plant in Princeton, Ind. On Tuesday, Jan. 24, 2017, Toyota said it will add 400 jobs and invest $600 million at the Princeton SUV factory. The announcement Tuesday comes just after President Donald Trump met with CEOs of the Detroit automakers to demand that new factories be built in the U.S. Toyota says the investment was not related to Trump and was planned before the election (Erin McCracken/Evansville Courier & Press via AP, File).

Harald Kroeger, board member of German automotive supply giant Bosch, said on Tuesday that the automotive industry’s semiconductor supply chains are no longer adequate to meet demand and should be drastically overhauled.

“Every car that gets smarter needs more semiconductors,” Kroeger noted.