House Democrats are turning their focus to the economy to deal with rising inflation while they look for a legislative “win” before voters go to the polls in the upcoming midterm elections, according to a report.

As Democrats returned to Washington, DC, on Monday from their “district work” period where they heard from their constituents, many of them are looking to pass legislation to curtail the fear of rising inflation and the ongoing supply chain crisis, according to a report from Politico.

Democrats want to pass legislation to allow vulnerable Democrats to tout one thing after months of gridlock in D.C. with various parts of the Democrats’ legislative agenda they hoped to campaign on being struck in the Senate.

Those bills were the reconciliation infrastructure bill and the two federal election takeover bills — the Freedom to Vote Act and the John Lewis Voting Rights Advancement Act. The voter bills were an attempt to cripple Republican efforts to increase election integrity.

“We do have our eye on the economic recovery,” said the Democrat caucus vice-chair, Rep. Pete Aguilar (D-CA), who touted the jobs President Joe Biden is said to have created under his administration. “There will be absolutely pieces of legislation that we discussed that will continue to help alleviate supply chain issues and tamp down inflationary pressures.”

Nonetheless, inflation recently hit the highest level in nearly 40 years. Jobs are starting to come back, however, a recent analysis of unemployment data from the Republican National Committee (RNC) research team revealed that 16 of the top 20 states in job recovery since the pandemic started were Republican-led states. 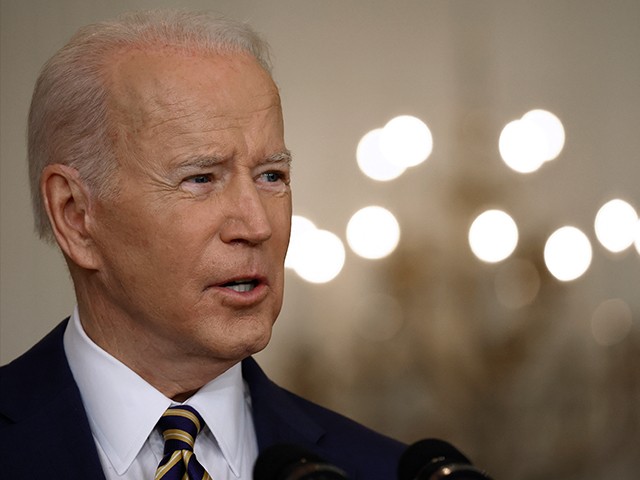 Joe Biden talks to reporters during a news conference in the East Room of the White House on January 19, 2022 in Washington, DC. (Photo by Chip Somodevilla/Getty Images)

Vulnerable Democrat Rep. Abigail Spanberger (VA) said during a town hall with roughly 40,000 callers that “the pinch we are all feeling on inflation is significant,” according to Politico. She noted that all products are seeing a price surge, “from chicken to peanut butter and everything in between.”

Vulnerable Democrat Rep. Susan Wild (PA) has said that writing a bill to help the economy is “at the top of the agenda” for the Democrats. During a town hall, Wild also said, “Like all of you, I was somewhat shocked at the prices of ordinary groceries…  There is a lot of work that needs to be done to build an economy that works for everybody.”