As drivers are confronted with a 50 percent gas price increase from last year, 18 states are hovering around $5 per gallon.

JPMorgan Chase on May 18 raised concerns the national average price of gas could increase to $6 per gallon. California has already exceeded $6/gallon.

On Tuesday, Treasury Secretary Janet Yellen admitted during a press interview she and the president had failed to accurately assess that inflation would climb to a 40-year-high. 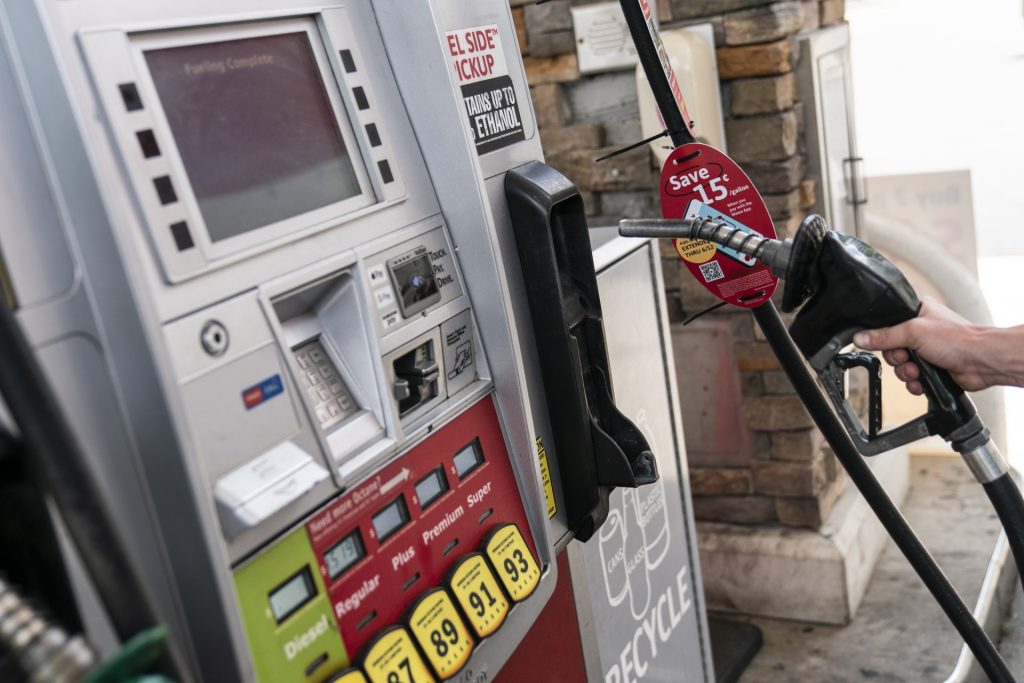 A customer pumps fuel at a Wawa gas station in Annapolis, Maryland, US, on Saturday, May 28, 2022. Gas prices have jumped 40% since January, to a record of $4.59 a gallon one week before Memorial Day, the traditional start of the peak driving season. (Joshua Roberts/Bloomberg via Getty)

“Well, look, I think I was wrong then about the path that inflation would take. As I mentioned, there have been unanticipated and large shocks to the economy that have boosted energy and food prices and supply bottlenecks that have affected our economy badly that I didn’t — at the time didn’t fully understand,” Yellen acknowledged.

“But we recognize that now,” she said.

Bidenflation has caused the president to become frustrated and increasingly deflect responsibility by blaming aides for not addressing the problem.

According to the Washington Post, “Biden has privately grumbled to top White House officials over the administration’s handling of inflation, expressing frustration over the past several months that aides were not doing enough to confront the problem directly.”

But Biden has continued his war on American energy. Breitbart News reported:

Biden has waged war on both public and private financing of oil drilling while subsidizing green-new-deal-like energy plans. As a result, American oil production is down from 2019, the year before the pandemic. Hard numbers suggest 2022 oil production is 12 million barrels per day, or eight percent less than in 2019.

Biden has made it increasingly more difficult for oil companies to gain financing to drill on private lands. He has also halted new drilling on public lands and terminated the Keystone Pipeline project that would have transported vast amounts of oil to American refineries.

It is not the first time Biden has shielded himself from blame for inflation.