John Deere has confirmed it will move part of its Tractor and Cab Assembly Operations facility in Waterloo, Iowa, to Mexico by the 2024 fiscal year.

While the machinery manufacturer plans on bringing new manufacturing products to the Waterloo plant, in a statement provided to Breitbart News, a Deere and Co. spokesman confirmed their intentions to ship part of their operations to Mexico.

John Deere’s plan to bring new product programs to our operations in Waterloo, Iowa makes it necessary to consolidate the manufacturing of cabs from the Tractor and Cab Assembly Operations (TCAO) to Ramos Component Works in Mexico. The decision to move cab production ensures the company can balance workforce needs within the tight labor market, while also ensuring Waterloo can open up floor space to manufacture new products.

The move is expected to be completed during the 2024 fiscal year. The number of employees affected will depend on where the business is with respect to production volumes, employee attrition over the next two years, and new product program needs.

We estimate that approximately 250 production employees could be impacted, but anticipate attrition and the tight job market will mitigate that impact.

There are “approximately 1,100 people” employed at the Waterloo facility, KWWI reported. 2020 U.S. Census data indicates that Waterloo has a population of over 67,000 residents.

Breitbart News reported in October 2021 that “[o]ver 10,000 John Deere workers from 14 different locations” went on strike, demanding that the machinery manufacturer provide employees with “the ability to earn a decent living, retire with dignity and establish fair work rules.” 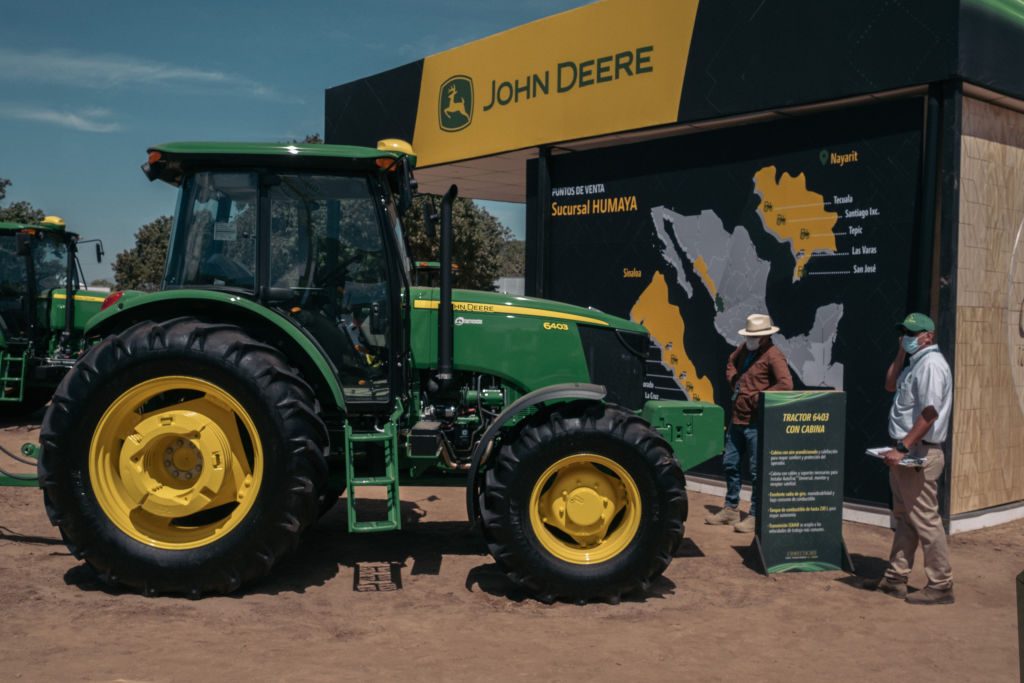 The strike ended a month later after striking workers reached “a collective deal” with John Deere management. The Agence France-Presse (AFP) reported that “according to the UAW, the deal includes ‘an $8,500 signing bonus; 20 percent increase in wages over the lifetime of the contract with 10 percent this year,’ expanded options for retirement and enhanced performance benefits.”

The union also noted that 61 percent voted in favor of the new agreement, while 39 percent were against it.

Breitbart News has previously documented the offshoring of American manufacturing jobs to Mexico. In 2021, the Ford Motor Co. announced plans to offshore a $900,000 million investment for a plant “originally intended for an Avon Lake, Ohio plant to a site in Mexico.”

Breitbart News also reported “[i]n 2020, about 108,846 Americans lost their jobs as a result of free trade,” according to federal data.

“American manufacturing is vital to the U.S. economy, as every one manufacturing job supports an additional 7.4 American jobs in other industries,” Breitbart News noted.
You can follow Ethan Letkeman on Twitter at @EthanLetkeman.