Shrier, the author of Irreversible Damage: the Transgender Craze Seducing Our Daughters, wrote at her Substack column Thursday that the leaked materials from a meeting of the California Teachers Association (CTA) last month revealed the union “advising teachers on best practices for subverting parents, conservative communities and school principals on issues of gender identity and sexual orientation.”

“Speakers went so far as to tout their surveillance of students’ Google searches, internet activity, and hallway conversations in order to target sixth graders for personal invitations to LGBTQ clubs, while actively concealing these clubs’ membership rolls from participants’ parents,” she added.

The documents and files, Shrier reported, were “authenticated by three conference participants,” at a sold-out event in Palm Springs October 29-31:

The “2021 LGBTQ+ Issues Conference, Beyond the Binary: Identity & Imagining Possibilities,” provided best practices workshops that encouraged teachers to “have the courage to create a safe environment that fosters bravery to explore sexual orientation, gender identity and expression,” according to the precis of a talk given by fifth grade teacher, C. Scott Miller.

According to Shrier’s report, some of the union’s workshops advised teachers on how to create the LGBTQ clubs commonly known as “Gay-Straight Alliance” (GSA) groups, while one – “Queering in the Middle” – zeroed in on how to especially grab the attention of middle school-age children.

Lori Caldeira, Buena Vista Middle School teacher and LGBTQ-club adviser in the Spreckels Union School District (SUSD) is reportedly heard on an audio file addressing the issue of what to do about parents who object to their 12-year-old participating in an LGBTQ club.

“Because we are not official – we have no club rosters, we keep no records,” Caldeira reportedly said. “In fact, sometimes we don’t really want to keep records because if parents get upset that their kids are coming? We’re like, ‘Yeah, I don’t know. Maybe they came?’ You know, we would never want a kid to get in trouble for attending if their parents are upset.”

Another middle school teacher, Kelly Baraki, was reportedly heard describing how she has changed the name of her “GSA” to the “Equity Club,” and then later to “You Be You,” in order to keep parents at bay.

Shrier said both Caldeira and Baraki led a workshop titled, “How we run a ‘GSA’ in Conservative Communities.”

Keeping middle school children focused on their sexual orientations and gender identities is still a challenge to these activist teachers. 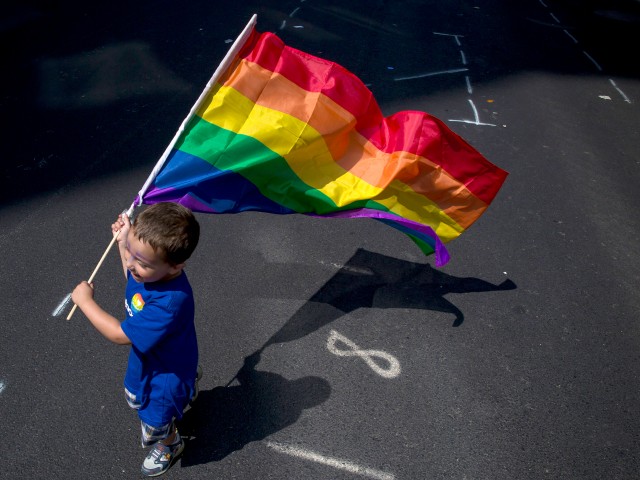 So, we started to try and identify kids. When we were doing our virtual learning – we totally stalked what they were doing on Google, when they weren’t doing school work. One of them was googling “Trans Day of Visibility.” And we’re like, “Check.” We’re going to invite that kid when we get back on campus. Whenever they follow the Google Doodle links or whatever, right, we make note of those kids and the things that they bring up with each other in chats or email or whatever.

“We use our observations of kids in the classroom—conversations that we hear—to personally invite students,” Baraki reportedly continued. “Because that’s really the way we kinda get the bodies in the door. Right? They need sort of a little bit of an invitation.”

Caldeira reportedly said she uses her job as the teacher who runs morning announcements as another strategy:

I’m the one who controls the messaging. Everybody says, “Oh, Ms. Caldeira, you’re so sweet, you volunteered to do that.” Of course, I’m so sweet that I volunteered to do that. Because then I control the information that goes home. And for the first time, this year, students have been allowed to put openly LGBT content into our morning announcement slides.

Caldeira apparently touted in the audio clip that her LGBTQ student “team” consists of three children, “two of them are non-binary, and the other one is just very fluid in every way – she’s fabulous.”

“So, it’s actually a nice group,” she reportedly said. “And the principal, she may flinch, but she [flinches] privately.”

To prevent the problem of “parent backlash” after middle schoolers spill the beans to their parents about the actual content of the “anti-bullying” presentation taught by Caldeira and Baraki, Shrier reported Baraki said, “Next year, we’re going to do just a little mind-trick on our sixth graders.”

“Parents who oppose this material being taught to their sixth graders will find that their objections arrive too late,” Shrier noted, commenting further on some of the two teachers’ remarks about parent objections.

Baraki, for example, mocked one parent who objected to the presentation, asserting she had not planned on discussing gender identity with her middle school-age child as yet.

“I know, so sad, right?” Baraki was apparently heard ridiculing the parent. “Sorry for you, you had to do something hard! Honestly, your twelve-year-old probably knew all that, right?”

When another parent voiced strong objections to the content of the presentation and the principal suggested she send her child to a private school, Caldeira reportedly said, “So that was a win, right? We count that as a win.”

“Plus, I hate to say this, but thank you CTA—but I have tenure!” the teacher boasted further. “You can’t fire me for running a GSA. And so, you can be mad, but you can’t fire me for it. CTA has made it very clear that they are devoted to human rights and equity. They provide us with these sources, these resources and tools.”

Shrier observed the irony of Caldeira’s comment to her teacher audience.

“You should know, we’ve also acted with great integrity in the past several years that we have run [a GSA],” Caldeira reportedly said. “We never crossed a line. We’ve wanted to, but we never have.”

UPDATE from the School District re: Yesterday's Bombshell About Activist Teachers

The school district provided the following response to Shrier’s report, noting, “The teachers were using personal leave to lead a breakout session in their roles as CTA members; they were not officially presenting on behalf of SUSD, nor were their presentation materials or comments reviewed by SUSD administration.”

“Many of the comments and themes stated in the article are alarming, concerning, disappointing, and do not in any way reflect the District or Board of Education’s policies and practices,” SUSD officials said, addressing the steps the district is now taking:

“Regarding the teachers involved, appropriate personnel steps are being taken to make sure such activities and comments will not be repeated,” the response stated.