The disconnect between beauty and popularity in music has never been greater. Where once America sang the Beatles or Motown (“The Sound of Young America”), today the music industry is severely fragmented. Gangsta rap. Speed metal. Trip-hop. The major recording companies whine about declining profits even as they pay Mariah Carey $18 million not to record. 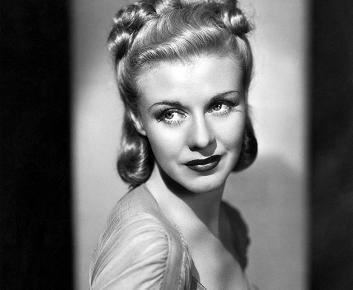 Unanimity of public opinion over popular song has passed. Music, which used to unite, now divides. Eminem and Ludacris would have been unthinkable thirty years ago. We live in an antinomian age where it’s hip to defy conventional wisdom long after every vestige of conventional wisdom lies in tatters. Where Keats’ Grecian Urn once proclaimed, “Beauty is truth, truth beauty,” today’s antinomian consumer proclaims, “Whatever,” in a voice oozing ennui.

Cultural arbiters such as The New York Times, Entertainment Weekly, and People regularly cover hip-hop as serious art, generally in the music section. But if music is a combination of rhythm, harmony, and melody, where does hip-hop, with its chanting and choruses “sampled” from better songs fit in? Is it music? Not by definition. It’s a perpetuation of “the dozens,” the tradition of black cultural put-downs and sports-style cheerleading set to a beat.

The Billboard Top 100 is depressing. The artists are either rappers or American Idol survivors. It’s great that Stevie Wonder sings a song with the Jonas Brothers, but where is the new Stevie Wonder?

Thank God for the divas. Thirty years ago, the divas were Diana Ross, Aretha Franklin, Martha Reeves, Patti LaBelle and their ilk–real women with real songs. Today’s divas are Britney Spears, Christina Aguilera, Whitney Houston, and Ashlee Simpson. Can anybody hum anything by Britney Spears or Christina Aguilera? How about the Back Street Boys, ‘N’ Sync, or Justin Timberlake? Today’s divas, exemplified by the vocal acrobats on American Idol, prove their divaness by avoiding the melody.

There are Top Forty artists who still value craft. Occasionally, a real song makes it on the play list. Maroon 5 and Leona Lewis suggest song craft is not entirely dead. It has merely been driven underground.

If you’ve never hummed a Beatles song, have no love for The Who, Cheap Trick, the Raspberries, Gerry and the Pacemakers, Stone Roses, Tom Petty, Linda Rondstadt, the Bangles, the Beach Boys, the Beckies, Badfinger or the Byrds, stop here. Go back to your X-Box.

Like Australian convicts, eucalyptus trees and the nutria, pop music has flourished in exile. Thousands of bands have taken advantage of new technology to record themselves, and offer their product over the Internet. Thanks to downloadable programs like GarageBand.com, you don’t even need to produce CDs.

Most self-released records go for twelve to thirteen dollars. Not cheap, but they offer things no major label can match: unalloyed joy and soaring pop song craft. Peter Townshend, lead singer and guitarist for The Who, coined the term “power pop” to indicate the type of complex, joyful, upbeat music pioneered by the Beatles. Power pop songs use harmonies and have at least three chords.

PowerPop keeps track of many of these bands. Most have their own websites. All pursue song craft with skill and passion: The Offbeat, The Churchills, The Davenports, The Wigs, The Wellingtons, Scott Miller, Sloan, L’Avventura, Superdrag, The Shazam, Heavy Blinkers, Bryan Scary, Hindu Rodeo, Michael Carpenter and Ness, to name a handful of the more important bands.

Independent popsters are more politically savvy than their gargantuan Top 40 Counterparts. (Did you ever imagine that Bruce Springsteen, who started so well, would end up spouting socialist crap?) Hindu Rodeo in particular gets it. On their first, self-titled album, “Evil White Man” gleams with pop smarts and a great hook. “I wish I was a woman/ So I’d think with my head/Not just the one ‘tween my legs/So I’d live twice as Long/Dance on my grave when I’m gone/But I’m an evil white man.”

Their second album, Nalladaloobr, is even better with brilliant, incisive, and danceable songs such as “McLife,” “American People” and “Somebody’s Eyes.”

Greg Pope’s Popmonster which dominated ’08’s Top Ten Lists, proves the power of the lone artist working by himself. Unbelievably, Greg Pope recorded every sound: drums, guitar, keys, you name it, and provided all the vocals. The results are one of the most dynamic shout-it-out rock records since Born to Run.

Other power poppers who do it all themselves include Bryan Scary on his first record, Ed James, Josh Fix whose Free at Last came out of nowhere to land on everybody’s Top Ten, Jason Falkner, Roger Joseph Manning Jr., Michael Behm, and the Well Wishers to name a few.

Bill Majoros of The Foreign Films released a two disc debut set in 2007 that compares favorably to The White Album for sheer breadth and scope. The Foreign Films play with an overwhelming emotional power that most modern bands can’t grasp.

Some power poppers achieve major label success but they are the exception and not the rule. Barenaked Ladies and Fort Collins, Colorado’s Color Me Pink are two such bands.

Seattle-based Sub Pop has offered haven to The Shins, Fleet Foxes, and Flight of the Conchords.

Not Lame Records is foremost among the tiny independent labels carrying the power pop torch. Not Lame’s premier act is the Nashville-based Shazam, a trio with soaring, anthemic songs and enormous guitar. Not Lame’s owner, Bruce Brodeen, is a devout Christian who trained to be a Lutheran minister. One day he had an epiphany: he was to start his own label. Not Lame has rescued stunning power pop from the past such as the two Toms records, another one man band in the person of Tommy Marolda.

New York-based Rainbow Quartz Records is another outstanding power pop label, specializing in finding acts from all over the world. Especially Sweden. During this season of ABBA revival it comes as no surprise that the dark Scandinavian countries produce some of the sunniest music ever recorded. In particular, Rainbow Quartz’ Marmalade Souls is a haunting evocation of Mommas and Poppas era rock with a spark of fresh genius.

Rainbow Quarts is also home to Andy Bopp (Myracle Brah) and RockFour, the tightest rockin’ psychedelic band to ever emerge from Tel Aviv.

You can find most of these bands on fan sites such as Powerpopaholic and Absolute Powerpop. Every year going as far back as I can remember has been notable, but 2008 was one of the very best. You can find my Top Ten list and numerous others at: Not Lame Blog.