I’ve packed my car with books and posters to sell at the San Diego Comic-Con. As a comic-creator this is a mandatory part of the business that’s both fun and productive. It’s our journey to Mecca without all that obnoxious stoning and calls to the end of Israel.

In case you’ve been in an Afghanistan cave for the last thirty years, comics are big business. Comics to film projects are in demand at least partially because of the pre-visualization aspect of the medium. Fantasy is an expensive and risky genre and comics offer the cheapest glimpse into the depiction of on-screen events before one dime is spent on production. 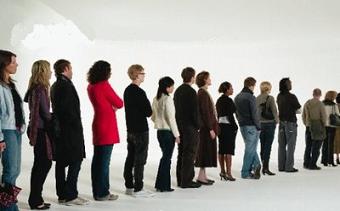 Though the medium is gaining visibility, comics aren’t new. They’re simply words combined with pictures that communicate a sequence of events. They’re actually very similar to the silent film where an actor speaks, then his words appear onscreen to read. We’re Chaplin like that. But my favorite part of the medium is due to it’s power, and I love me some power.

What took James Cameron 200 million dollars to communicate on film with “Titanic” or his up-and-coming “Avatar” one could do for 20k in comics. You don’t get the sound, movement or music but the actual story, lighting, acting, character development the logos could be depicted by one man on the cheap. Can’t get your “Star Wars” made for 150 million? With a small group comprised of one writer, one artist and one colorist, we could depict events from the desserts of Uncle Owen’s vaporator farm to the Death Star without resorting to overseas funding. That’s power.

So why are comics so junky? Well, like all things that came into popularity in a post-modern era we don’t exactly have the most literate authors or audiences surrounding the medium. It’s not the graphic novel’s fault that Homer or Da Vinci didn’t made comics. I think we’re in a junk food phase of entertainment where we disrespect the greats of the past to explore our own personal expression and over-the-top stimulation. Comics came into popularity at a generally bankrupt time in entertainment, but this also helps the stand outs in the medium shine all the more.

While I can count the essential graphic novels on two hands the effect of comics on culture is cumulative. There is no single “Batman” that stands up as great literature, but Batman is more of a state of mind than any one book. Spider-Man is like a logo that might as well be an American flag it is so deeply engrained into our culture’s subconscious. When a rockstar wears a Superman shirt or my son wears Hulk underwear or Guillermo Del Toro directs a “Hellboy” movie, I get the feeling we’re stewing more than just ankle-deep in comics. In fact, you cannot separate comics from American culture. It’s where we’re at.

This will be my 20th year of attending the San Diego Comicon. My 10th year of having a booth with my books for sale. Every year, the crowds get bigger, more voracious in their appetite to buy. Now I get daily visits from every studio sending out tendrils looking for cheap IPs to buy and exploit. Hollywood is hungry for material, and this medium has helped me make a good living in a tough town.

I’ll be blogging from the convention all week. Stop by my booth at 1714 if you can find me in the sea of over 110,000 people. I’ll be the comic geek in the Superman shirt–oh, never mind.