Twenty-four year-old Susan La Muse has god-like powers. Actually, her powers surpass those of God since she can reconstitute dead people from scraps of debris and restore them to full health and cognizance. She waves her arms and AIDS disappears from Africa. Every internal combustion engine changes to electric (although the question of what is generating this electricity is never answered.) She makes disparaging remarks about being a “white girl” while celebrating every other race. And she solves most of her problems through sex. 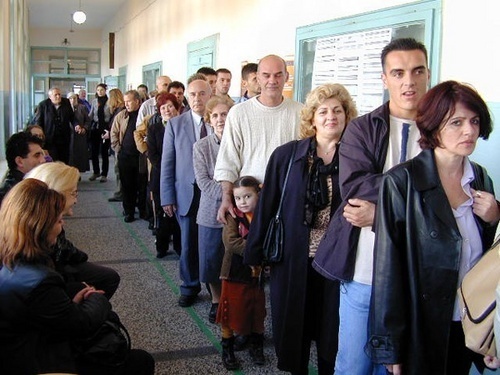 Straight sex, gay, bi, group, it doesn’t matter to the sexually omnivorous Susan whose libido knows no bounds. In her most asinine encounter, which becomes key to “world peace,” Susan pulls a train of skinhead Nazis who quickly see the light, accept their “bi-curious” strains and copulate with her and one another. Thereafter, anyone who views her sex tape becomes one with the world and all living things. And “Kumbaya” was heard in the land.

La Muse intends to be a serious look at the consequences of absolute power but views the world through a politically-correct lens that sets your teeth on edge. People naturally fear and hate her. After one of numerous assassination attempts, La Muse’s Boswell, her sister Libby, writes, “It was another bunch of zealots trying to kill her. Jihadists, anti-abortionists, anti-gay activists (though she’s not gay), intelligent design fanatics, the KKK, Neo-Nazis, you name it, they want her dead.”

Who’s missing from the above laundry list of traditional liberal bugaboos? That’s right. Liberals. No liberal ever wants anyone dead (unless it’s Rush Limbaugh or Clarence Thomas.)

Libby’s an agent for a big shot talent agency. Naturally La Muse becomes an international celebrity and cover model. There’s a lot of inside industry talk. La Muse does interviews. Someone asks if she believes in God. “Really, I just don’t believe there’s a guy in the sky with a beard who hates gays.” At least not since the last time the Ayatollah Khomeni took an airplane. Chapter 2 is called “Enter the Haters.”

La Muse goes on the lecture tour. “Let’s get rid of predatory capitalism, not capitalism per se. There hasn’t been a free market for decades! The corporations have been fixing it! Decapitalization is the way to go! Rewrite capitalism so it works properly! Wealth gets redistributed by the market!” Once again a deep thinker betrays a lack of understanding about basic economics. It’s easy to rail against evil corporations-and so fresh! But where is the understanding that all modern blessings, the miracle drugs that prolong life, air-conditioning, television, the Internet, cars that allow us to cross continents in a few days, the wealth that permits government social programs, are all generated by the private sector? Has our culture become so debased that young people automatically absorb the smarmy assumptions of the liberal sea in which they are forced to swim?

I believe writer Adi Tantimedh is English, so I don’t hold him responsible for his lousy education. England seems to have gone the way of the Dodo bird. Tantimedh does have some good ideas and some good lines. La Muse’s decision to declare herself an independent country inspires thousands of others. That would be great if the focus were on individual rights and liberties, but La Muse only addresses tribes. Her parents show up and turn out to be inscrutably evil aliens.

Susan has only two speeds: full-bore overbearing alpha, and sob-sister. Neither personality is particularly appealing. The key to compelling fiction is to create sympathetic characters with whom the audience can identify.

Artist Hugo Petrus is a mixed bag, good with faces and often quite engaging, as in the full page spread of La Muse stopping a charging taxi on page 33. Elsewhere he fails to provide establishing shots and many of the characters begin to look alike.

Remarkably, the publisher and editor, Big Head Press (they are also my publisher,) are committed Libertarians! Editor Scott Bieser admits he anticipated a conservative backlash to the book, but that should not dissuade readers from seeking out their other publications, including The Probability Broach and Roswell, Texas by L. Neil Smith and Scott Bieser (who is a terrific artist,) and The Architect by yours truly.