When I learned of a new NBC-TV series called “The Wanted,” about an elite investigative team tracking down terrorists-at-large, I naturally assumed the terrorists in question would be Homeland Security priorities: white Christian conservatives building abortion clinic bombs in church basements, anti-government Tea Partiers, and disgruntled military veterans, whose volatile mix of post-traumatic stress disorder and paranoia of big government could cause them to snap at any moment and take out the nearest Obama-appointed czar (after all, there are more czars than there are Secret Service agents to protect them). 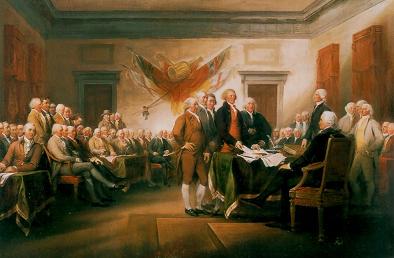 Imagine my astonishment when I discovered that “the wanted” of the show’s first two recent episodes (you can see them here; four more have been produced but are not presently scheduled) were Islamic terrorists. This is an encouraging new development, considering that Western governments and media have increasingly made taboo any reference to a connection between Islam and acts of terror (of course, the Islamists themselves never got that memo, because they insist on quoting Islamic theology to justify their murder and mayhem). And the left-leaning entertainment industry has virtually ceased pitting heroes against the real-world threat of jihadis, falling back instead on more fashionable stock bogeymen like corporate executives, Marvel Comics supervillains, and, well, corporate executives.

But now along comes a major network TV show that makes no apology for identifying and targeting Islamic terrorists, and its investigative team even makes unqualified reference to jihad, another taboo word and a concept that Islamist apologists have nearly indoctrinated us into believing has nothing to do with waging holy war against infidels.What’s next, the apocalypse?

The aforementioned elite team consists of producer/journalist Adam Ciralsky, former Green Beret Roger Carstens, former Navy SEAL Scott Tyler, and war crimes prosecutor David Crane. In episode one, they zero in on an extremist imam in Oslo called Mullah Krekar, the founder of Ansar al-Islam, a group closely allied with al Qaeda and at the forefront of anti-coalition attacks in Iraq. Krekar is wanted for prosecution in Iraq but is being sheltered by the Norwegian government, which refuses to extradite him to a country that might mistreat or execute him. (Personally, I don’t see the problem with shipping these murdering, openly bigoted supremacists off to any country that might mete out the serious justice they deserve, but that’s why I’m not a politician).

In episode two, the team heads to Hamburg in pursuit of terrorist financier Mamoun Darkazanli, who is credited with funneling money to the 9/11 hijackers – but Germany is waiting for an official indictment from Spain before they hand him over (it’s complicated).

Liberal critics of the show ridicule the team for “hunting down” suspects who are practically listed in the phone book, but they’re missing the point: it’s outrageous not because these evil men are hidden among us, but precisely because they’re living openly in, and being protected by, countries whose very downfall these Islamists are plotting. Sadly, “The Wanted” doesn’t provide the satisfying closure of a “Law and Order”; in both episodes, the best the team can manage is to pressure the European governments to quit stalling and finally cooperate on legal action against the suspects.

Sounds reasonable, if unexciting. And yet “The Wanted” seems to drive liberal entertainment bloggers into a frothy outrage.Slate‘s critic derided its “frenetic pandering to base instincts” – base instincts such as the uncivilized urge to bring war criminals to justice, I presume. Lucy Dalglish of the Reporters Committee for Freedom of the Press frets, “Is this supposed to be journalism?” She and others worry that this show promotes vigilante journalism, the kind that led one cornered suspect to kill himself in the pedophile-hunting “To Catch a Predator” (frankly, if this show does lead to any terrorists killing themselves, then that’s a big plus in my book). Lydia Khalil, who labels it “dangerous,” and Baltimore Sun critic David Zurawik, who stretched for a hyperbolic denunciation of the show as “McCarthyism,” are apparently concerned that Ciralsky et al are targeting and smearing random innocents: “Who’s deciding who is a terrorist or war criminal?” he frets (for a show that liberals find so easy to sneeringly dismiss, it certainly inspires a lot of fretting). Well Mr. Zurawik, it’s the State Department and other international agencies who have decided who the terrorists and war criminals are, not a rogue vigilante journalist at NBC, as you imply.

The New York Times too disapproves of “The Wanted” blurring the line between journalism and activism. Of course, these same critics wouldn’t hesitate to give their imprimatur to the show if the suspects were Bush administration officials/torturers, whom the terrorist hunters could hold accountable for reading all our private e-mails and for callously disregarding the legal rights and cultural sensitivities of foreign Muslim fundamentalists who yearn to hack off infidel heads. The Obama-era journalists who gleefully declared “Objectivity is passé!” suddenly feign blustery moral indignation, though, when a journalist assists a former SEAL and a Green Beret in the pursuit of the Western world’s real enemies.

If this show brings attention to “an overlooked story,” as NBC producer David Corvo calls it, then I’m all for it. If more journalists committed themselves to shining a spotlight on, and actively taking down, such vile monsters as Mullah Krekar instead of targeting Joe the Plumber, dutifully transcribing every lie out of the mouth of Bristol Palin’s slimy ex-boyfriend, or giving us breathless updates on who gets Michael Jackson’s children, then maybe they’d earn a little more respect and trust from the public.

But liberal entertainment critics, who serve no useful function in society, are one thing; what about the people “The Wanted” represents? One unnamed person in the Department of Defense’s special ops community said, “Everyone I’ve talked to said that it was well done, didn’t reveal a lot of our trade secrets – if you will – and left me feeling that somebody’s doing something about a problem we all know exists and, frankly, we can’t do anything about.”

The show’s critics do have legitimate complaints about some of its stylistic glitz, its forced tension (such as a lengthy car chase that fizzles out rather pointlessly), its exposition-heavy dialogue and staged conversations, and its lack of dramatic takedowns. Could “The Wanted” use a little retooling? Certainly. But it already gets its most unique, core elements right: it exposes the bureaucratic apathy of Western governments who coddle some of our most dangerous enemies, and – like “To Catch a Predator” – “The Wanted” raises viewer awareness of the monsters walking free among us.