Twelve years ago in his breakout performance as an arrogant young genius in Good Will Hunting, struggling fresh-faced actor Matt Damon sneered at his Boston psychiatrist for “surrounding yourself with all the wrong f__kin’ books. You wanna read a real history book, read Howard Zinn’s People’s History of the United States. That book’ll f__kin’ knock you on your ass.”

The political left loves shout-outs, and this was a direct one to Zinn himself, whom Damon actually lived next-door to as a child, and whose book apparently knocked the actor on his own behind. “Ben (co-screenwriter Affleck) and I were laughing our asses off writing that,” he recalls. (What is it with Damon and the word “ass”?) “We liked it that the smartest guy in Boston was reading Howard Zinn.”

Self-proclaimed radical historian Howard Zinn, 87, is arguably the most popular proponent of the “history from below” school of historiography, which explores past events from the perspective of everyday people as opposed to the so-called “Great Men” theory, which actor Josh Brolin, another Zinn devotee, calls mere “propaganda.” The Boston University professor wasn’t the first academic to pioneer this approach, but he is no doubt the first to dispense with tedious scholarly ballast like footnotes and citations, and to have pop culture powerhouses like Damon, Brolin and Pearl Jam running interference for his openly politicized agenda. His 1980 book A People’s History of the United States, one of the best-selling history books of all time thanks partly to Damon’s shout-out, is a litany of oppression and exploitation on the part of America’s white ruling class, a “raggedly conceived Marxist caricature” of American history, as David Horowitz calls it in Unholy Alliance: Radical Islam and the American Left.

Yet Zinn’s book is as ubiquitous in high school and university classrooms as sexual tension. His website proudly asserts that “no other radical historian has reached so many hearts and minds.” Well certainly, no other has darkened as many young hearts toward America and clouded as many young minds with utter disdain for facts and objectivity. Like his fellow academic cult figure Noam Chomsky and President Obama’s former associate and ghostwriter, unrepentant-terrorist-turned-radical-educator William Ayers, Zinn’s world view is powered by a relentless and hateful leftist fantasy: that the American government is and always has been racist, oppressive, warmongering, and ruthlessly exploitative, and that it must be subverted. And that subversion begins in classrooms all across America, which is why the left has worked so hard over the decades to imbed itself in America’s educational system. 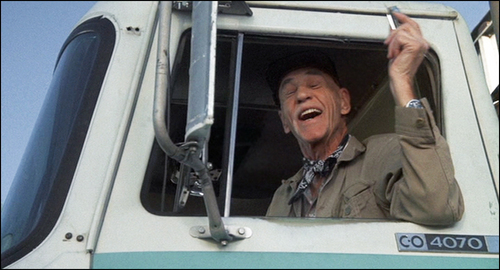 Zinn encourages among students what journalists in the age of Obama have openly embraced: not even a pretense of objectivity or balance. “Objectivity is impossible,” he once claimed. Granted, historians have long accepted that no writer of history can be completely free of all cultural and personal bias. But whereas this self-awareness normally spurs historians to strive all the harder for objectivity and fidelity to facts, Zinn’s solution is to embrace bias and selectivity as positives, and use them as tools for the left’s Utopian pursuit of social justice: “If you have any kind of a social aim,” says Zinn, “if you think history should serve society in some way; should serve the progress of the human race; should serve justice in some way, then it requires that you make your selection on the basis of what you think will advance causes of humanity.” (Emphasis added) In other words, it’s not enough for historians to piece together the clearest, most honest picture of the past to give us insight into our present and future; they are morally obligated to selectively shape the material in ways that they think will advance certain causes, even at the expense of truth. This is not historiography; this is, as Josh Brolin might say, propaganda.

Along with objectivity, Zinn jettisons some historical highlights that might actually give young Americans reason to feel proud of and more knowledgeable about their country. A Conservative History of the American Left‘s author and Big Hollywood contributor Daniel J. Flynn notes some of the significant omissions in the People’s History:

Washington’s Farewell Address, Lincoln’s Gettysburg Address, and Reagan’s speech at the Brandenburg Gate all fail to merit a mention. Nowhere do we learn that Americans were first in flight, first to fly across the Atlantic, and first to walk on the moon. Alexander Graham Bell, Jonas Salk, and the Wright Brothers are entirely absent. Valley Forge rates a single fleeting reference, while D-Day’s Normandy invasion, Gettysburg, and other important military battles are skipped over. In their place, we get several pages on the My Lai massacre and colorful descriptions of U.S. bombs falling on hotels, air-raid shelters, and markets during the Gulf War of the early 1990s.

Harvard historian Oscar Handlin not only exposed the book’s flaws long ago and shredded Zinn’s “deranged fairy tale”; he also expressed a keen insight: “Brendan Behan once observed that whoever hated America hated mankind, and hatred of humanity is the dominant tone of Zinn’s book.”

Zinn’s experience flying bombing missions in Europe during World War II had a profound effect on him and shaped his perspective of America as an imperialist evil. He went on to become a civil rights and anti-war activist, writing books such as Vietnam: The Logic of Withdrawal and You Can’t be Neutral on a Moving Train. On his website Zinn states, “I start from the supposition that the world is topsy-turvy, that things are all wrong, that the wrong people are in jail and the wrong people are out of jail, that the wrong people are in power and the wrong people are out of power.” This is the kind of nonsensical, anti-establishment rant one would expect from a seventh-grader, not from one of the most influential educators in the country. The KSM’s of the world should be freed from jail, and the Bush-Cheney-CIA axis of evil should be in jail? Yes, that would certainly set the world right. “What’s required,” he says, “is a total turn around. We want a country that uses its resources, its wealth, and its power to help people, not to hurt them.” (Emphasis added) Is America perfect? Is our history without stain? Far from it. But only the pathologically anti-American left can deny that this country has used its resources, wealth, and power largely for good, more than any nation in human history.

This perverse worldview lands Zinn on the wrong side of every issue he addresses: he expressed solidarity with vile academic fraud Ward Churchill, who dismissed the 3,000 victims of the 9/11 attacks as “little Eichmanns”; he placed the blame for those attacks squarely on the shoulders of American foreign policy, completely ignoring the underlying religious motivation; he endorsed the 9/11 truther movement; he offered support for former professor Sami al-Arian, who was jailed for his key role in the Palestinian Islamic Jihad, as “a victim of a cruel system, in which the rights of anyone who dissents from government policy are in danger”; he denounced “the so-called ‘war on terror'” as “an act of terrorism” itself (“This is not the behavior of a democracy but of a totalitarian state”); and he espoused the moral equivalence of suicide bombing (“The terrorism of the suicide bomber and the terrorism of aerial bombardment are indeed morally equivalent”) as well as the moral equivalence of the terrorists themselves (“the U.S. was reacting to the horrors perpetrated by the terrorists against innocent people in New York by killing other innocent people in Afghanistan”).

Next week Matt Damon, still fresh-faced but now a $10 million-a-movie anti-capitalist, will use his stardom and boyish smile to promote Zinn’s work again. On Sunday The History Channel will serve as a delivery system for Zinn’s subversive anti-American agenda: a documentary co-produced by Damon entitled “The People Speak,” based on A People’s History of the United States and Voices of a People’s History of the United States, which Zinn co-edited with anti-war-on-terror socialist Anthony Arnove. Other Hollywood stars like Brolin, Marisa Tomei, Morgan Freeman, Viggo Mortensen, Rosario Dawson, and Kerry Washington have enlisted to put a pleasing face on this stealth attack (and not only in front of the camera; behind the scenes, Oscar-winning screenwriter Paul Haggis is on the Voices Advisory Board) which will launch on multiple fronts, including a classroom study guide, a performance tour of college campuses around the country, and a soundtrack album. The song titles hint at the soundtrack’s (and the project’s) tone: “The Drums Of War,” “Only A Pawn In Their Game,” “American Terrorist,” “Dear Mr. President,” “Masters of War.” Take that, rapacious military-industrial complex!

Why does a mere History Channel presentation featuring attractive, well-meaning celebrities merit concern? What is at stake here? To return to David Horowitz: “The two Americas that matter in the War on Terror are not those of rich and poor… (They) are an America that embraces its heritage and purposes, and an America that has seceded from both.” The secessionists like Howard Zinn know full well the effectiveness of disseminating their corrosive ideas through education and Hollywood, which Liberal Fascism‘s Jonah Goldberg labels “the most powerful propaganda agency in human history.” These arenas are key to indoctrinating America’s youth and eroding the patriotism that Zinn claims “has caused so much death and suffering.” What is at stake is America’s ability to stand strong and united against the Islamic threat and the challenge of rising new superpowers. What is at stake is our heritage and purpose, as Horowitz would say. What is at stake is the hearts and minds of our nation’s youth.

In that context, Good Will Hunting‘s “smartest guy in Boston” is starting to look like little more than a useful idiot.